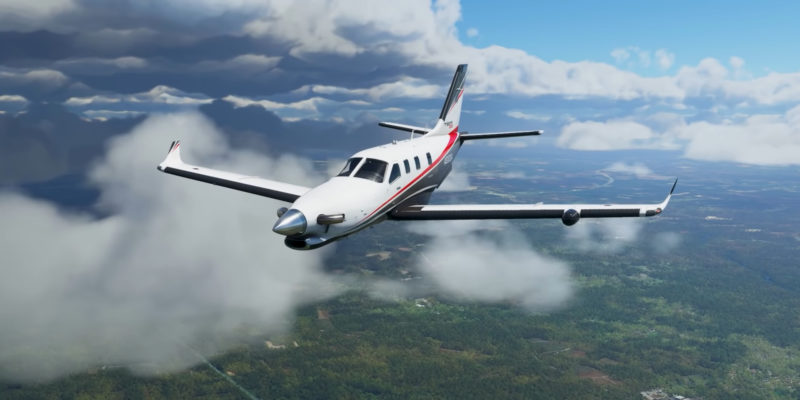 Microsoft and Asobo Studio have announced the release date for Microsoft Flight Simulator. And it’s sooner than you might think. August 18 is when you’ll be able to take to the skies in a myriad of planes around the globe, and pre-orders are now live on Windows 10. Microsoft Flight Simulator will also enter the Xbox Game Pass for PC library, and is available to pre-install through that service today.

There are three editions of the game in total. The standard edition is your typical affair, containing the base game which includes 20 planes and 30 airports. Moving on to the deluxe edition, this one comes with five additional planes and five extra airports. Finally, if you want to splash out, the premium deluxe edition adds another five planes and airports on top of what’s available with the deluxe edition.

Each version increases by $30 USD, with the three editions sitting at $60, $90 and $120 respectively. These are all digital versions of Microsoft Flight Simulator, but those of you in Europe will be able to opt for physical, too. Developer Aerosoft will be distributing the game across Europe, with more details to follow. Here’s a handy table of what each edition contains: 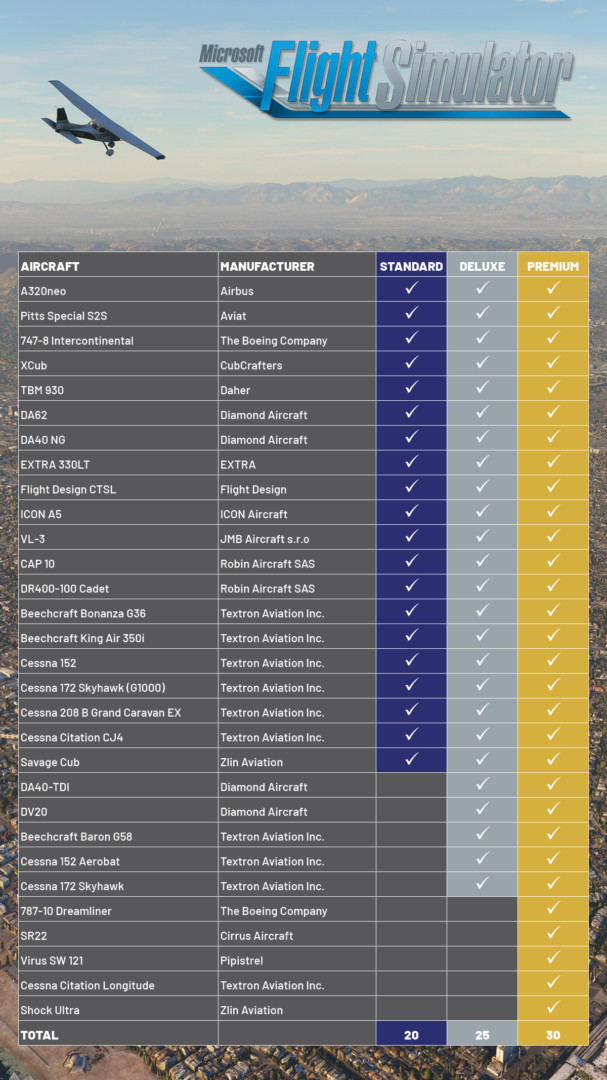 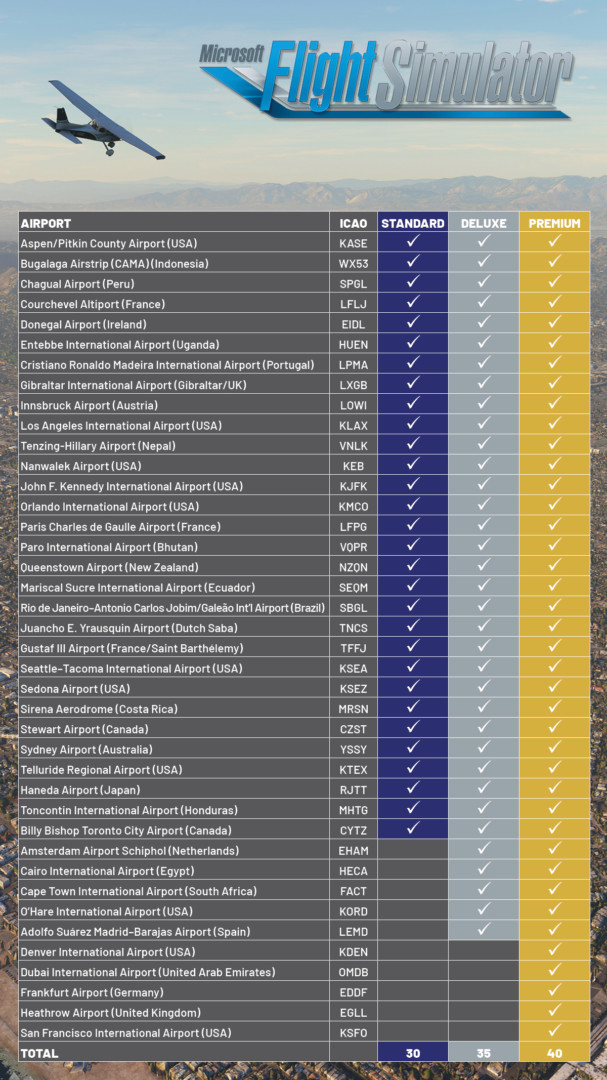 Alongside launch plans, Microsoft further discussed what the game has to offer with a brief rundown of features. These include “vivid and detailed landscapes,” and a world with real-time traffic and weather — as well as animals. Let’s hope you don’t get close enough for a batter view. The news post also goes over a pre-flight checklist system with varying difficulty, as well as dynamic weather and aerodynamic modeling. For you real airplane fans, Microsoft notes that there are over 1,000 control surfaces per plane.

Check out the post in its entirety to see what’s coming for Microsoft Flight Simulator when it launches for PC for a August 18 release date.