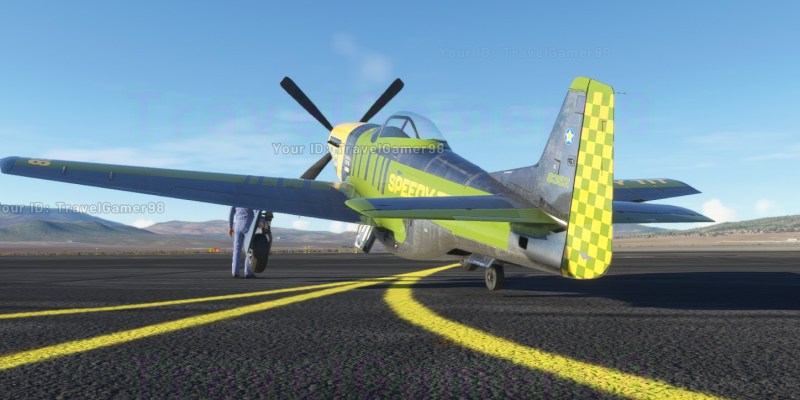 Asobo is gearing up to release the first full expansion for the illustrious Microsoft Flight Simulator in the form of Reno Air Races. Containing over 40 aircraft across four different types, this new expansion is dedicated to those with a need for speed and who want to have a very different experience from the typical gameplay sessions that the regular sim has to offer. After spending some hands-on time with the new content via a recent closed beta, I’m pleased to report that the gameplay of Reno Air Races definitely brings a whole new world for Microsoft Flight Simulator.

However, as has become relatively commonplace with this sim, it’s not without it’s caveats. But, before even going in there, I do want to acknowledge that beta content is just that: beta content of a pre-release build. It’s unfinished and therefore subject to change.

The Reno Air Race expansion for Microsoft Flight Simulator keeps the action locked on recreating the gameplay experience of the real-world event by putting you in the cockpit of four different iconic race aircraft: the P51 Mustang, North American T-6, Pitts Special S1 and L-39 Albatross. The varied selection isn’t just there for sampling-sake, either. Rather, each aircraft is accompanied by not only its own style, but course alteration.

All of the races take place a mere few feet above the Reno Stead airport, a former WWII airbase that’s been converted into an air race course. Nestled just outside of the mountains of Nevada, the surrounding area provides flat, desert land with nothing in sight but wide-open terrain. None of the race aircraft are permitted to go above a little over 200ft., so the lack of buildings and other terrain hazards is very beneficial. But the real challenge comes from sticking to the tight course and not going too high or too low.

As mentioned, each aircraft type handles the Reno race course in its own unique way; they essentially each serve as their own difficulty class.

The Pitts bi-plane is the bottom of the class, offering the simplest experience and smallest course. Despite its slower speed, the Pitts is impressively agile and snappy (a common theme with all four aircraft types), though still manageable. It’s definitely the best choice for starting out with, though it’s not the first aircraft that’s selected when you start a new race.

A little faster than the Pitts is the NA T-6. This former WWII fighter boasts a beefier engine and larger body. It’s essentially the middle of the pack, offering a similar experience to that of the Pitts, but with more speed and a slightly larger course. 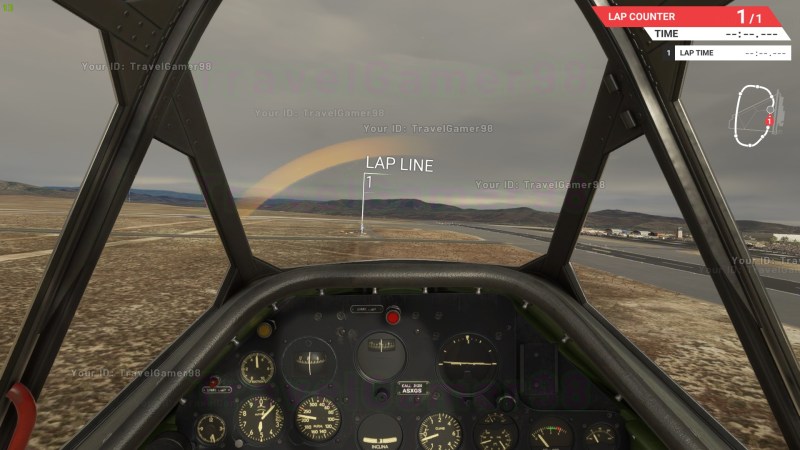 The P51 Mustang may be a piston engine like both of these other props, but it’s far quicker. As an aircraft that came just as the jet age first began to ramp up, it has some serious capabilities in terms of both speed and agility. The difference compared to that of the Pitts and T-6 is quite obvious, and takes some getting used to. 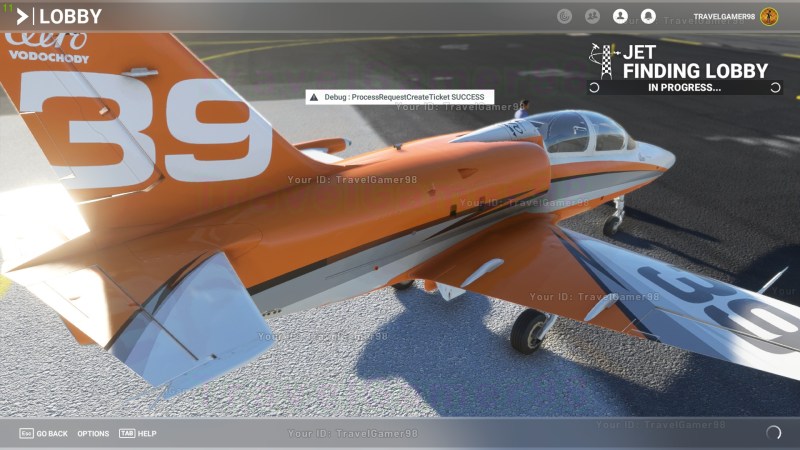 At the top is the L-39 Albatross. Being the only jet-powered aircraft of the pack, it definitely sits in a class all of its own. As a result, it requires the most skill and practice in order to efficiently ace piloting it. It certainly makes for some high-octane action; trying to gauge the speed of its turbine while simultaneously keeping an eye on the rapidly warping ground below and the tight curves of the course is no easy feat.

No matter which aircraft you decide to go with, the name of the game remains the same: fly fast, fly low, and stay close to the flight path. Starting off from the runway, the goal is to properly pass the different pylons that are placed a few miles apart; basically like zipping through checkpoints.

These pylons are wrapped around in a circuit shape, so you’ll constantly find yourself flying more so with a consistent left bank. Flying too high will result in a penalty, as is also the case if you stay too far from the course or cut (miss) one of the pylons. It’s a lot easier to make such errors with these high-flying races than with a traditional ground-based racing vehicle. As alluded to earlier, these aircraft are very responsive; almost shockingly so, in my case. Thankfully, the sim mitigates the effects of any pilot errors by having a feature that instantly snaps you back onto the course in a split second, allowing you to continue the race without much of a hiccup. Of course, any severe mistakes will still hit you with additional seconds, which are what can make or break your race position.

Qualifiers are seemingly more important here than they are in road races. Despite the intense speed of these aircraft, swapping positions doesn’t happen as often as one would think (and this was a surprise to me too). Your best bet is to nail the qualifiers so that you can start the race in a good spot. Otherwise, you may find yourself trailing behind the entire time. 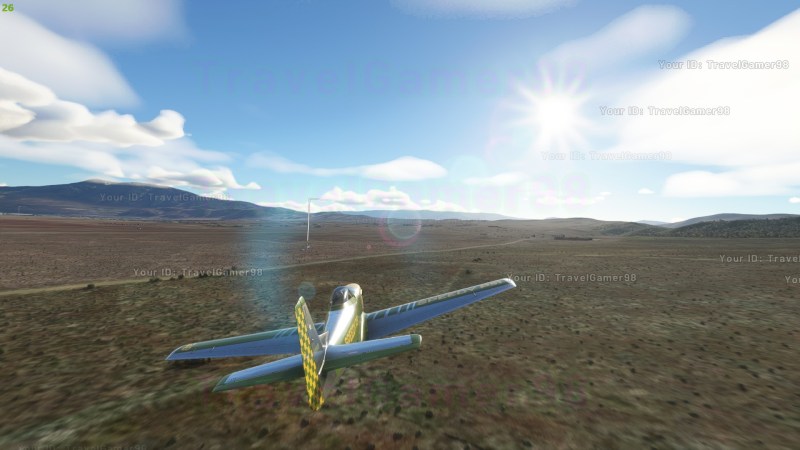 The full race mode was the only one available during this closed beta test — the other mode are the time trials. No matter which category you compete in, your overall score is determined by your best times and finishing position. So, really, the whole objective of this expansion is to continuously keep improving your times, as the result screen constantly reminds you of your global ranking. With only one airfield to conquer in this expansion, the old adage of “practice makes perfect” will certainly reign true here.

What isn’t perfect, however, is the performance. Microsoft Flight Simulator has been notorious for its temperamental performance issues since its initial launch. Asobo has been able to mitigate it to a noticeable extent in recent months, particularly after Sim Update V. However, even the main sim still isn’t fully consistent in this regard. Thus, neither is the Reno Air Races expansion in its current form.

The closed beta was treated as its own, separate and stripped down version of the main sim. Thus, the settings needed to be readjusted. Even though I matched them to what I have in my main copy of the sim, the beta’s performance varied wildly. The aircraft selection menu, which is fully in-game, chugged along at a rock-bottom 10 fps. But, as the race loaded up, the framerate then jumped to the 30 fps mark (where I have the sim locked to). There seems to be a reason for this.

Since the races are one circuit that go a few clips away from the Reno airfield and then loop back, I noticed that anytime the airfield came into view again, my framerate would be halved to around 15 fps. It was manageable enough (surprisingly) for me not to lose control, but still quite jarring. After looking at the forum post of other testers, I quickly found out that other users were having similar results; most of which admitting they’d have to knock back the settings to get the sim to behave properly. Then, as always, there were others who had little to no issues. 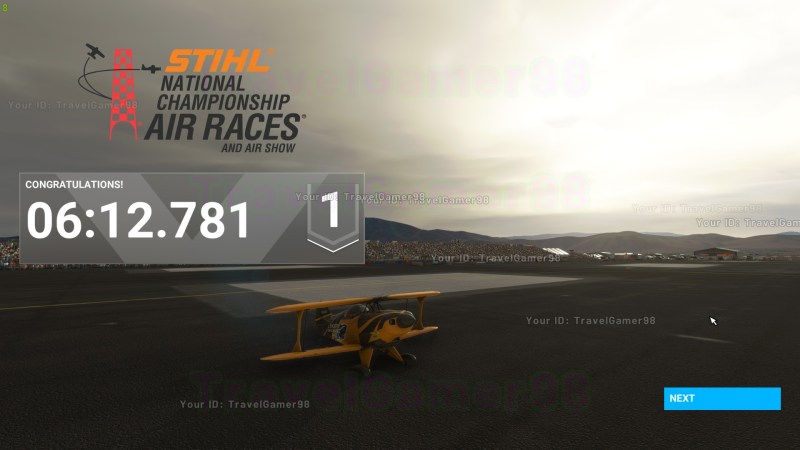 A lot of these technical hiccups with the Reno Air Races expansion reminiscent to that of the main version of Microsoft Flight Simulator. It’s currently anyone’s guess how the full release will behave. But, Sim Update VII is set to release around the same time as this expansion. So, hopefully, more performance tweaks will be included in that. Additionally, I fully anticipate some of the unpolished animations, cinematics, and UI elements will also be corrected by then. They were off-putting to see here, but I just kept in mind that same disclaimer I opened with: this was all a beta test.

That being said, as far as first impressions go, I am intrigued about the Reno Air Races expansion. The new aircraft certainly do standout from all of the other included planes in the main version of Microsoft Flight Simulator, and the general racing experience is legitimately fun and engaging. If Asobo can pull off a stable launch with as little turbulence as possible, then this set to be an enjoyable new experience for flight sim fans.