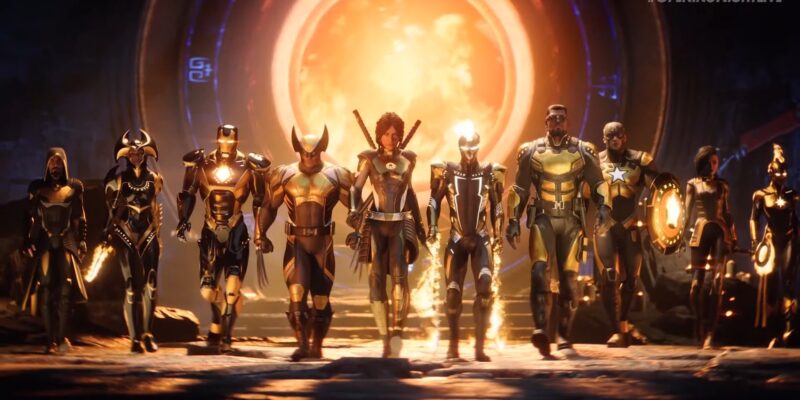 Ever since rumors spoke of an XCOM-like Marvel game coming from 2K, we expected to hear something about it soon. That game is Midnight Suns, the Marvel strategy game revealed today at Opening Night Live 2021. However, I didn’t expect that remix of Metallica’s Enter Sandman in the trailer, but here we are. Midnight Suns is a strategy game coming from the XCOM developer, Firaxis Games, and it stars many Marvel greats like Wolverine, Dr. Strange, Blade, Iron Man, and more.

While you lead the team, your character in Midnight Suns will be a custom character known as the Hunter. As this new Marvel star, your job is to hunt down the powerful necromancer, Lilith. For Marvel fans out there, yes, the game should closely follow an early ’90s comic crossover series called Rise of the Midnight Suns. I imagine the story will follow that comic series, but probably not exactly.

As mentioned, the game is coming to us from Firaxis. The team was behind the popular XCOM strategy game series, so you should expect something similar with Midnight Suns. However, according to Firaxis, Midnight Suns has the Hunter living alongside the other Marvel heroes. Strategizing around the battlefield will be just as important as how you manage team relationships. Hopefully, that means sharing in on some witty banter with Iron Man, and maybe kicking a few back with Wolverine.

Just a taste of things to come

We didn’t get any gameplay in the announcement trailer for Midnight Suns. However, Firaxis is planning on showing more really soon. How soon? Next week, actually, on September 1 at 2:30 PM ET. Personally, I’m not much on strategy games. But I do love me some Marvel, so I’ll be sure to check out the gameplay reveal of Midnight Suns and geek out with the rest of you strategy fans.

Midnight Suns is scheduled to release in March of 2022.

Saints Row reboot revealed with a trailer at gamescom 2021