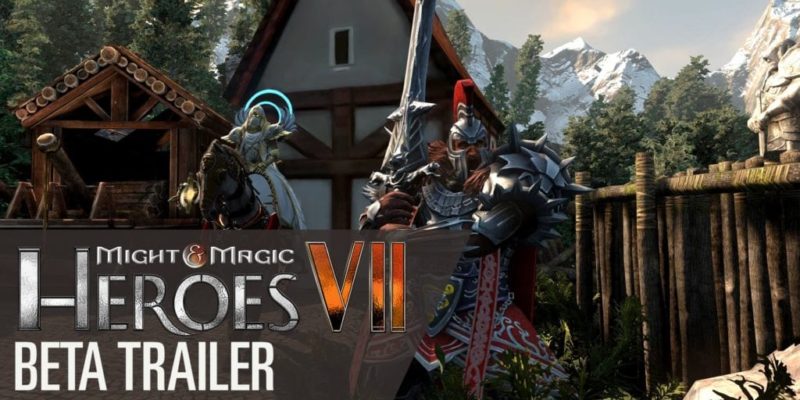 Ubisoft’s Might & Magic Heroes 7 closed beta will launch on 25 May and run until 8 June, but the only way to access it (at least right now) is with a pre-order.

That seems like quite a gamble on the part of the player, but if you have tremendous faith in how Might & Magic Heroes 7 will turn out then I guess a pre-order isn’t out of the question. This game is being developed by Limbic, who did the well-received Might & Magic X: Legacy title in 2014. That was more of a first-person, dungeon-crawling RPG, but it seems to have got the “classic” feel right and demonstrates Limbic know what they’re doing.

The closed beta will have both single and multiplayer options (up to four players simultaneously, in either team or free for all modes) and offers a look at both the Haven and Academy factions. Two skirmish maps will be up and running (‘The Dried Lands’ and ‘Bad Neighbours’,) on which players can expand their town, harvest resources, recruit soldiers and upgrade their heroes. Basically, the sort of 4x-ey type actions you’d expect from a Might & Magic Heroes 7.

There will be no maximum level cap in the closed beta. Might & Magic Heroes 7 is scheduled for release in September 2015. The trailer below shows you how the beta should look.

10 Hours With The Witcher 3: Wild Hunt