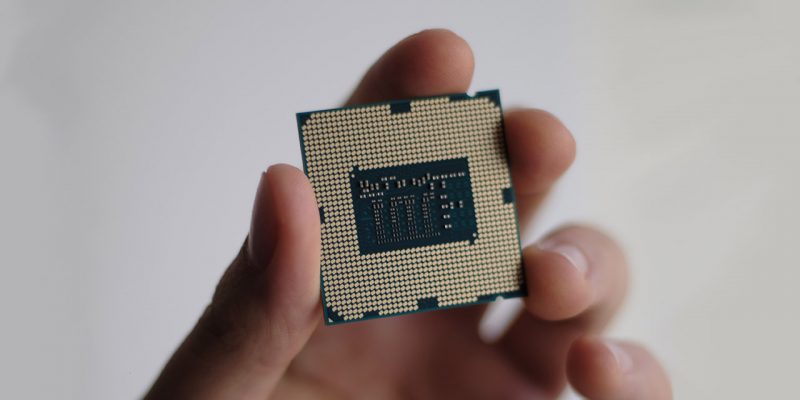 While the full Intel 11th generation desktop CPU lineup isn’t much of a secret these days thanks to benchmarks, pricing leaks, and Intel financial documents that mention a Q1 2021 release, it’s still not an “official” thing. The company has only teased the i9 to date. That’s why it comes as a surprise to learn that the well-known German tech retailer Mindfactory has already sold a bunch of Intel i7-11700K CPUs before the release date or reveal — 120 of them to be precise.

For whatever reason, Big Blue seems intent to hold off on the reveal of the full 11th gen desktop until the absolute end of Q1 2021, which is at the end of March. Seeing as this is another 14nm-based product (which Intel has become very good at making over the past several years), the likelihood of a delay is simply improbable. Plenty of samples have already been benchmarked, the packaging for the i9 has leaked, and some reviewers have even revealed review kits in hand. If you’re looking for a definition of a poorly kept secret, the Intel 11th generation CPUs certainly qualify.

Mindfactory listed and shipped all 120 of the Intel 11700K processors at the end of February for the price of €469 EUR, which equates to roughly $565 USD, excluding tax and shipping. That’s certainly a hefty price for something not that much better the 10th generation equivalents, but you shouldn’t be surprised to learn that there were plenty of enthusiasts that didn’t hesitate on the offer. 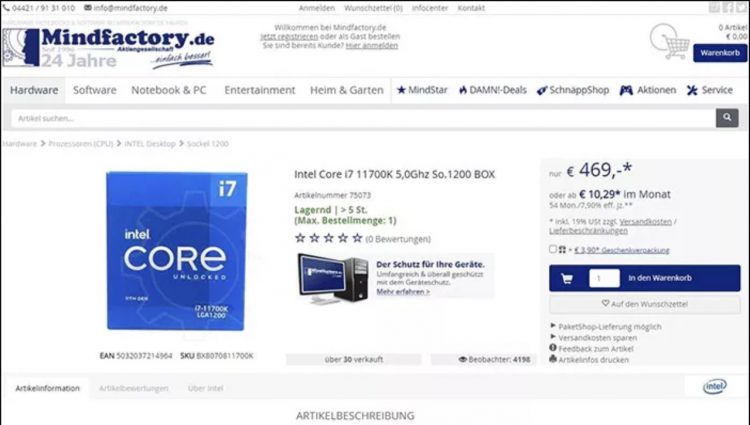 Speaking of those enthusiasts, there were more than a few that were eager to benchmark their new 11700K processors. The results from HardwareLuxx forums show that there is a clear improvement over the 10th generation models, but keep in mind these numbers don’t tell the whole story. Launch day drivers, BIOS tweaks, and hardware configurations can contribute to different performance values.

As you can tell by the numbers, they aren’t all that impressive compared to AMD in multi-threaded performance. However, you can also see that the 11700K is beating out the previous Intel generation, nearly matching the previous i9 despite using two fewer cores. Gamers tend to focus more on the single-threaded numbers though, which tells a better story here. The 11700K is the king of Intel CPUs in this category, and the higher-clocked i9-11900K should manage to match or dethrone AMD’s flagship 5950X. It will certainly be interesting to see what the real reviews demonstrate.

As of now, the 11700K is not listed on the Mindfactory website. We can’t explain why the retailer decided to break the release date embargo and sell these 11700K chips in the first place, but it may face legal repercussions from Intel for doing so. It was certainly not a smart move. Perhaps this incident will force Intel to finally announce the 11th generation lineup though. We’re certainly ready to get the full product specifications and pricing.