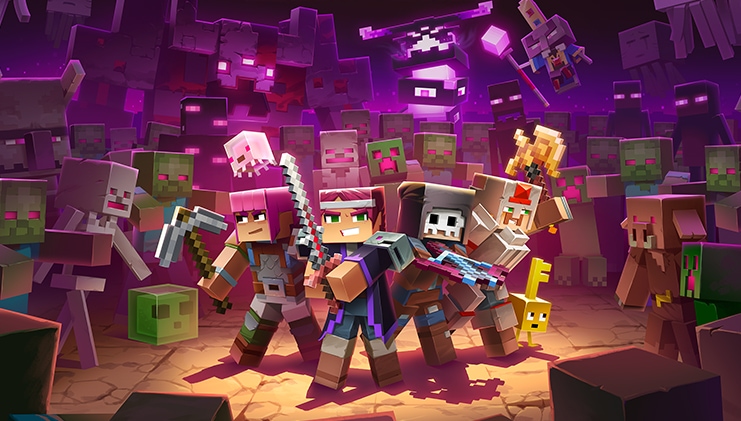 If you’ve been feeling a little bored in Minecraft Dungeons or are just looking for a reason to go back to it, you’re going to have some content to keep you busy when the Echoing Void DLC releases this month. On July 28, the DLC will arrive on all platforms. You best get your gear ready and set up your strongest loadout, because it’ll be taking you to an all-new area with unique challenges aplomb. The DLC is the final part of an enduring storyline that began over a year ago. The Orb of Dominance had been corrupting the overworld and was shut down, but now, players will be going after the Endermen on their own ground.

Naturally, this means that players will find themselves delving into the depths of the succinctly named The End, which will allow them to explore the location. It also features new enemies and missions, as well as new legendary gear to slap on your voxels. Alongside the Echoing Void DLC, there is an additional content update included. Powerful new enchantments, including Shadowblast, Void Strike, and Ambush, are being added. More importantly, a new mission called Gauntlet of Gales, which is set in a location reminiscent of a maze that’s filled with puzzles to solve. This can be embarked upon by accessing your mission map.

As Minecraft Dungeons is a Minecraft game, there’s still more content planned beyond the Echoing Void DLC. As for what it’ll be and when we’ll get it, there isn’t any information. But you can rest assured this isn’t the last we’ll see of the game. Additionally, a new Ultimate Edition of the game will become available on July 28, including the base game and all DLCs. If you haven’t tried the game out yet and are itching for a cute ARPG, this might just be the time to let it get its hooks in you. 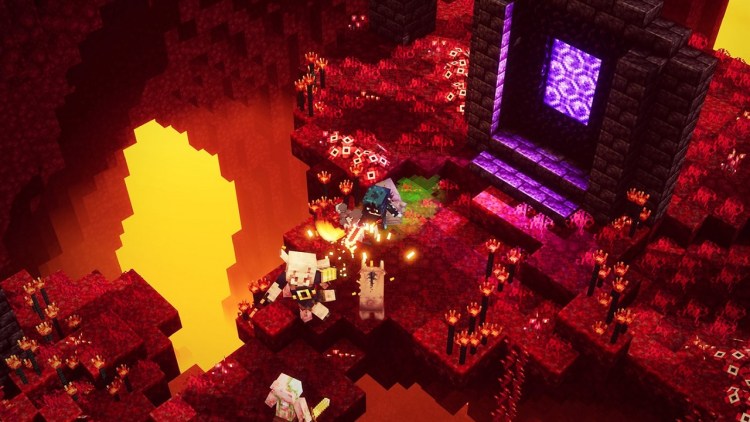 Fall Guys welcomes you to the jungle for Season 5