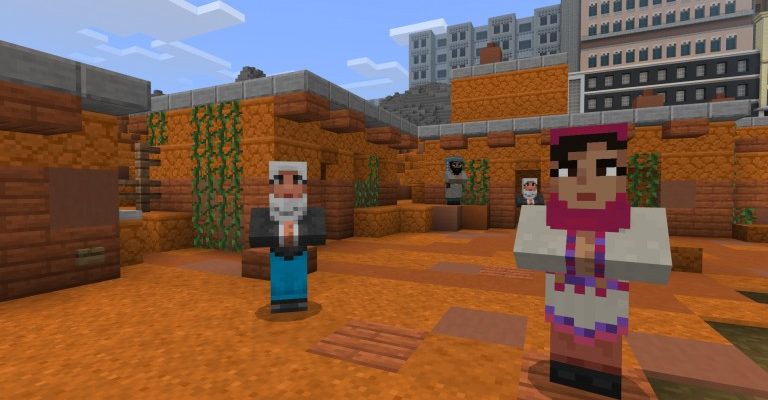 Obviously, there was no Minecraft Festival this year. The convention was canceled back in February of 2020, and since things aren’t actually any better now, 2021 followed suit. Much like many other cons, it pivoted to an online event called Minecraft Live that kicked into gear last October. Well, it’s been nearly a year, so Minecraft Live 2021 has once again been announced for this October. Developer Mojang teased the announcement with promises that the event would have some news that fans won’t want to miss, as well as special talks with content creators. You can’t exactly dress up in a blocky costume while carrying a blocky pickaxe, but this will have to do for now.

In case you’re counting the days until Minecraft Live 2021, you’ll be happy to know that it starts on October 16 at 12 PM ET. And that is about a month and a half away from now. The event will be available in multiple places, including YouTube, Twitch, and Facebook. Mojang also detailed who fans can expect to see during the show, as Mojang employees will take the stage alongside community spotlights and a couple of “surprises.” I don’t think Danzig will show up, though, so don’t get your hopes up that high.

The 2020 iteration of Minecraft Live lasted a couple of hours. It prominently featured an update announcement, as well as a mob vote, which ended up getting mobs from Minecraft Dungeons and Minecraft Earth added to the regular game. If Minecraft Live 2021 follows suit, it’s likely that we’ll get a firmer release date on the upcoming second half of Caves and Cliffs, which fans have been waiting for.

There will probably also be another vote. Maybe they’ll vote on adding a Mexican buffet to the next Minecraft Festival, as that’s the only thing that could ever get someone like me to go to that. It would have to be all-you-can-eat obviously. And red sauce for the enchiladas, please. None of that green stuff. Naturally, it will be a mob vote, and the creatures getting added to the ticket are likely in the announcement trailer: