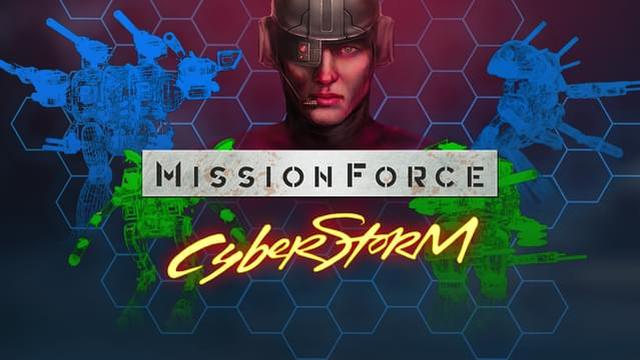 The 1990s were a glorious period for PC gaming. Those years provided blockbuster franchises alongside more niche titles such as MissionForce: CyberStorm, a classic turn-based strategy game first released in 1996. It was developed by Dynamix and published by Sierra On-Line, and now the IP is owned by Activision. It’s part of the Earthsiege setting created by Dynamix, which also includes the Metaltech and Tribes series. It’s a rather unique type of cyberpunk-ish mecha sci-fi strategy game. And now, GOG has unearthed the rights and re-released this title for a bargain.

In MissionForce: CyberStorm, you control units called HERCULANs, which stands for “Humaniform-Emulation Roboticized Combat Unit with Leg-Articulated Navigation”. These are bipedal war machines of varying size and construct that go by the colloquial name of HERCs. So, basically remote-controlled mechas, but with a cyberpunk twist and aesthetic that looks pretty cool even with the currently dated graphics. The game had limited commercial success when it released. Still, that proved enough to merit a sequel: CyberStorm 2: Corporate Wars, released in 1998.

In MissionForce, players take control of up to 26 HERCs and command them through randomly generated scenarios against the villainous Cybrids. The genetically engineered pilots of these destructive machines, Bioderms, can be customized to increase their performance, though this comes at the risk of making their bodies unstable. That said, customizing both Bioderms and the weaponry of their HERCs may prove necessary for victory. There are over 75 special weapons to purchase for their units, so players should have plenty of options available.

Some of us at PC Invasion thought we’d never hear of MissionForce: CyberStorm again, and it was a pleasant surprise to see it pop up in the press releases. That’s especially true for a GOG re-release, which is much more than a simple copy-and-paste dump job. Making the Good Old Games run nicely and smoothly on modern systems is an art form, and the GOG curators are true masters.

Were you also happy to see MissionForce: CyberStorm back from the abandonware pile? Did you play it back in the 90s? Drop your comments below!

Taxi moments worth talking about