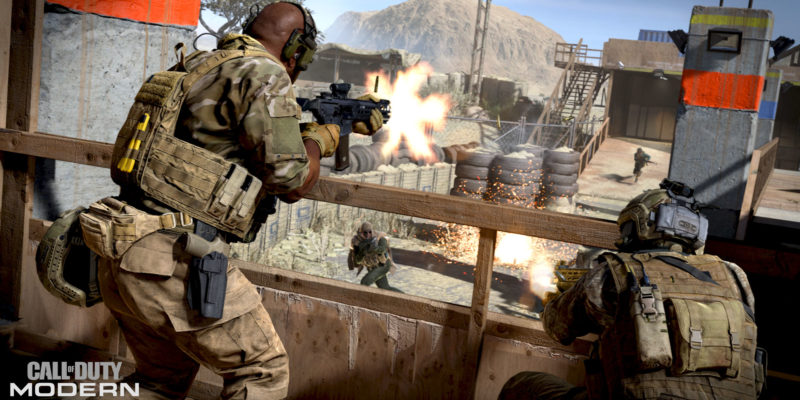 Call of Duty: Modern Warfare fans can finally, officially enjoy the latest two maps that have joined the game. Both Al-Raab Airbase and Drainage are now available to play in their respective playlists. This content comes nearly two years after the game’s launch, but those who are still playing Activision’s big 2019 reboot of the Modern Warfare series surely won’t complain about this substantial playlist update.

If you recall back to March, there was a small fiasco involving some new maps appearing in Call of Duty: Modern Warfare without much in the way of grand introductions. Both Al-Raab Airbase and Drainage popped up as new maps for players to try in custom games, but the developer failed to provide any announcement or explanation as to why the maps appeared. Shortly after, the maps were also pulled from the game without explanation.

For whatever reason, it took the developer weeks to officially address the issue on Twitter. Infinity Ward declared the whole incident a simple failure in communications. The final word at the time was that the maps needed to return to the lab for further polish.

Get ready to drop back in

Fast forward to now, and the maps are back at last. Or for the first time, depending on whether or not you even knew they were available to play at one point. A recent tweet from the Infinity Ward Twitter confirmed that the maps are fully accessible now, and these are two that fans will no doubt be eager to start playing on. You can play Al-Raab Airbase via a 24/7 playlist, while Drainage is available via Gunfight playlists.

It’s unclear if these maps are the final content additions for Call of Duty: Modern Warfare, but there’s a good chance of it considering the game’s age. Check out Al-Raab Airbase and Drainage for yourself in the Modern Warfare playlist update and enjoy the freebies from Infinity Ward. You certainly deserve it.

You can also check out what’s new in Call of Duty: Black Ops Cold War and Call of Duty: Warzone in our respective guides and features hubs.

Doki Doki Literature Club Plus — Is it worth it?