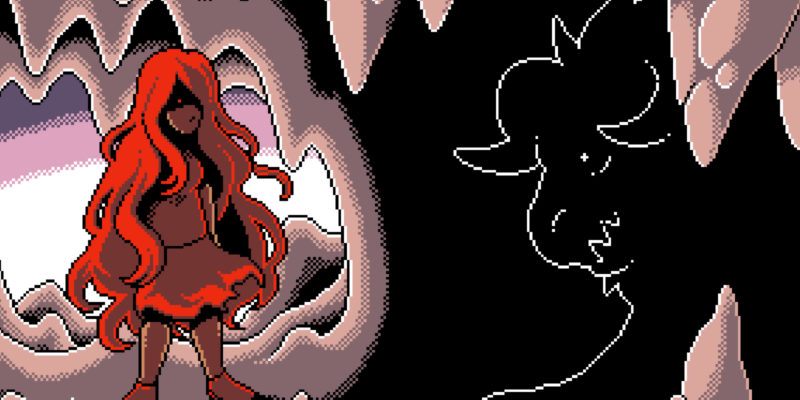 Monster Crown is a creature collector like Pokémon that is coming to the end of it’s closed beta and entering Steam Early Access on July 30. I was lucky to get access to the closed beta and put together my impressions of the game in a preview, which you can check out here. Monster Crown can be described as Pokémon for grownups, taking the creature collector genre to a darker and more mature place. Where Pokémon wants you to befriend adorable creatures, Monster Crown wants you to make pacts with monsters for power and survival.

Monster Crown developer and founder of Studio Aurum, Jason Patrick Walsh, was kind enough to take some time out of his monster-packed schedule to chat with me about the game. Walsh told me what it’s like to always be compared to Pokémon, what sets Monster Crown apart from other creature collectors, and which features he’s most excited about.

PC Invasion: How do you feel about always being compared to Pokémon?

Jason Patrick Walsh: Well you’re absolutely right on the “always” part! I don’t think there’s any genre quite as unwelcoming toward newcomers as this one. Souls-like, Metroidvania games, these games wear their inspirations on their sleeves and it’s not a source of shame, but somehow being inspired by Pokémon makes you a bit of a pariah, you must be a knock-off.

So I realized, hey, if people are going to assume they can expect Pokémon, maybe that presents an opportunity. So as you play the game, or even watch it, in the beginning, it feels quite familiar, but by the time you reach the 2-3 hour mark, you realize that you’re really in an entirely different world with a different feel and different rules. The familiarity with Pokémon allowed me to ease people into a totally different style – for example, you start off on a safe route, then a dungeon. But after that dungeon, you’re thrown into an open world where you can easily get yourself into trouble and will have to learn how to stay safe in a world that hasn’t quite been tamed by civilization yet. So, you could say the comparison gave me the freedom to introduce people to a different world by making use of their existing knowledge and expectations.

Once they reach the halfway point to the second town, I imagine people saying,  “We’re not in Kanto anymore!” 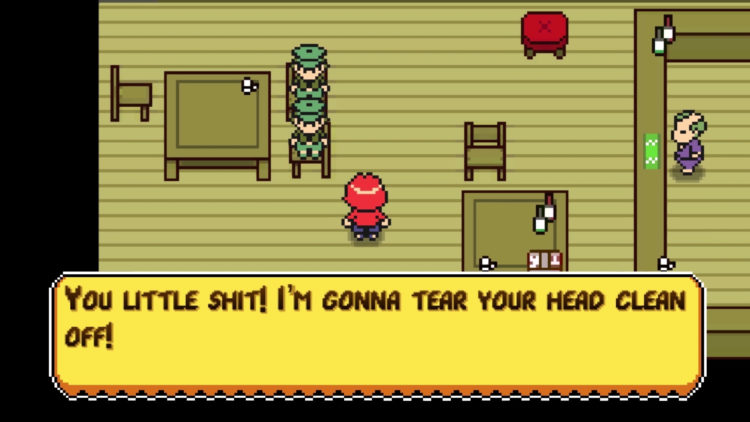 Walsh: Well first off, the relationship between mankind and the monsters of the world isn’t inherently friendly. Monsters aren’t eager to become your friends and at first, aren’t even that fond of you – after forming a pact, sort of like you’d expect with a demon, you recruit them and there’s a long road ahead to something like friendship.

But the biggest difference is our true crossbreed system. When you breed Monster A and Monster B you’ll find yourself with a true mix of both parents, when it comes to appearance, stats, moveset, growth rates – when you mix two monsters, you truly create a new species. It’ll be a lot of fun working out how to create a new monster breed that suits you, I really think by the end of the first portion of the game you’ll have a team of your own tailor-made species that are incredibly unique and will leave others scratching their heads over what you’ve made. Maybe you’ll share the secret recipe, maybe you’ll keep it to yourself, or maybe you’ll give out eggs and be very much the real-life breeder of that unique creation. Maybe your creation will be sought after by competitive battlers looking for the specific traits you’ve managed to cultivate!

Monster Crown is massive and it’ll be hard for any single person to know everything there is to know about the world, the battling system, and the breeding system. I think we’ll see players with specialties emerge that have to work together with friends online in order to accomplish their wildest goals and crack the game wide open. 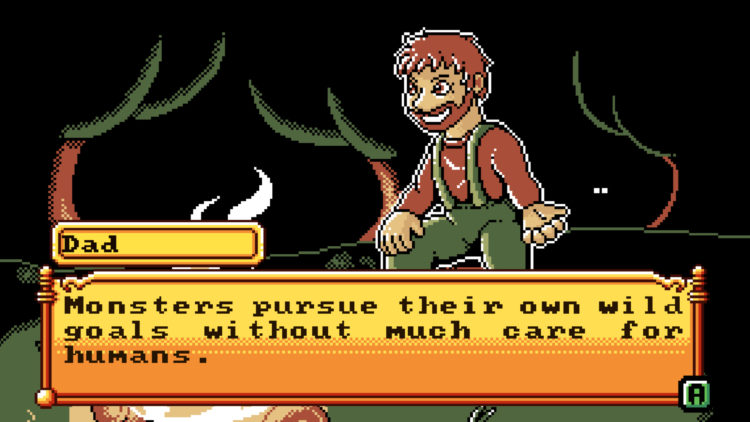 PC Invasion: Most creature collectors go with a lighter narrative and world, where the bad guys aren’t really that bad. Your antagonist is scary! Why did you decide to go with the darker setting?

Walsh: Once the breeding system was ironed out, which was my first task in really beginning to consider Monster Crown something that could become real, I wanted to take genre staples back to first principles and re-examine the “why” behind these questions, rather than just applying the standard mechanics.

Monster Crown’s monsters are like wild lions. They can be ruthless, and they don’t particularly care for humans. What sort of reason would one have to join you? Well, of course, if they felt the arrangement would offer them benefits in the long-term. They consider aiding you on your quest in exchange for you traveling with them and facing challenges that make them stronger, all so they can one day return to the wild and dominate, becoming the alpha.

Sometimes being cunning and ruthless gives you the edge, other times you need the help of others to thrive, Monster Crown was always about the monsters, the people, and the choices of the player in that sort of world. You’re allowed to work with your friends, but you’re allowed to be the bad guy too. I wanted to create a playground for choice, and not condemn choices if they aren’t morally convenient. I think people will be surprised by the lack of judgment they face if they want to be bad! 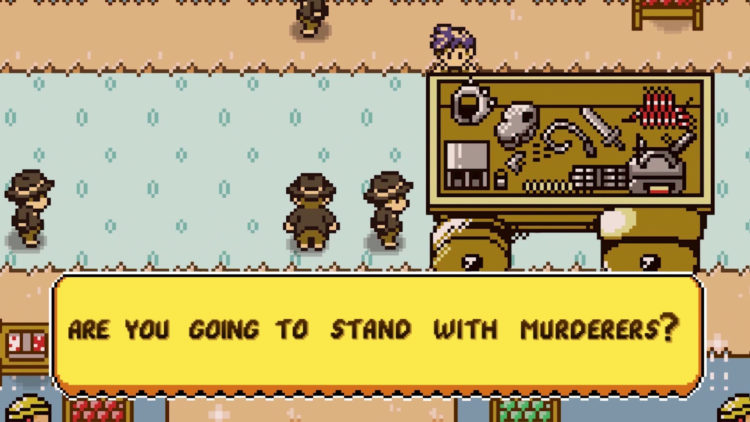 PC Invasion: You’ve said before that Early Access has the base for most of the game’s features. What features are you most excited for players to experience?

Walsh: My favorite feature is the true crossbreed system, but I’m also super excited to launch our transformation system in the near future. Monsters in Monster Crown do not evolve by leveling up. But they do hold secrets outside of their genetics. Powerful items exist that cause Monsters to undergo dramatic transformations.

One great example is one of the starter monsters, Dracoyle, a young gargoyle dragon who can transform using the item Atomic Clock, which simulates the passage of a thousand years. The Atomic Clock transforms Dracoyle into a massive, powerful elder dragon.

Laz, one of the first monsters you meet in Monster Crown is actually what happens to a small grazing monster, Apo, that has been infected by a dark fungus and reanimated. You can use an Antifungal on Laz to return it to Apo, but Apo doesn’t have much battle prowess, that is, until you use yet another item on it, the SuperGro, to transform it into a larger, more powerful version that is totally immune to the infection.

PC Invasion: What is your plan to balance the monsters? How important do you think this is?

Walsh: With the crossbreeding system and things like the gene lab, a hardcore player can eventually get any trait onto any monster. And while there will be an anything-goes battle presence, most of our tournaments with monster giveaways, etc. will have limitations to make things reasonable for all players.

That being said, in-game story/campaign balancing is something that I pay a lot of attention to and has had much work done during our beta. Initially players found the beginning very tough, but once they reached a certain level of power they could steamroll the next challenges. Then we added the party exp functionality, which was a relief for some. But for others quickly making a huge team right at the start and seeing their experience divided across eight monsters made leveling up a chore if they didn’t know the feature was toggleable. And most recently we’ve buffed monster health across the board as players indicated that battles were still over too quickly when balanced.

Balancing is something that requires a lot of focus. Providing options to make the game challenging for those absolute scientists that figure out how to maximize the growth rate of every single trait, while still making the game enjoyable for new players that enjoy a casual style is a challenge. But one aspect of the open-world gameplay helps in that regard. Immediately when you reach the open-world area of the game, you can, if you’re a cunning explorer, reach an endgame legendary monster. It’ll destroy you. The intended lesson here is to come prepared and return later when you’re stronger. However, I think those scientists take that as a personal challenge and decide they’re going to take down and tame that beast no matter what. Optional challenges allow us to make sure anyone, no matter their playstyle, can find a lot of fun and depth in Monster Crown. 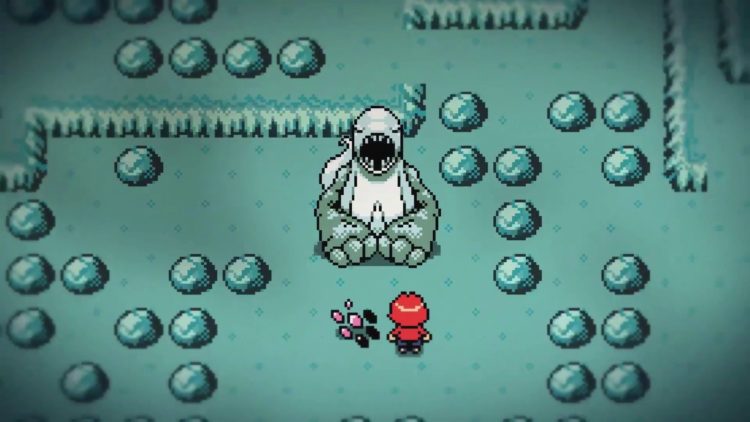 Get ready for monster battles

PC Invasion: Online battles were a surprising feature for me. Do you have any plans to explore it further? Create leagues or tournaments?

Walsh: When I created online battling as a feature I didn’t realize online play was as rare as it is in the genre. I wrote the server software and online functionality (yes we have a dedicated server, it’s not peer-to-peer!) shortly before our Kickstarter in 2018 and while it was a proof of concept, it was still a lot of fun. Right now we’re focused on remedying a few pesky de-syncs before the Early Access launch.

We absolutely plan to schedule tournaments and giveaways in the future. One fun idea we’re working on is tournament entry requirements. For example, only monsters of three generations or less under level X, to really see what players can pull off using the huge amount of mechanics and content in the game. The crossbreeding system is so free and customizable that, eventually, we might see some top tier builds that dominate. So, setting restrictions like that makes things more interesting and gives new players an edge rather than it being dominated completely by hardcore players.

Monster Crown is already listed on Steam, so you can add it to your wishlist ahead of its Early Access release. A massive thank you to Jason Patrick Walsh for taking the time to chat with me and share with us these incredible insights into Monster Crown.

[This interview has been edited for clarity.]