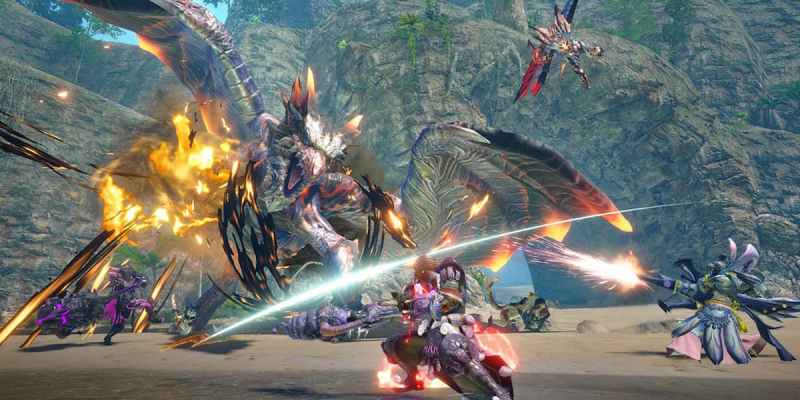 Just a few hours ago, Capcom hosted the newest Monster Hunter Digital Event, which focused almost entirely on the Monster Hunter Rise: Sunbreak expansion and its upcoming Title Update 3. This new update will introduce an assortment of new features for hunters to enjoy and experiment with, such as the ability to take Followers to both Master Rank and Anomaly Research quests. But of course, the real stars of the show will come in the form of three new monsters to battle and gather parts from.

Before you get too excited, all three of the update’s monsters serve as new variants of preexisting foes already featured in Monster Hunter Rise: Sunbreak. But with brand-new explosive attacks in their respective arsenals, players should find plenty of challenge in these variants.

The third variant, Chaotic Gore Magala, originally hailed from Monster Hunter 4 Ultimate. Easily the most hyped of the new monsters in the Monster Hunter Rise: Sunbreak update, his version of the beloved fourth-generation monster results when it fails to fully transition from its base Gore Magala form to the almighty Shagaru Magala. Stuck between the two forms, the Chaotic Gore Magala can utilize attacks from both, making for a truly formidable foe despite its state of agony.

In addition to these monsters, Monster Hunter Rise: Sunbreak‘s third title update will introduce new paid DLC in the form of new layered weapons that are essentially plushies modeled after various monsters. Whether or not you want these stuffed weapons for a bit of dumb fun, the title update will become available to play on November 24.

By Chirag Pattni54 mins ago
News