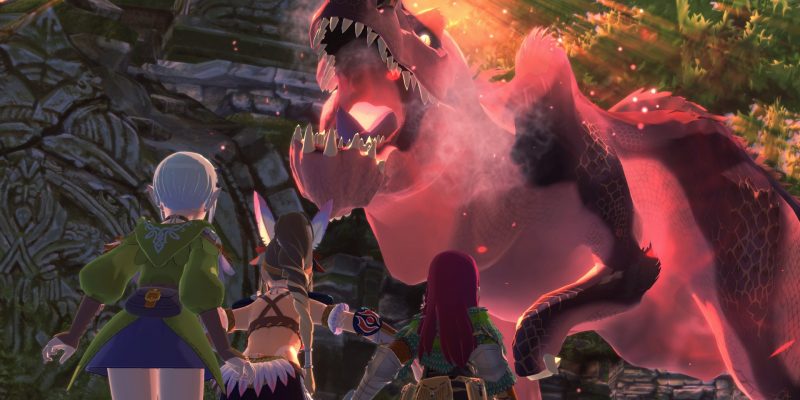 It’s a strange thing for an action game about methodically wearing down individual enemies to transition into a turn-based JRPG. Yet that’s exactly what’s happened with Monster Hunter Stories 2: Wings of Ruin. Granted, the game is still very much about methodically wearing down individual enemies, but the genre swap understandably makes a large difference. The story presentation can be juvenile at times, the gameplay can be grindy and repetitive, and it’s clearly held back technologically on account of being developed for the Switch, but this is a damn good JRPG with a lot of content that series fans will enjoy.

Unlike other games in the series, Monster Hunter Stories 2 has quite a bit of narrative. You design your own character, who is the grandchild of a deceased man named Red, a Monster Rider. Red had bonded with a Rathalos, known as Guardian Ratha, and together helped keep peace in a region. Years later, Guardian Ratha is chased from its home by aggressive hunters. A Wyverian woman named Ena has been entrusted with a Rathalos egg that she hopes to pass to a Rider who can handle it.

But this Rathalos egg is said to contain the next incarnation of Razewing Ratha, the bearer of the titular Wings of Ruin that may spell doom for the land. Meanwhile, once-docile monsters have started running amok and pits filled with pink light have been spotted. It’s up to you to learn the truth of Razewing Ratha and get to the bottom of the monster disturbances. The story is honestly fairly decent. There’s a ton of voice acting and high-quality cutscenes that keep the plot moving. You’re joined by an annoying Felyne that just screams “children’s anime companion,” and does nothing other than annoy the rest of the cast in place of the silent protagonist. He’s pretty grating, but a lot of the other characters seem to hate him, too. 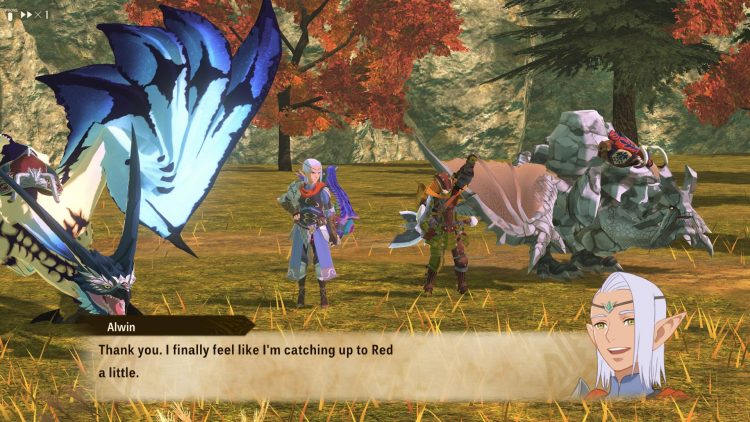 Monster Hunter Stories 2‘s story is divided between several regions where you’ll do main quests. A lot of these mostly take you on a guided tour of the world, having you fight major monsters, and stealing monster eggs to raise your own. Some regions have different rules, such as the snowy region, where you and your monsters will be too cold to act if you don’t use a consumable or have an appropriate outfit. The main quest typically has you tracking down an icon, which leads to cutscenes and battles. Sometimes you’ll have to do something else, like find missing children or try and follow a monster’s tracks.

Combat is a purely turn-based affair. As a Rider, you’ll have six monsters at your disposal, but only one can be in combat with you at any given time. The combat is interesting, as it’s based around three attack types that have a rock-paper-scissors base in regards to who takes the most damage. Monsters have an attack type: power, technical, or speed, and each these is weak to another. Power is weak to speed, for example, while technical is weak to power and speed is weak to technical. You’re typically able to see which of your party members an enemy monster is going to strike during their turn, so you’ll need to use that time to select your Rider’s attack type, as well as to swap out a monster of a type that will best counter the opposing one. It’s a good idea to learn what type a monster is for future fights, as well as what their type changes to when they enter certain states.

But you can’t usually tell your monsters what to do. As your land attacks, you’ll build up a pool of points that can be used on skills for both your Rider and their active monster. While you control your Rider’s every move, monsters will only do what you say when you directly use their skills. And just because a monster is of a certain attack type, that doesn’t mean that’s all they’ll use. If you’re using a speed monster and fighting a power monster, for instance, your speed monster may decide to use a technique attack, which will see them lose a head-to-head fight and end up taking more damage. Whenever these head-to-heads happen, both characters get hurt, but this is lessened based on weaknesses. 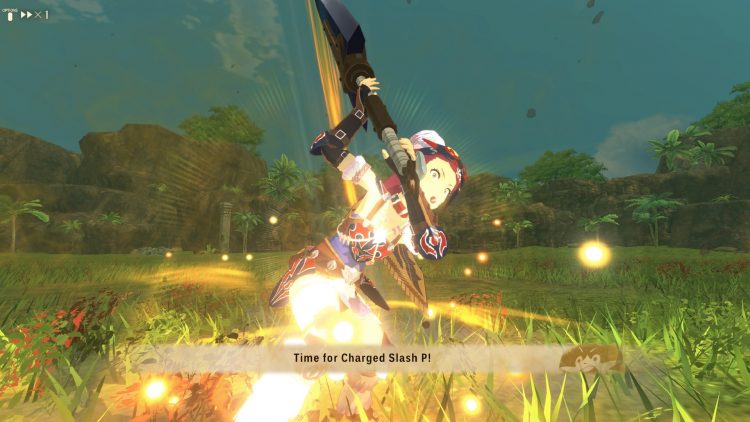 If both characters use the same attack, they’ll take similar levels of damage. The monster that has the attack weakness will take more damage when such an attack is used, however. Thankfully, the UI will tell you what your monster’s next attack is, so you can use a skill or swap to another if you want to avoid trouble. But it isn’t clear what your monster is going to attack when you haven’t used a skill command and there are multiple enemies in front of you, which makes things a bit unnecessarily problematic. You get three hearts and lose one every time either your Rider or monster loses all their HP. Lose all your hearts and you’ll find yourself waking up in the nearest village. For the most part, you’ll also be traveling with computer-controlled buddies who switch out depending on which region or part of the story you’re seeing. These have a single monster at their disposal, which can cause problems.

As such, a lot of the combat is out of your control, and you’ll have to roll with the punches. Monster Hunter Stories 2 isn’t a difficult game most of the time, so this isn’t a big deal, but it’s maddening to lose to a strong monster just because it happens to be the opposite attack type of your buddy’s. If your ally loses their three hearts, you’re kicked back to the last village all the same. I wish the game gave you complete control over your entire party, but considering the fact that you can actually co-op with another player-controlled Rider (or battle them), I understand why this choice was made. But that doesn’t mean you shouldn’t be able to directly control your monster’s moves, either.

There are a ton of monsters in the game, as you’d expect, and you’ll get more by stealing eggs from nests. Monster nests can be found all over regions. Gold monster nests contain rare monster eggs, so you’ll want to go into all of those. Although there are only three main attack types to worry about, certain monsters are still weak to elemental attacks, and a monster’s elemental abilities vary by type. Similarly, each monster has field actions that also vary wildly. Some monsters can jump, swim, or fly. Others can dash or locate items in the field. All monsters in your party can obviously be ridden too, although I prefer to stick to ones that can dash as they make it easier to get around. Monsters not in your party can be sent on expeditions for items and experience. Or you can sacrifice them to give another monster new genes or enhance their existing ones. 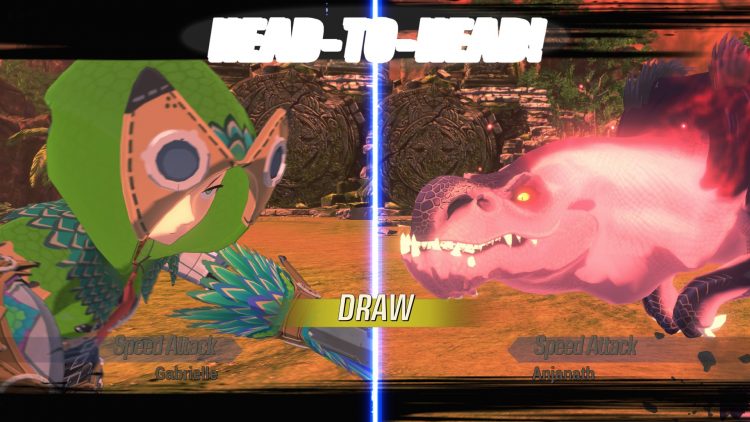 If a lot of this doesn’t sound much like a Monster Hunter game, don’t worry. You can still break parts and change weapons. Certain weapons work on specific monster parts but not others, so you can equip three at a time and switch between them on the fly. You’ll make new armor (whole sets this time, not piecemeal) and weapons from parts dropped by the monsters you defeat. But, as this is Monster Hunter, fights can take a while, so you won’t want to fight everything you see. Not that it’s necessary, because you won’t see much reason to try level grinding with monsters around your level.

One of my biggest problems with Monster Hunter Stories 2 is that a lot of the areas within a biome don’t feel distinct, especially since monster nests and the like are randomly generated. You’ll see the same areas time and again, which gets old. Getting an egg from a nest only to discover that you have no use for it is also kind of annoying. If you don’t end up liking the combat or the process of grabbing lots of eggs, then this game may very well bore the hell out of you. But players who are already fans of acquiring monster materials, upgrading and forging armor and weapons, and improving their monsters will find a lot to like here, as the loop isn’t necessarily all that different from that of the mainline games.

There’s a lot of content in Monster Hunter Stories 2, and there are updates planned with new monsters for a few months after the game launches. It’s also a fairly lovely looking game a lot of the time, even if certain technical aspects of it are rather disappointing. The foliage pop-in is particularly noticeable. I hope someone mods a way around it, as it’s quite distracting. Still, there’s no arguing that being a Switch game hasn’t held it back in some ways, but at least it’s very easy to run at 4K with solid framerate. If you enjoy grindy JRPGs and especially if you’re a Monster Hunter fan, there are a lot of reasons to sink a ton of hours into this game. As long as that annoying cat sidekick doesn’t get on your nerves too much. 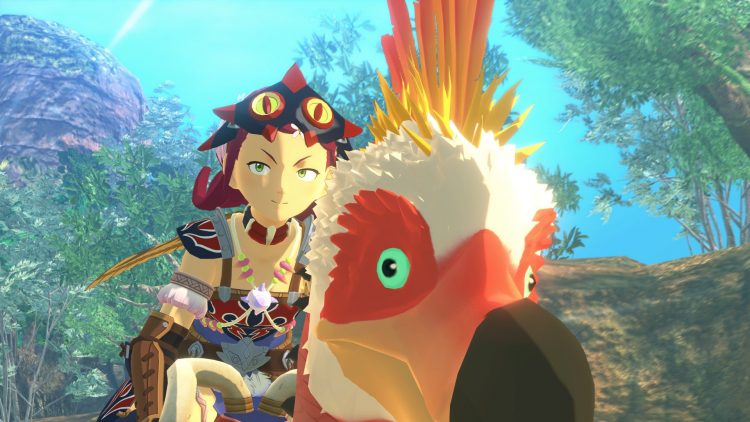 While it can get repetitive and you don't have as much control over combat as I'd like, this is undoubtedly a very strong entry in the series on its own merits. If the idea of raising a horde of monsters and having them knock the crap out of others sounds good to you, I can't imagine you won't find anything to enjoy here.

By Michael Feghali6 days ago
Reviews