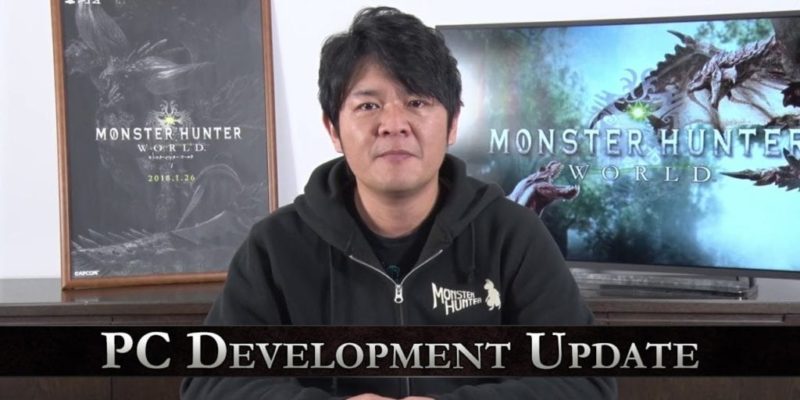 Monster Hunter World will be out on the consoles fairly soon following December’s beta test but what about the PC version?

In a development update video released today, Capcom producer Ryozo Tsujimoto says they have been “working hard” on the PC version and it’s now scheduled for an Autumn 2018 release. That means we could see it around October if all goes to plan. More information and news on the PC version will be coming in the months ahead but for now, we just have to wait.

Free updates will be released for the console version shortly after launch on 26 January and these will probably ship out as part of the PC release when it happens.