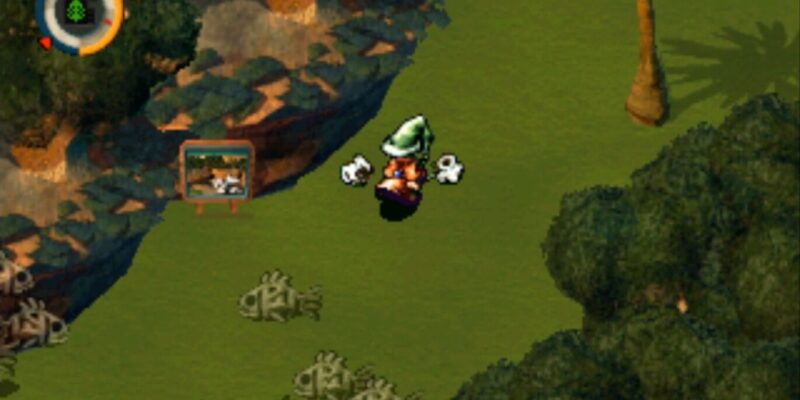 On Aug. 27 of last year, the 1997 “anti-RPG” titled Moon: Remix RPG Adventure finally got an official release outside of Japan, via an upcoming Steam release. Despite the relative obscurity of the game, the Moon re-release managed to find a sizable worldwide audience that vibed with the title’s heartfelt, quirky style. It helped that the translation, handled by former Kotaku writer Tim Rogers, expertly conveyed the original game’s meaning and intentions while still coming off completely natural to an English-speaking audience. Originally, gaming enthusiasts could only purchase this re-release on the Nintendo Switch, but that will soon change, as developer Onion Games has announced that Moon will soon be available on Steam as well.

Being an “anti-RPG,” Moon flips classic JRPG tropes on their head by depicting the “hero” character as a merciless individual. Completely clad in armor, the “hero” has no qualms with indiscriminately killing animals out in the wild and barging into people’s homes to steal their belongings. The player has to undo this damage by saving the souls of animals that the “hero” killed, and by helping out the world’s colorful cast of NPCs. Accomplishing either of these tasks rewards the player with “love,” which essentially serves as an experience system that allows for further exploration of the world.

The significance of Moon

Despite having been stuck on Japanese PlayStations for over two decades, Moon has left a fairly significant impact on the gaming landscape. Games that poke fun at JRPG tropes have become fairly common now, but Moon existed when such titles were much more difficult to come across. Toby Fox, the creator of the massively successful and influential Undertale, lists Moon as one of his inspirations, which makes sense considering that Undertale shares some of Moon’s core themes.

Fans of Moon will definitely celebrate the announcement of its Steam release, as it ensures that more people will get to experience this gem than ever before. Moon’s slow-paced gameplay may not appeal to everyone, but those interested in trying the Steam release should absolutely do so, whenever it comes out. Moon: Remix RPG Adventure is currently listed as “coming soon” on Steam.