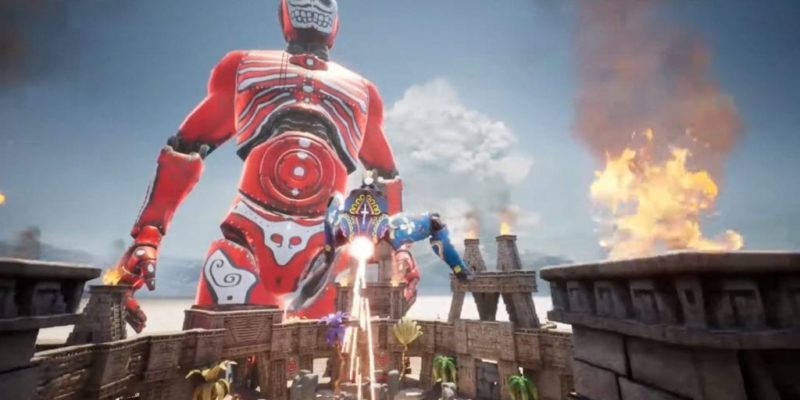 The original release of Morphies Law brought a first-person shooter to the barren genre on the Nintendo Switch. Early on, there were inklings that the game would eventually come to the PC via Steam. Earlier this month, developer Cosmoscope announced that the game would re-release as Morphies Law Remorphed, bringing some new features, like cross-platform play, between the Switch and PC versions. The Remorphed version of the game is now live on both Steam and Switch, introducing one of its standout abilities: the Buttrocket — and more.

For those unfamiliar with Morphies Law Remorphed, the goal of the game is to shoot your enemies and change the size of their body parts. This isn’t the only feature you have to watch out for in the frantic multiplayer game. Each level has various augmentations to it, and you can deploy various plug-ins to assist you during matches. You can read the review of the original game from our Nintendo sister site for more info.

One of the features shown in the trailer is the introduction of the Buttrocket. You won’t have to stretch your imagination too far to figure out what that entails. Yes, it’s a rocket that’s fired from your character’s buttocks, propelling you into the air. However, this is also part of the introduction to the new demo mode that’s free to play, Fartnight. This demo allows you to play Morphies Law Remorphed for as long as you’d like. However, after you’ve enjoyed 30 minutes of gameplay, all of the sounds will be turned into the beautiful echoes of flatulence. Farts, you say? Count me in. Err, out. Fart me out.

Morphies Law Remorphed edition is now live on PC via Steam for $19.99. The Fartnight demo for the game is also available under a separate tab on the game’s official Steam page. As previously mentioned, the Remorphed edition will introduce cross-play between Nintendo Switch and PC platforms.

Phoenix Point delayed once again, now due for release in December

Travel down the River Styx in VR with Journey For Elysium