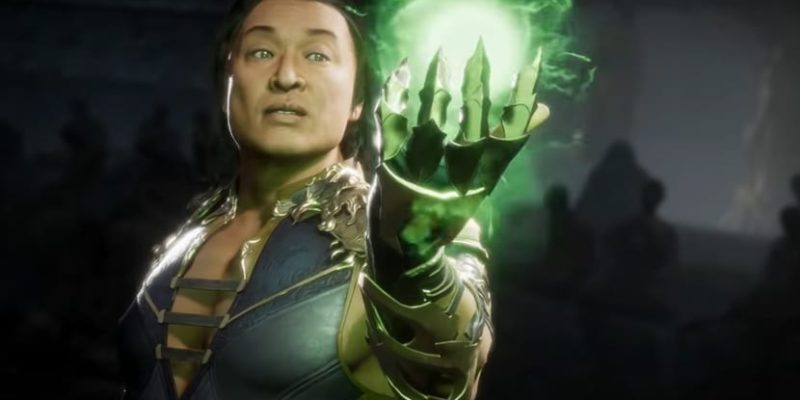 Of all the characters in the Mortal Kombat universe, Shang Tsung stands out as one of the most requested combatants by fans. It’s easy to understand why, given how the soul-stealing sorcerer has played a central role in the game’s lore since the beginning. But NetherRealm decided it was time to bring him back into the action as a Mortal Kombat 11 DLC character. Best of all, the character uses the voice and likeness of actor Cary-Hiroyuki Tagawa, who played Shang Tsung in the 1995 Mortal Kombat movie.

Tsung sat out of MKX on account of being dead, but that’s more of setback these days than a permanent condition. I got a chance to go hands-on with the character at the Electronic Entertainment Expo (E3) for a taste of things to come, and my immediate thought was that he could be one of the most powerful characters in the game. The sorcerer is practically a one-man army.

Shang Tsung’s two fighting styles are “Warlock” and “Dark Magic,” and I chose the former. In either case, Tsung has the powers of all the souls that he stole throughout Mortal Kombat history, which means he has moves from a bunch of ninjas. They include Reptile, Ermac, and Rain to name a few. He has at least one move from each of these characters and they can be combined into some devastating combos.

For instance, players could use Ermac’s telekinetic lift to smash players into the ground right before summoning a fire pillar and knocking opponents into it using Reptile’s slide, which does significant knockback. Then you could finish the combo off by throwing some flaming skulls.

Tsung is mainly a distance fighter, so I did my best to maintain some distance from my opponent before I struck. One of his most effective moves is a rain of fireballs that comes down diagonally. It hits a few steps in front of Tsung and can intercept air attacks. The sorcerer also has a few life-stealing moves, which don’t take a whole lot, but the effect can add up if done correctly.

But one of my favorite Shang Tsung abilities ended up being soul steal, which temporarily transforms the sorcerer into whoever he is fighting, complete with all his or her moves. It can suddenly change the pace of the match around, since he can instantly go from being a ranged fighter to a close-combat brawler, forcing opponents to change their strategy. In fact, one of the most satisfying troll moves is to clone an opponent’s character and quickly use their own Fatal Blow to defeat them.

The effect only lasts several seconds, so players will need to make the most of the time. Therefore, the best way to master Shang Tsung is to master all the characters in the Mortal Kombat 11 roster. That’s what could make him the most powerful fighter in the game.

Shang Tsung makes his grand return on June 18 for Mortal Kombat 11 Kombat Pack and will release as standalone DLC a week later on June 25. Other DLC characters will include Nightwolf, Sindel, and Spawn.

Mortal Kombat 11 is available now on PC, Xbox One, PlayStation 4, and Nintendo Switch. Check out our bone-crushing review!

Steam Remote Play experiments with streaming outside the home