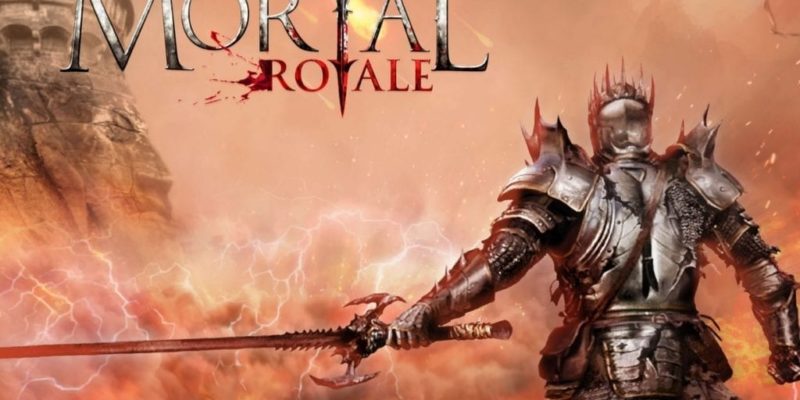 Everyone is making a battle royale game these days. There are those following the footsteps of Fortnite and PUBG, going so far as to have similar mechanics. And there are ones hoping to reinvent the genre with their own take based on existing franchises. Dying Light: Bad Blood, Battlefield V, and Call of Duty: Black Ops 4 come to mind. There are also those looking to push the size, scale, and scope a bit more such as Mortal Royale. It’s an upcoming battle royale game that boasts 1,000 player-versus-player combat.

We do have to note a couple of things. First, the developers are Star Vault AB. To date, their only other game on Steam is Kitten’d — a game about petting, well, kittens. To make a jump from that to a 1,000-player battle royale extravaganza is a leap of faith indeed. Another thing to mention is that the graphics currently aren’t up to par compared to other games in the genre. For instance, Mavericks Proving Grounds — which also boasts up to 1,000 players — does look flashier.

Still, if you can look past these things then you might find some worthwhile engagement. That’s because Mortal Royale will include customization options and will be free-to-play as well. Also, you won’t be traversing the world on foot or on vehicles. Instead, you’ll need to tame horses and other mounts to get around.

Combat in Mortal Royale is a mix of melee, ranged, and magic attacks. Yes, you will be able to cast spells. This is, after all, a fantasy-based battle royale game. We’re wondering how that’s going to play out given that a sword-wielding player could just as easily get sniped by a lightning bolt before he even gets close.

The game’s title is also worth noting. After all, if you’re up against 999 other players, you might as well kiss your mortality goodbye. Still, the mere notion of you triumphing against nearly a thousand foes does have a heroic feel to it.

The Destiny 2: Forsaken launch trailer gets you eager for revenge

Colorful detective game How Do You Know Mr Blue? coming in 2019