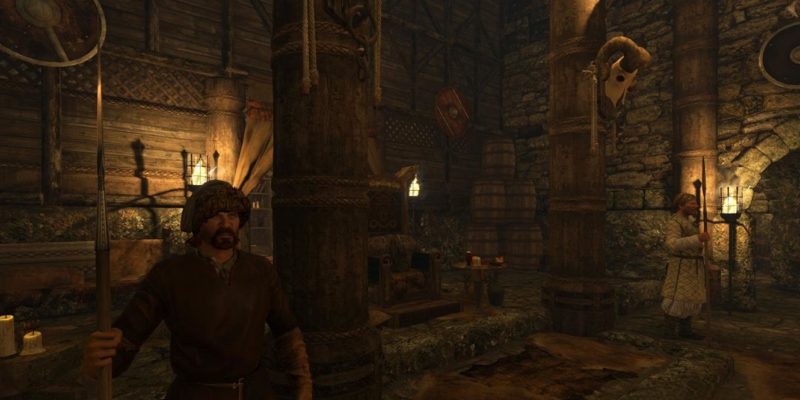 “Neretzes’ Folly,” to put it mildly, is one of the weirdest introductory quests in any RPG I’ve played. The quest becomes active once you finish Mount & Blade II: Bannerlord‘s tutorial and start the campaign proper. There’s also another quest called “The Spy Ring” which can prove to be a nuisance. Here’s our mini-guide with various findings. 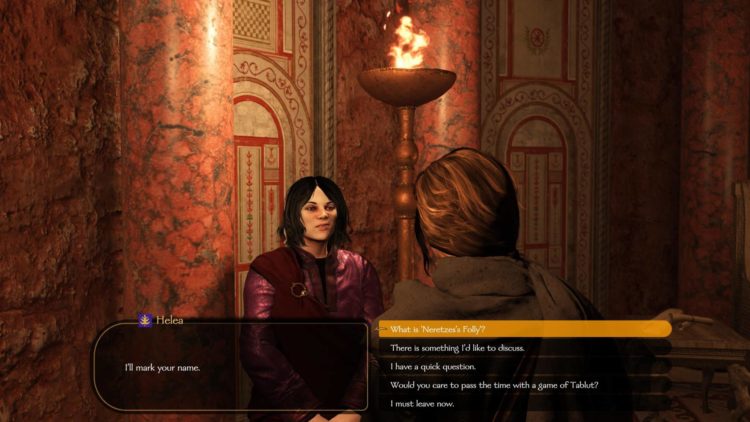 “Neretzes’ Folly” is the main quest in Mount & Blade II: Bannerlord. Your brother, prior to leaving, tells you to introduce yourself to various lords in Calradia to uncover a mystery from the past (seen above). You’ll then end up asking various NPCs (the ones found in a castle’s keep) about it. They wouldn’t know what that is, and they’ll direct you to another lord.

More often than not, however, the locations of these mighty rulers can be all over the place. For instance, I was at Poros when I was told to speak to Lucon. When I saw his location (Lochana Castle), it made me want to forget about the quest altogether. Even worse, by the time I got there, he was no longer around and I had to chase after him. 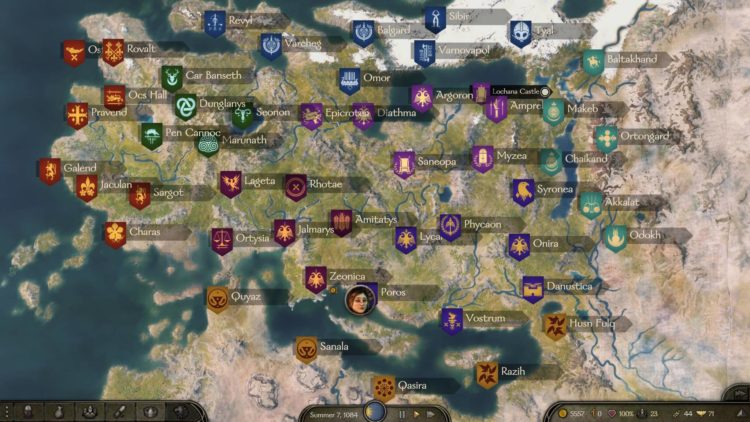 In any case, a way to easily track your objectives is by opening your journal (J) and clicking on the target character’s name. You’ll be given a location that can be marked on the panel. You’ll then see the location by zooming out on your world map. 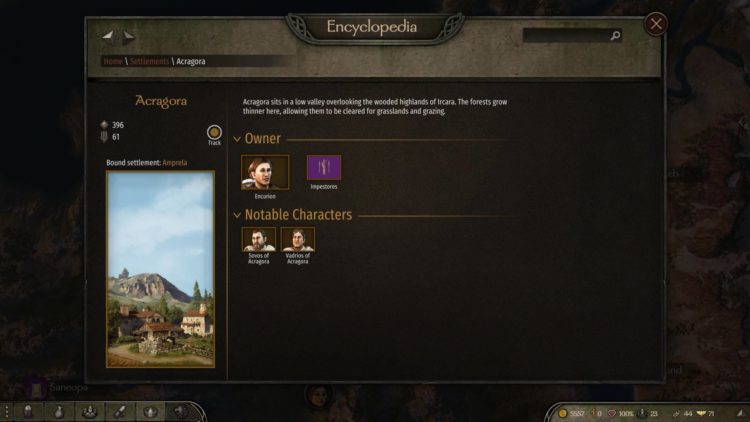 Anyway, once you’ve spoken to the character, you’re provided a brief recounting of events — but, you’re only getting started. There are 10 lords that you need to speak to, and you’ll have to speak to other nobles first before you know who these important targets are. Thankfully, Mount & Blade II: Bannerlord Redditor ChivalrousPerv managed to list them down and I’ve also added a few more:

Note: You’ll notice that there are more than 10 lords that are listed (and not all have been discovered yet). It’s up to you to plan who to meet just in case other characters are indisposed. It’s also possible that you joined a kingdom as a mercenary or vassal, and that kingdom happens to be at war with another. This may pose a problem when trying to speak to certain lords due to the hostilities. 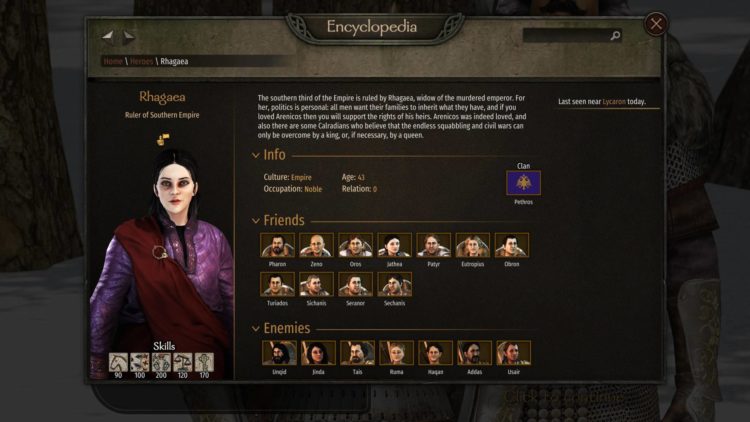 Moving forward, you should use the encyclopedia (N) and look under “Heroes” to search for the names of these lords. Check their general location, mark it on your map, and travel there. Recheck the information often to see if they headed somewhere else due to the passage of time. Note that the following incidents may happen while you’re doing the “Neretzes’ Folly” quest: 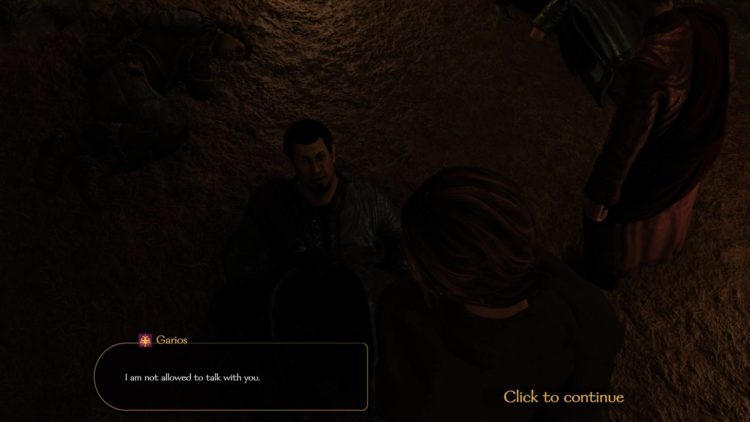 When you’re done, the 10th lord you speak to will tell you to find Istania and Arzagos. Their locations are provided so you can mark them on your map.

The former wants you to help rebuild the empire using Neretzes’ Dragon Banner and the latter wants you to destroy it. You’ll find the required quest items in a couple of nearby dungeons (marked red on the world map). You’ll have to decide who you’re siding with.

Note: If you want to know about the next tasks, head over to our “Dragon Banner” quest guide. 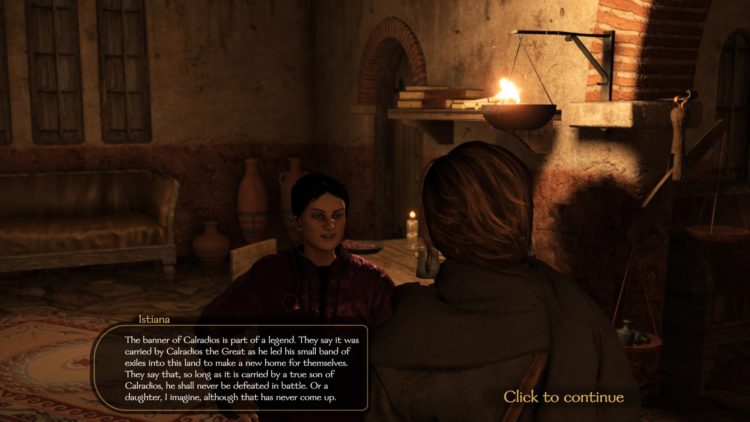 While you’re doing these, you could try to experience Mount & Blade II: Bannerlord‘s sandbox gameplay as well. Maybe recruit more companions, make a lot of gold via sidequests, or become a mercenary or a vassal while you’re at it. However, do be reminded that you might encounter an irreversible bug where you’ll fail the “Neretzes’ Folly” main quest and the subsequent steps, thus preventing you from forming your own kingdom later on.

The information was provided by one of our readers, CFH_Hitman, and it has something to do with taking too long to complete “Neretzes’ Folly” and the quest that follows it. The game will tell you that you weren’t able to complete the objectives within ten years, though it’s more likely that only three years have elapsed since you’ve started Mount & Blade II: Bannerlord‘s campaign. So, as much as possible, try to complete this wild goose chase while you’re exploring what Calradia has to offer. 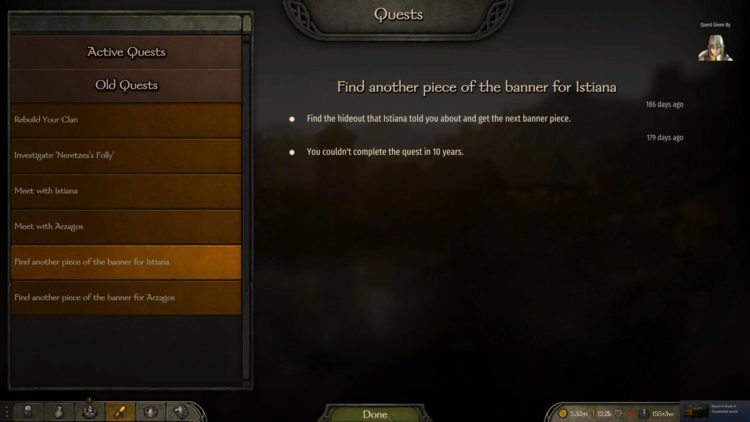 Speaking of wild goose chases, there’s also another quest like “Neretzes’ Folly” in Mount & Blade II: Bannerlord. It’s “The Spy Ring” which can be obtained from a noble. I’ve only been given this quest by a lady in Poros’ keep, so I’m not sure if this will pop up in other locations.

Update: It’s a generic quest given by different nobles in some cities. 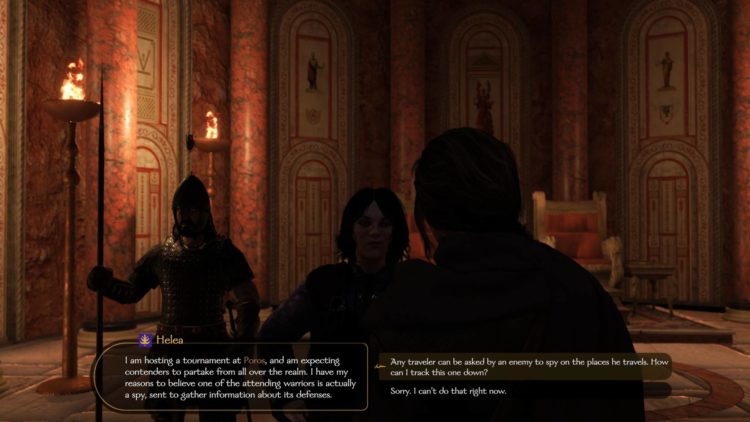 The gist is that a spy is attempting to subvert a ruler’s hold on their lands. That spy happens to be a tournament contestant. Don’t make the same mistake I did — I entered and won a tournament thinking that would lead me to the spy. It didn’t, but I did get some renown and loot. 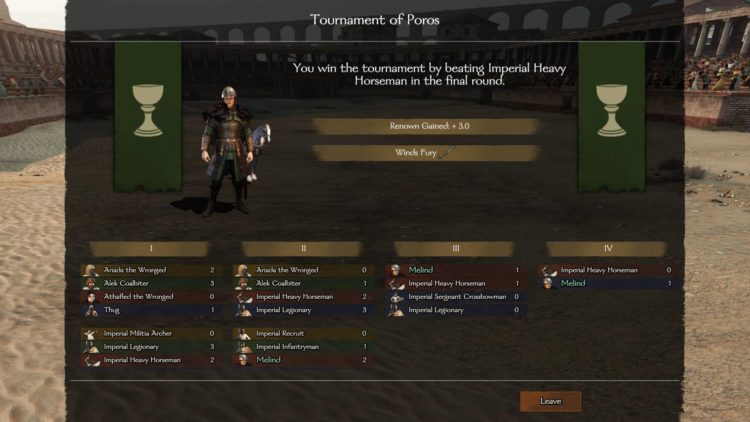 Instead, you’ll need to talk to several villagers to gather some clues. You could talk to people in the town center or those inside the tavern. A majority of them will provide useless information:

Eventually, though, a random NPC might give you a clue and “The Spy Ring” quest will be updated. In my case, I was told that the spy (who’s an arena fighter) also has a sword. Looks like I found him, surrounded by his goons, in an alleyway: 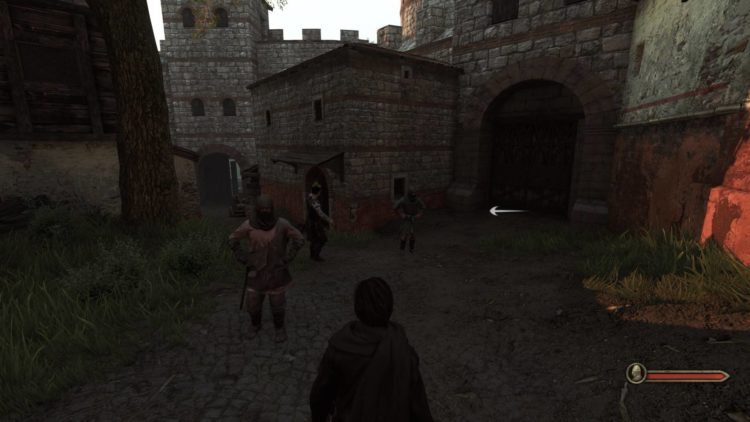 I challenged him to a duel: 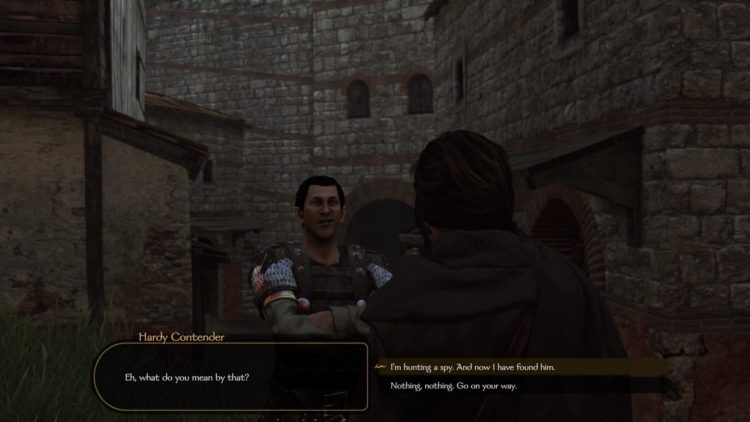 After winning the duel, well, I guess that was a bad move. I actually failed the quest because it counted as murder. Whoops!

To date, I haven’t figured out how to successfully complete this, and it seems like one of the odder quests in Mount & Blade II: Bannerlord. If you were able to finish this quest, let us know what steps you took. 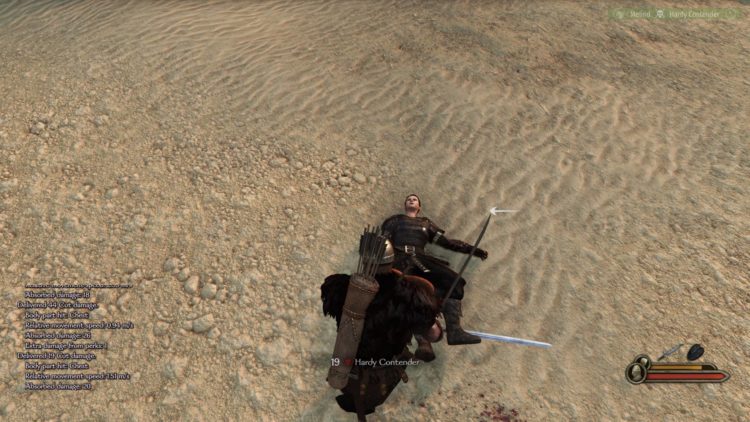 Update: So it seems there’s supposed to be a third clue given by a random NPC in town. You’ll just need to keep talking to everyone until you’re given that final clue. That’s the only time you’re supposed to duel the spy that matches the description.