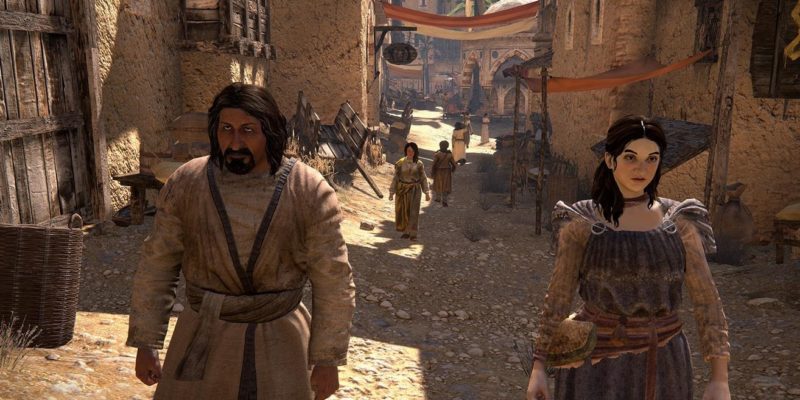 With a vast continent to explore in Mount & Blade II: Bannerlord, adventurers will need to have a bit of gold (or denars) to stay afloat. Here’s our mini-guide on how to make money early in the game.

Most of your early-game experience in Mount & Blade II: Bannerlord will focus on sidequests. A couple of important missions such as “Neretze’s Folly” may pop up, but they take quite a bit longer than they should.

With regards to sidequests, the goal is to take a look at the various settlements — a castle, a small village, or anything else in between — to see if there’s an NPC with a blue exclamation point on their portrait (seen above). This means the character has a task for you. 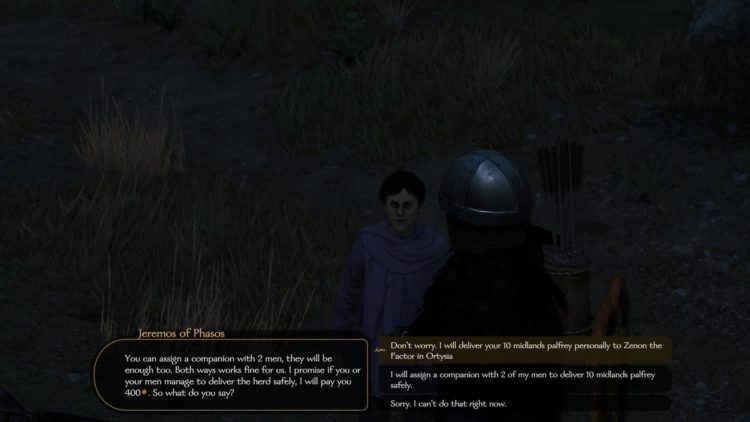 Some of the easier ones involve “Escorting a Herd.” You don’t actually follow a herd of animals around. Instead, they’re placed inside your inventory and all you need to do is deliver them to another character for extra gold. Simply open your journal (J) and take note of the target NPC’s name. Click on it and it’ll open your encyclopedia (N) which tells you where the character is located. Click on the icon next to the settlement’s name and it’ll be marked on your map. Along the way, you may encounter other tasks and distractions that are worth doing (more on these later).

A sidequest to “Escort Merchant Caravans,” meanwhile, does require you to follow the caravan around as it delivers goods. It’s a bit of a time-waster since the caravan tends to run away often even from neutral parties. 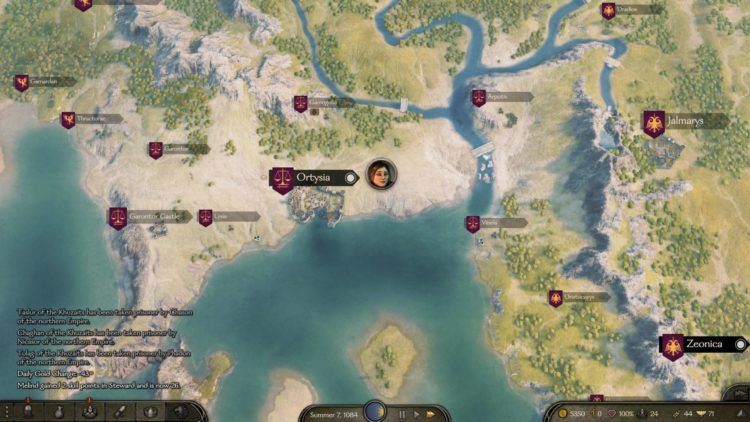 The “Mercenaries Army” quest can also be very rewarding. If a lord asks you to find him a buyer for his merc squad, all you need to do is speak to other relevant NPCs (the nobles in keeps). You’ll then need to choose two out of three dialogue options to pass. The first option you should pick has to be only slightly successful (ie. 53% positive) while the second has to be the more successful option (75% positive); ignore the third option which is likely to fail. You can also keep reloading a save until you’re able to pass the dialogue checks. 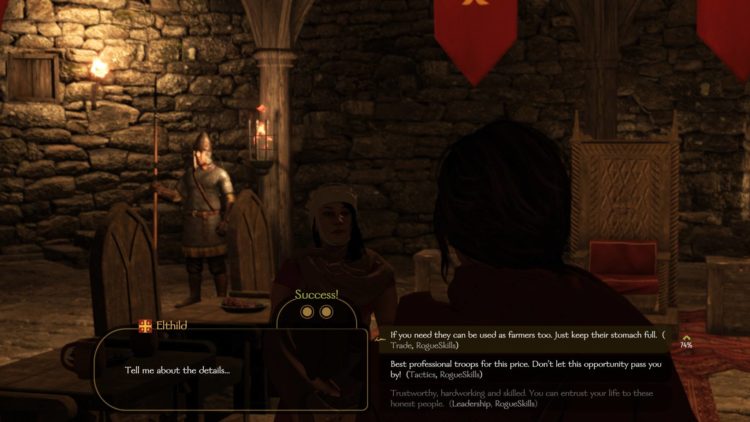 Another profitable type of sidequest would be one for “Overpriced Goods.” Certain merchants may ask you to deliver a type of resource back to them rather than selling to their competitors. Who knows? You might be asked to collect butter like a true Butterlord. Then again, some items may not be available in nearby towns. If you do manage to collect those goods, bring them back to the quest giver who’ll pay you with some gold (which also leads to a relations penalty with a rival merchant).

There are also a couple of other notable sidequests that you might wish to ignore. “Family Feud” (where two kinsmen are fighting) and “Army of Poachers” (where you’re asked to annihilate a band of brigands). Both have been reported as being very buggy, often leading to game-breaking crashes.

Update: Some of these quests seem to be working properly now after a recent hotfix (1.0.1). 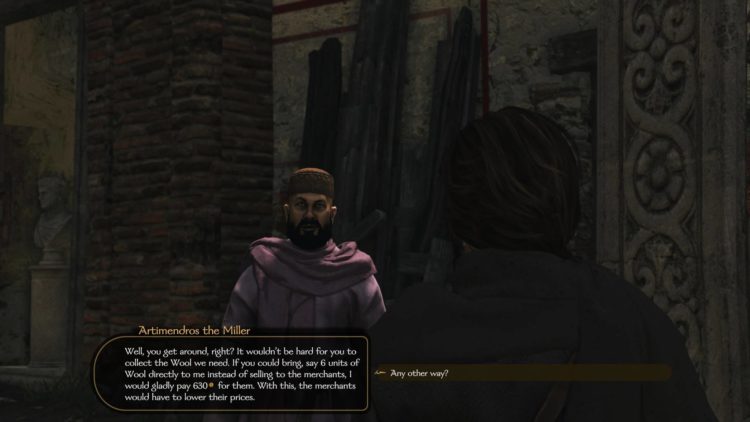 Selling your loot and ransoming prisoners

I mentioned getting distracted as you play Mount & Blade II: Bannerlord. That’ll happen fairly often considering how other parties are roaming around the world map. There are many instances when you’d encounter looters and other bandits, and you should always destroy these groups without mercy (as long as it’s not part of the “Poachers” quest, you should be fine). 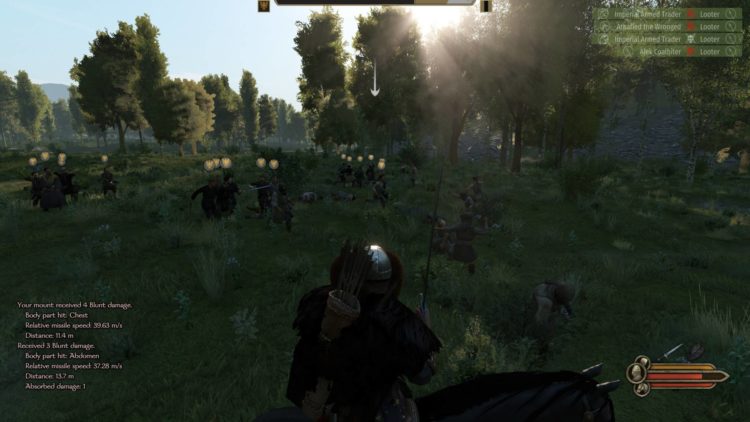 Sell everything you don’t need because you likely wouldn’t find high-tier gear in a while, and most low-level items won’t make or break your progress. When you visit settlements, you could also check the prices of the goods because they might be sold at higher prices in other towns. Remember that making a profit will help increase your Trade skill too. Alternatively, you could also do a bit of crafting to increase your Smithing skill, making sure to sell any weapons you won’t need.

As for prisoners, it’s likely that you won’t be able to upgrade bandits into regular troops unless you have unlocked a certain perk. As such, it’s better to ransom them to nearby taverns. You’ll get paid a sizable amount of gold. A recent hotfix also lets you increase your Roguery skill by ransoming prisoners en masse. 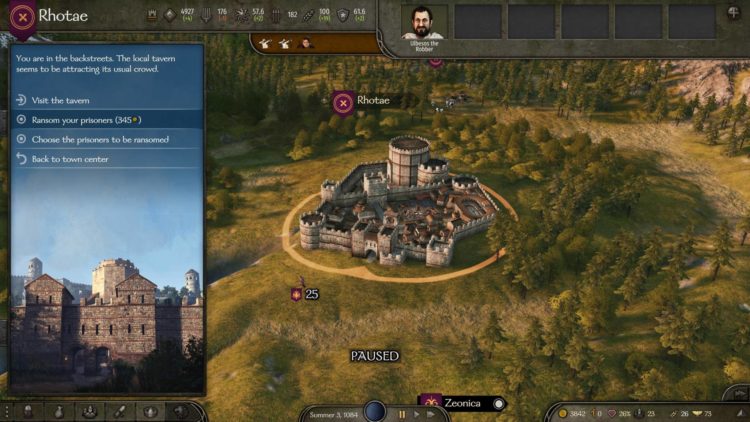 You’ll be fine with the gear you’ve obtained from battles, and you may even win a few tournaments which give decent item upgrades. Don’t forget to bet on yourself for additional winnings. All of these minor accomplishments won’t be for naught, too. Your character will gain renown, helping increase your Clan Rank. At higher levels, you’ll finally be able to join a kingdom as a mercenary or even as a vassal.

For all that extra gold, it’s always a good idea to recruit more companions in taverns. They cost a pretty penny, but they, along with your regular troops, also help increase inventory capacity. Inventory capacity is also increased by having more pack animals such as mules or sumpter horses in your inventory. Speaking of which, if you’ve got the money, go ahead and buy multiple types of food. Assuming you’re planning on increasing your Steward skill to boost your party size further, then the food variety will definitely help.

Keep in mind that these are just baby steps for the start of your journey. Later on, you might want to build profitable workshops to truly amass wealth. 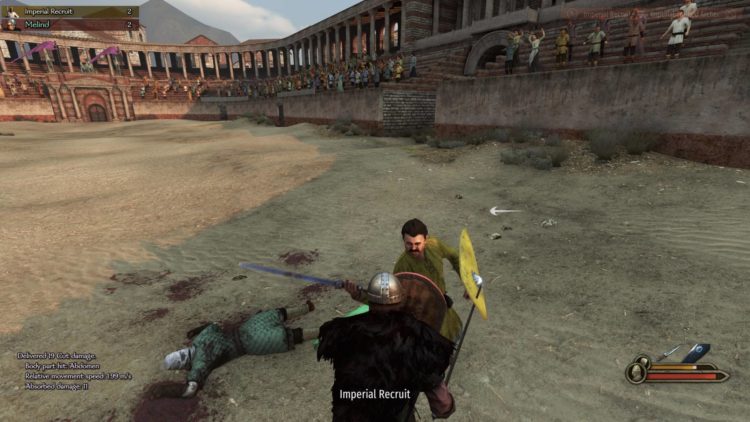 By Logan Broadley1 hour ago
Guides