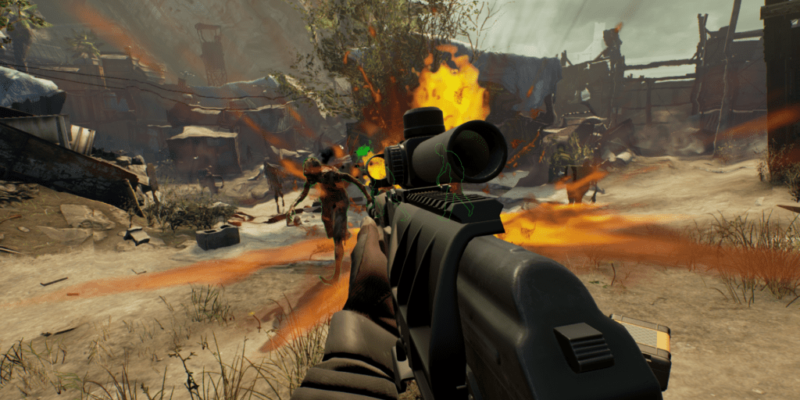 In Moving Hazard players don’t just kill zombies they use them as weapons so at least this is something a little different.

“We had such an incredible reaction from fans during our debut at PAX South, with players asking us to release the game immediately, so we’re incredibly excited to deliver Moving Hazard on Early Access,” said Christian Cantamessa, Lead Writer and Design Consultant for Psyop Games. “Once PAX-goers learned to stop killing the undead and started using them as scent-guided bloodhounds or shambling flesh-eating allies, the competition got fierce and the freshness of the gameplay really stood out. We can’t wait to give the community access and get their feedback to make it even better in the coming months.”

The game is set for a March 10 launch and will be priced at $19.99. They say it will release with a “robust feature set” including loaddout customizations, two player Factions with three classes, four maps, four game modes, and eight unique weapons.

We’ll be taking a look t the game as soon as it’s available so watch out for that.