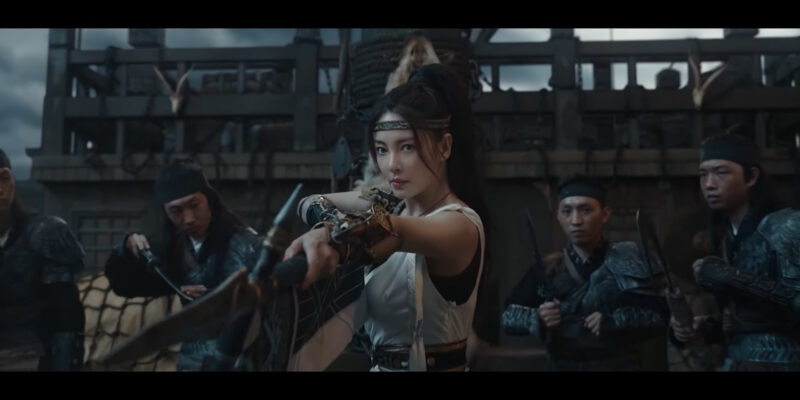 Developer 24 Entertainment has just released an update for Naraka: Bladepoint that adds a new hero, Valda Cui, to the melee-based battle royale. Along with the water-wielding captain, the update also marks the beginning of a new in-game event, the Mid-Autumn Festival. Plus, 24 Entertainment has done some rebalancing to the heroes and weapons in the game.

There are two ways to get Valda Cui in Naraka: Bladepoint. One way is to purchase her for 600 Gold. To get Gold you need to use real-world cash. Alternatively, you can unlock her using 12,000 Tae, the in-game earned currency. You will also be able to try Valda Cui in battle three times before you need to unlock her. I love this idea. This way, you can sample a hero before deciding if they are worth your time and money.

Queen of the seas

You can take a look at the live-action trailer below to learn about Valda Cui’s backstory. It will also show you all of her abilities and give you an idea of how they can be used in-game. In short, she takes over from her father to become the captain of a fleet of ships. She has to fight to claim her place, and the title of The Sea Dragon. In doing so, she unlocks her water-based powers.

In the second half of the trailer, you can see these powers being put to use in-game. Her first ability, Haze, shoots out a surge of water that will trap enemies for two seconds. She can modify this to become a ring of traps, or a dodge that leaves three traps behind.

Her Ultimate Ability, Nether Nightmare, sends out a wave that binds enemies for a really high 15 seconds. When an enemy is bound, Valda Cui rises on a water dragon and can throw a spear at the enemy to deal damage and break the disable. She can modify her Ultimate to bind enemies for nine seconds but leaving her free to move. Alternatively, she can summon a sea dragon and hurl multiple spears at enemies. Those that hit bind your foes for six seconds.

During this event, there are a bunch of new limited-time rewards for players to earn. You can unlock these with the Mid-Autumn Festival’s unique currency, Mooncakes. To earn the currency, you will need to complete quests during the event.

The movement speed of other heroes controlled by Temulch’s Zephyr Prison have been increased. Tarka Ji no longer benefits from Souljade effects while using his Ultimate Ability. Downed enemies hit by Viper Ning’s Yushan Enigma: Lockdown and Yushan Enigma: Enfeeble will now be stunned for a shorter duration. This brings the duration in line with standing enemies hit by the abilities. 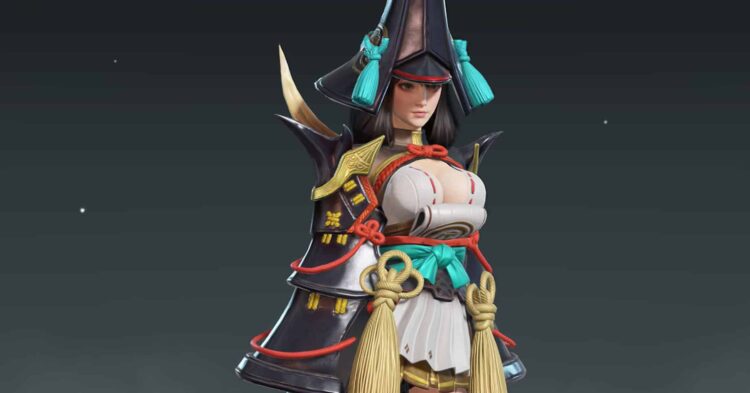 Yoto Hime gets the most changes in this patch. The first three strikes of her Ominous Blade will now stagger Tianhi in his Vajra form. Ominous Blade: Restore no longer consumes nearby Cairns. Instead, it now heals health and armor based on the damage it deals. The restore will prioritize health before armor, which is a great change for solo players who want to make use of this Ultimate variant. The other two variants of Ominous Blade will now restore some health or armor with their first three strikes. Yoto Hime will also launch her blade slightly further after swinging it during her Ultimate.

As for the weapons, there are numerous improvements to the hit determination of melee weapons. The distance of Dagger Dash has been increased slightly and you will now perform running vertical strikes after performing the maneuver. The Dagger Souljades have also been adjusted. The Musket’s bullet velocity has been increased slightly – a very welcome improvement to the gun. The damage of the bow’s first and second charge attacks has been reduced.

You can check out the complete patch notes with all the fixes and changes on Steam. If you’d like some help with Naraka: Bladepoint now that Valda Cui has arrived, you can check out our guide to better movement, as well as learn some combat tips.

By A.K Rahming2 mins ago
News