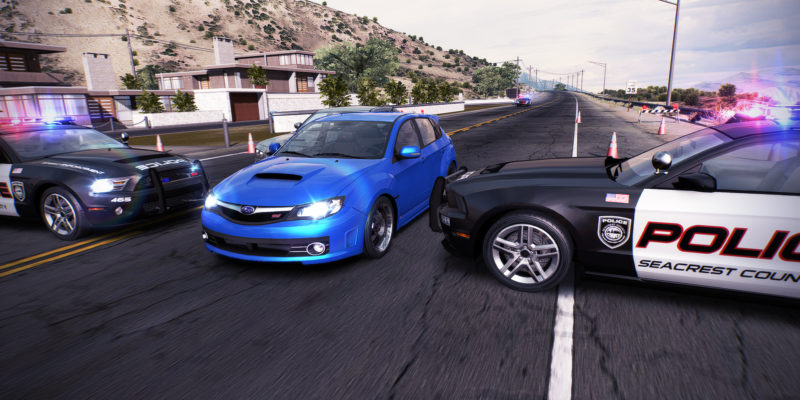 Criterion Games had a great thing going with the Burnout series. And then EA put them on Need For Speed starting with Need For Speed: Hot Pursuit. Eventually, the studio splintered into two, with most of the staff going over to start Ghost Games, which continued to work on the series until last year when it was renamed and turned into an engineering support studio. A truly depressing end for what was once arcade racing’s most promising developer. Need For Speed: Hot Pursuit Remastered returns players to this first outing where the world wasn’t quite as open and the future wasn’t quite as bleak. It adds some new bells and whistles but the question stands: is it worth it?

If you missed Need For Speed: Hot Pursuit Remastered the first time around, it’s a very simple game. You choose from a selection of events in two general categories on a map: racer or cop. Racers focus on street races (big shock, I know) with some time trials, while cops focus on forcing racers to wreck. And cop time trials. What? Everyone with a car has to do time trials sometimes. The game is as standard as they come, but cars still come with some extras. Depending on the event type, you can use spike strips, EMPs, call roadblocks, or even sic a helicopter on a racer.

Despite this obvious simplicity, Need For Speed: Hot Pursuit Remastered has held up well. It’s still an especially fast game with a decent amount of content, an interesting selection of cars, and a strong presentation. This version comes with all the DLC, which adds hours of extra content. Even though it’s been such a long time since I played it last, booting it up felt like putting on a comfy pair of shoes. I put a lot of time into it back in the day and I found it much the same as I did previously. But that’s speaking nostalgically, of course. When it comes to the idea of purchasing it now, it’s a different story. 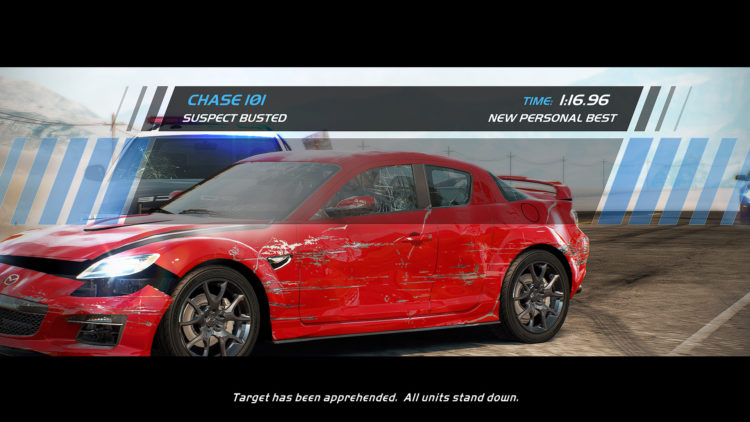 Pushing through for the gold

There are dozens of events in Need For Speed: Hot Pursuit Remastered broken up between the aforementioned cop and racer types. Each event has bronze, silver, and gold stars that you can attain based on how well you perform in each, usually hinging on how high you place or how quickly you’re able to reach the finish line. Better medals have higher bounty rewards, which function as the game’s experience system. You’ll also receive bounty points for performing certain actions during gameplay, such as drifting, shunting other racers, or pulling off takedowns. It’s a lot like Burnout, save for the fact that takedowns aren’t typically as easy to pull off. Unless you drop a spike strip while another car is directly behind you at least.

Pulling off these maneuvers, as well as slipstreaming behind cars in front of you, will fill up your nitrous gauge, which lets you boost forward for a bit. You’ll want to make use of this as often as possible, as that’s how you’ll get higher scores. As you raise your bounty rank, you’ll unlock new cars and the like. Even though you select events from the map, the entire game world is interconnected and can be driven freely by choosing free roam. There’s just not much reason to do this. The world itself feels mostly empty and generic with nothing to break up the monotony other than shortcuts. I also don’t care as much for the vehicle handling as I used to. It’s fine, but it feels somewhat stiff to me, and I don’t enjoy driving the cars as much as I do in similar games. There also still isn’t a cockpit view. You can only select from three camera positions: third person, from in front of the dashboard, or from the car’s grill. 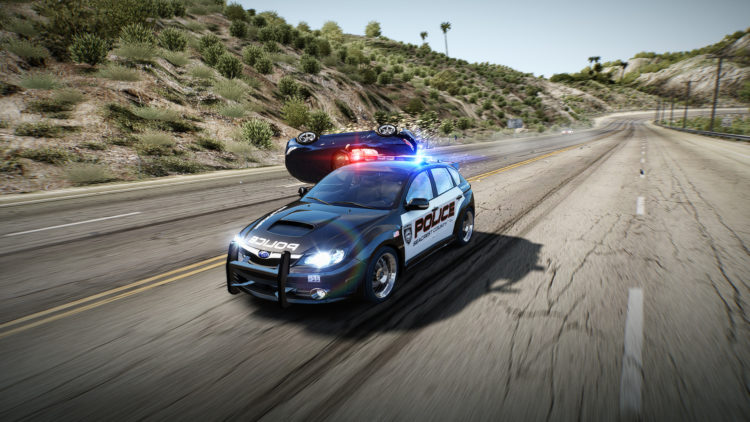 Although Need For Speed: Hot Pursuit Remastered is undeniably solid, it isn’t necessarily an easy recommendation. Criterion’s later NFS games had better handling, visuals, and world design. Hell, Burnout Paradise has a more interesting world and events. I don’t see why new players would be compelled to partake in what it has to offer, especially since they could play NFS Rivals or other more interesting games with ease. Once again, though, the game is perfectly enjoyable.

What I find questionable is whether Need For Speed: Hot Pursuit Remastered needed a re-release on PC at all. The console versions of the game offer an easier, superior way to play it, as going through it on an older console at low resolutions isn’t very enticing. But this remaster isn’t much of an improvement over the original PC version and EA has made that version unavailable for purchase. There are some changes, though. The lighting is better, especially when comparing the halos of lights while driving at night, which is much more realistic here. Textures have been improved across the board, albeit not in an extremely noticeable fashion. Better anti-aliasing is used too, which is all well and good.

Need For Speed: Hot Pursuit Remastered is still fun but completely unessential and thus hard to recommend over similar games due to the simplicity of its world and events comparatively. Therefore, I can’t imagine it’ll be worth it for new players. Old fans who own it on PC already won’t have any reason to upgrade unless they want to play the best-looking version possible and I can’t help but feel iffy about how the old version has been entirely removed for purchase. The game doesn’t have native DualShock 4 support either, so you’ll need to either use additional software or assign buttons just like in the old days. Additionally, purchasing a remaster from a publisher that has, for all intents and purposes, relegated the original developer to the background doesn’t sit right with me. Overall, I’d say that, no, it’s not worth it for most players, outside of those who enjoyed the original on consoles, never played it on PC, and would like to rectify that now that this is the only version available for purchase. 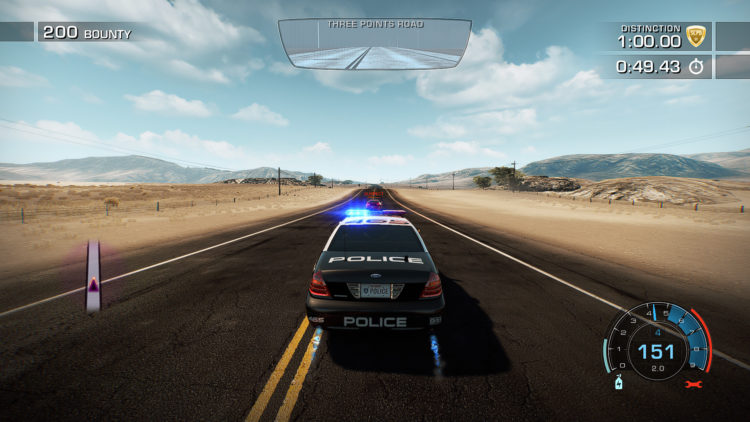