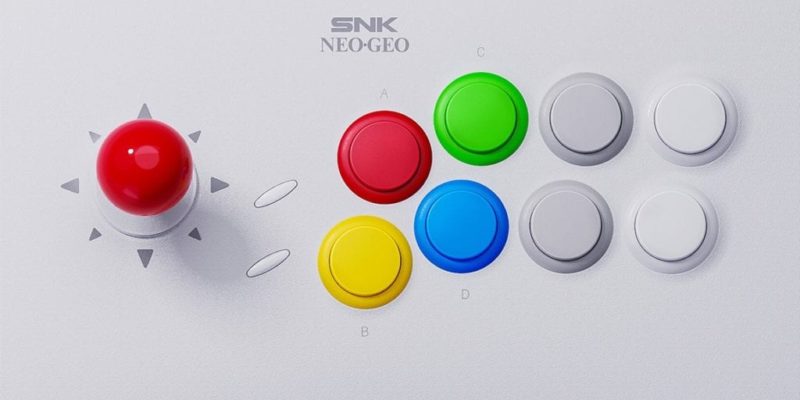 Following up from its announcement a few weeks back, SNK has revealed the lineup of pre-installed games on the Neo Geo Arcade Stick Pro. While a really solid list of excellent fighters, it’s also kind of expected from previous compilations. There’s only so many times one can include The King of Fighters before its inclusion is mandatory. Here are all of the games that will come in the hybrid arcade stick/micro-console.

As you can see from the list, just about everything you’d expect from an SNK fighting compilation is here. I can’t knock the Neo Geo company for including the same titles it always does, but it would have been cool to see some lesser-known games make the cut. That being said, one can never own enough copies of Garou: Mark of the Wolves, so I welcome its inclusion here. I do have to wonder why The King of Fighters skips 96 and 2001, though.

While this normally wouldn’t pertain to a PC audience, the Arcade Stick Pro doubles as a functional stick for PC players. Combining the design and aesthetics of the Neo Geo brand, this device has the potential to be one of the better arcade sticks you can buy. With it having 20 classic titles pre-installed and TV output, it’s also an oddly good micro-console. Hopefully, the shortcomings of the Neo Geo Mini aren’t replicated here, because I’d definitely be down for something like this.

Noita preview: Mining in a rogue-lite with destructible environments

By Mike Straw2 mins ago
Hardware