According to the Epic Games Store page, Neo: The World Ends with You stars Rindo, a resident of Shibuya that has to participate in the “Reapers’ Game,” which threatens to end his life if he fails. Together with a band of teammates, he must “put [his] psychic prowess to the test as [he] duke[s] it out on the stylishly animated streets of Shibuya.”

Standing out from the crowd

For those unfamiliar with Neo: The World Ends with You, a cursory glance at the store page’s trailer and screenshots will immediately give them a sense of the game’s style. Although in-game battles use 3D character models instead of the original game’s sprites, the characters still look hand-drawn thanks to the models’ sleek use of cel-shading. Every in-game shot features a dizzying array of colors and effects, and even standard dialogue conversations have a comic book-like aesthetic that helps them stand out.

Neo: The World Ends with You certainly distinguishes itself from other JRPGs of its kind, and it is fortunate that PC players will soon get to buy it off of the Epic Games Store and experience its unique aesthetic firsthand. Hopefully, Square Enix will also bring the original game to PC later down the line, even though it would be a much harder game to port due to its touch controls. 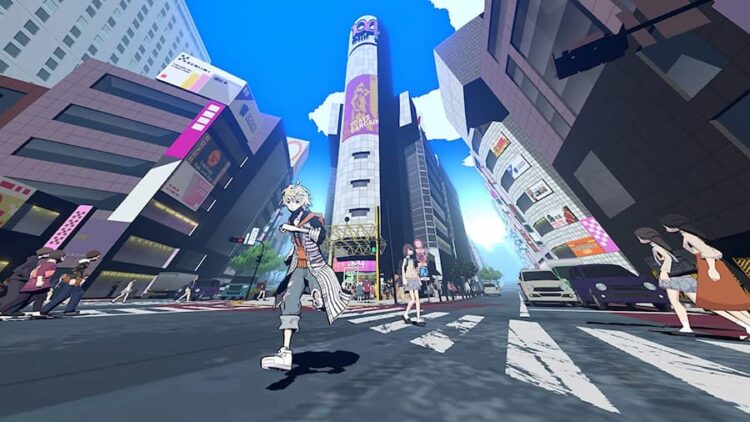