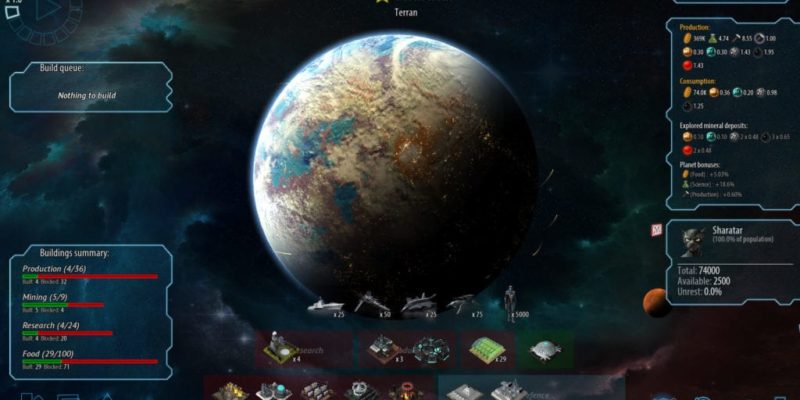 Due for release some time next year, Slitherine state that this game will be a “fresh take” on the 4X strategy formula saying they have given “special attention to the mechanics of technological progress and warfare“. The game will give players flexibility with “a plethora of options for designing warships and finding the right balance between fundamental and applied sciences”.

The game will of course feature all the usual 4X strategy hallmarks with system exploration, resource gathering, and good old space diplomacy with alien factions as part of the empire building process

Fans of the genre will be pleased to know that the game is now ready for beta testing and sign-ups are being taken on this page. There’s no release date set as yet but it will probably be next year depending on how testing goes.

Check out the first Polaris Sector shots and keep an eye on the official page.