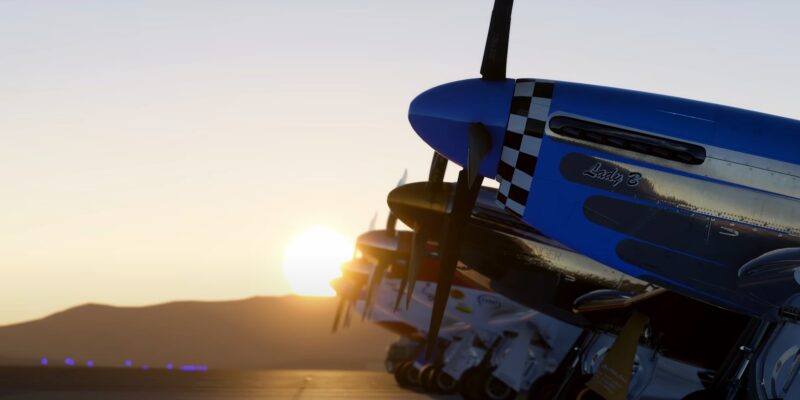 This new expansion will add a variety of high-powered aircraft to the sim, along with official content in partnership with the National Championship Air Races. As the name suggests, this expansion will allow simmers to compete against one another in air races.

Raceway in the skies

While Asobo was kind enough to drop a teaser trailer for the new Reno Air Race expansion, the studio did not provide a specific release window. It simply stated that it would release by the Fall. Now, we have a much clearer idea of when the new expansion will take to the skies. As confirmed in the recent Development Roadmap from September 9, the new Reno Air Race content is set to drop into Microsoft Flight Simulator by mid-November. While a specific date still hasn’t been set, at least we know that a few weeks from now the virtual skies above Reno will be filled with speedsters.

There’s still a lot to learn about this expansion between now and its release. For starters, the list of new aircraft has yet to be revealed. Additionally, details are scarce as to exactly how the new content will function. The most that is currently known is that it’ll be a new game mode. All of this will certainly be revealed in the weeks leading up to the launch of the expansion.

Even before the virtual Reno Air Races get underway in Microsoft Flight Simulator, simmers get to look forward to Sim Update VI, set to release sometime in late October. This update will bring a slew of improvements and additions to the core mechanics of the sim. The recent World Update VI did make some improvements, but it mostly focused on upgrading the scenery of Austria, Switzerland, and Germany. Asobo will also release the Junkers JU-52 historical airplane by the end of the month, set to come out on September 28.