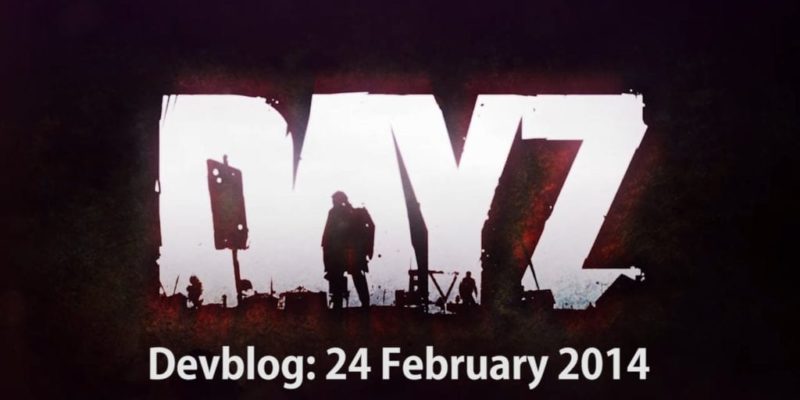 DayZ’s Dean Hall may be leaving DayZ behind at the end of the year but until then he’s still working at improving the game with his team. In the latest development blog he discusses what they’re currently working on covering everything from physics to weather. So what’s in the pipeline?

Improvements to lighting are coming as they work in adding light sources for flashlights and pistol torches so they emit light in the day.

Physics middleware is being added so items can be thrown and they can also look at the ragdoll and character movement. There’s still a lot of work to do on that according to Dean.

Items that act as containers such as refrigerators are on the to-do list. These will allow storage of lootable items.

Bows and arrows are being worked on right now and this is apparently going well. There’s a clip of these in action in the video below.

New transitions and weapons wielding animations are still a work in progress but the changes should improve melee attacks when the work on this is complete.

DayZ can feel pretty barren at times so the team is working on adding new buildings and sorting out collision problems with buildings. New police stations and health centres have also been added around the maps and existing towns have been given a bit of a tweak. All buildings will spawn loot which means there will be a reason to explore everything. There were a few buildings that never gave up anything and were not worth the time investigating.

Artists, programmers and designers are now working on hunting and cooking. Apparently these guys have experience with hunting games and they’re working on animals and their behaviour during hunting. Do they not just run away? Fast!

Rain is now added and synced across all clients with player’s clothes becoming damp and wet. Wet clothing has little to no effect right now but the team want to improve on that in the future.

Desync is something they are looking at and it will be an “on-going effort” to resolve these issues but a couple of hotfixes will have to do for now.

Zombies are still a work in progress and need to have their numbers increased. The plans is to not have them respawn in front of players and improve their collision detection.

The big one for a lot of players is adding vehicles to the game but these are not being looked at until all of the above is sorted out. Dean says that “implementing vehicles too early could very easily upset the balance and impact other game play areas.” It also sounds like bicycles will be the first mode of transport to be added before working up to the more exciting modes of transport.

You can watch Dean go over their plans below.

Beset with Controversy, King.com backs down from Candy Trademark

Fun Stuff: Print Out This Papercraft Recreation Of A 4-Line Clear In Tetris