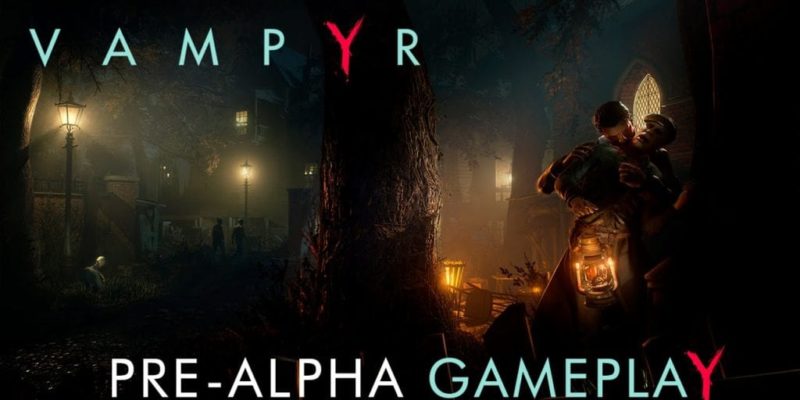 A 15-minute pre-alpha gameplay trailer for Dontnod’s action-RPG Vampyr has emerged from the dusty crypts of PR emails.

The trailer has newly vampirised protagonist Dr. Jonathan Reid travelling across ye olde London after the funeral of a family member. Along the way, he does a spot of exploring, gets into a couple of fights, has a few conversations, and shows off some of his vampiric abilities.

It looks… interesting. The biggest worry I have based on these 15 minutes is the combat, although the press email states that many systems are “still very early in their development process”, with special mention made of the combat system. The rest of it, however, looks like it could be a bit special.

One of Vampyr‘s big features comes down to choosing on whom to feed, and what effects that will have on the environment. Feeding on low-quality blood of the ill and infirm likely won’t do you any favours, but on the other hand, killing those with no reason to die is obviously a bit of a moral problem. Not only that, but feeding on people impacts the environment; kill too many people and the infrastructure of the district might collapse, while perhaps you can make things a little better for the locals by only feeding on the thugs who prey on them in less macabre ways. Nonetheless, every kill has a butterfly effect on the other NPCs, and that’s where Vampyr really intrigues me.

You can have a look at it for yourself below. Just be sure you don’t have any bright lights around, because this gameplay footage is really quite dark.