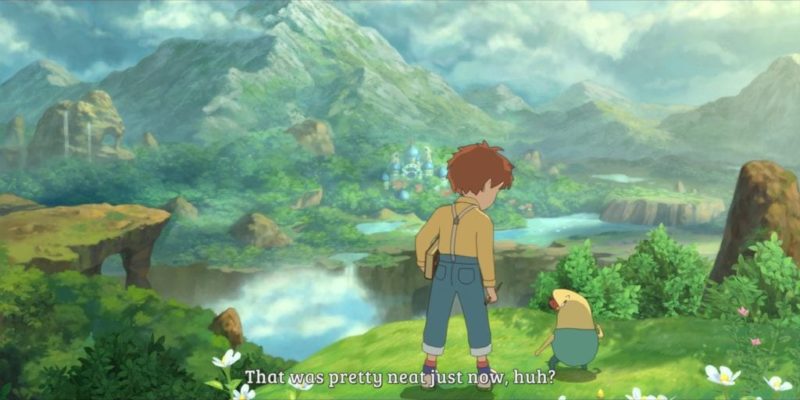 When it comes to getting PC versions of beloved games, it truly is better late than never. Ni no Kuni was initially released on the PlayStation 3 in Japan in November of 2011. Nearly eight years later, PC users will get to partake in the game’s colorful world and heartfelt story in Ni no Kuni Remastered. But what exactly are we getting here? Is there anything new or is this basically just a straight port?

Not much new no Kuni

Ni no Kuni Remastered is, just as the name suggests, purely a remaster. There’s nothing new to be found. What you’re getting is a better-looking version of the PlayStation 3 game. Ni no Kuni wasn’t exactly a technical marvel at the time of its release, using simple textures and less-than-detailed cel-shaded models. But that simplicity carries over well to higher resolutions. 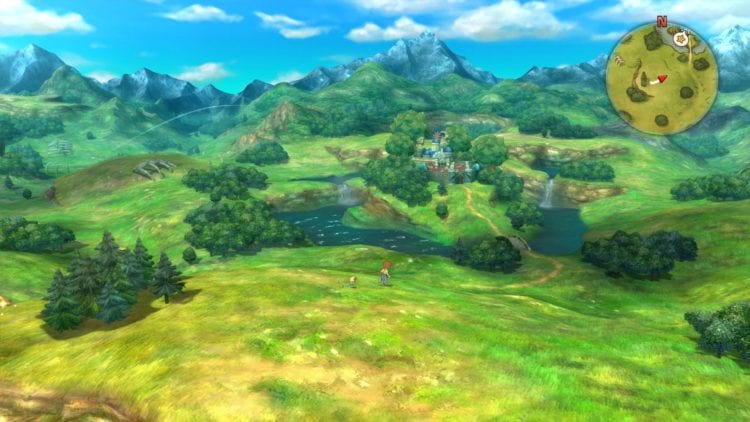 The game still looks very nice from an artistic perspective, and even though the character models are quite basic, it’s still an attractive game. The backgrounds and environments do fare better than the models, as there’s a lot of detail to be found that very much makes Ni no Kuni easy on the eyes for anyone who’s never seen it before. So, will you be able to run it at high resolutions and framerates? Let’s take a look at the specs:

As you can see, the minimum and recommended specs are the same, save for the amount of RAM. Even if your PC is a decade old, you’ll still probably be able to run this game. Ni no Kuni ran at 60 FPS on the PlayStation 3, so it doesn’t require much power at all to run well. Suffice to say, you can run this on a potato. You don’t even have to bake it or add cheese.

Bearing in mind what I went over previously, there are understandably not many options to choose from in regards to graphics settings. You can choose your resolution and frame rate, as well as VSync. There are also anti-aliasing and anisotropic filtering options, up to 16x. You can also choose between two shadow presets – default and high. The anti-aliasing is FXAA only, but this looks fine, as the game doesn’t necessarily call for TAA. 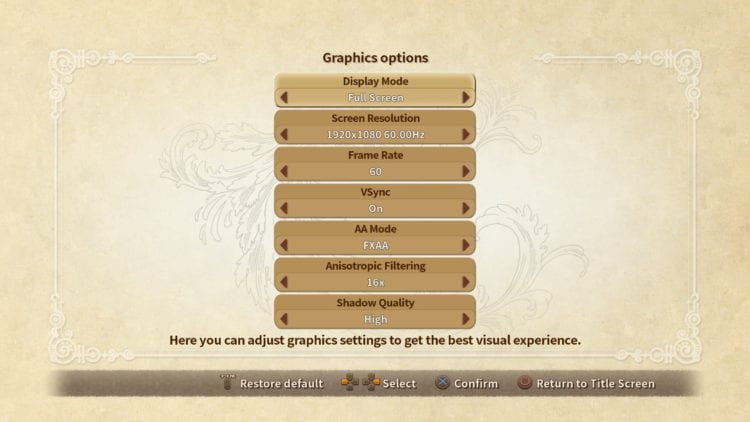 Ni no Kuni Remastered should also be able to run with all of these maxed out without issue. I never noticed any frame drops or issues with performance at all, which I expected from a nearly eight-year-old game. These older ports can sometimes be surprisingly problematic, so it’s great that this one runs without any hitches. For curiosity’s sake, here are some pictures with AA, AF, and shadows set to lowest to compare. 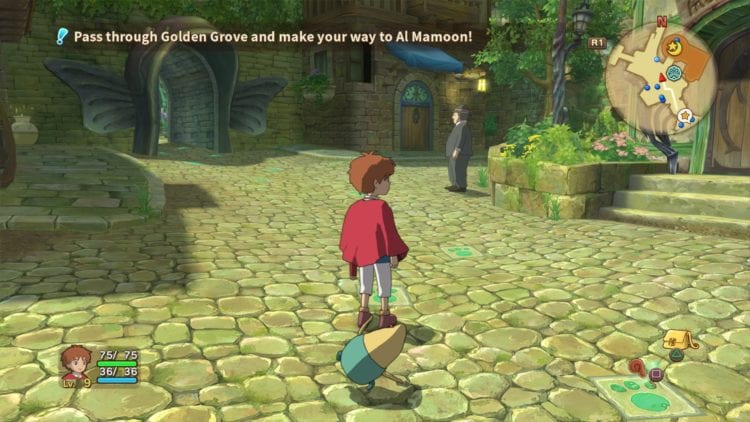 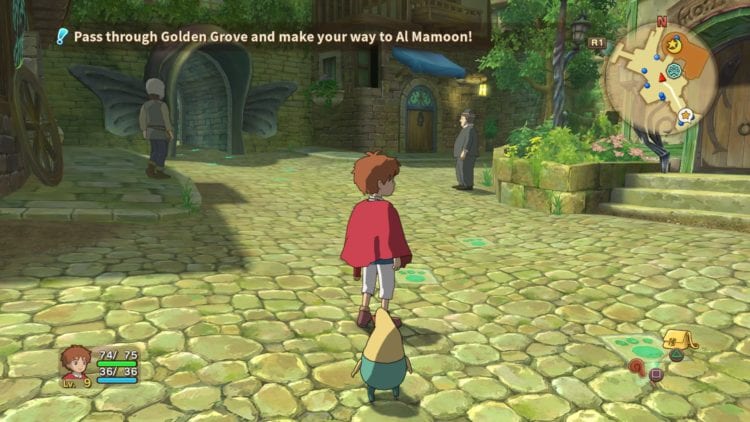 And then everything off 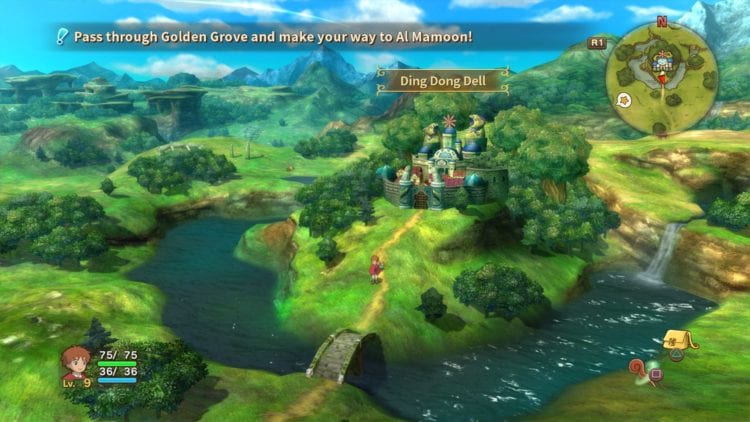 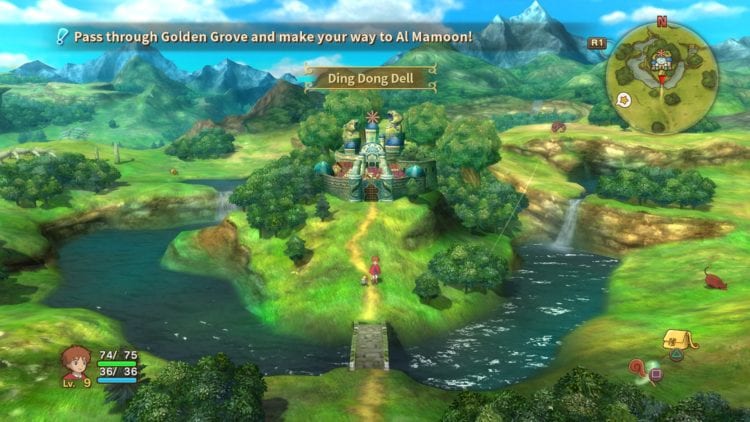 And everything off again

Ni no Kuni Remastered has the standard suite of controls. You can play with a controller or mouse and keyboard. I played with a DualShock 4 but came across just the one glaring issue. Even though the left trigger works perfectly, I couldn’t get the right trigger to register at all. While you can change keybindings in options for mouse and keyboard, controller bindings are all done via Steam. In Steam the bindings showed the right trigger as mapped, so I couldn’t figure out how to fix this. 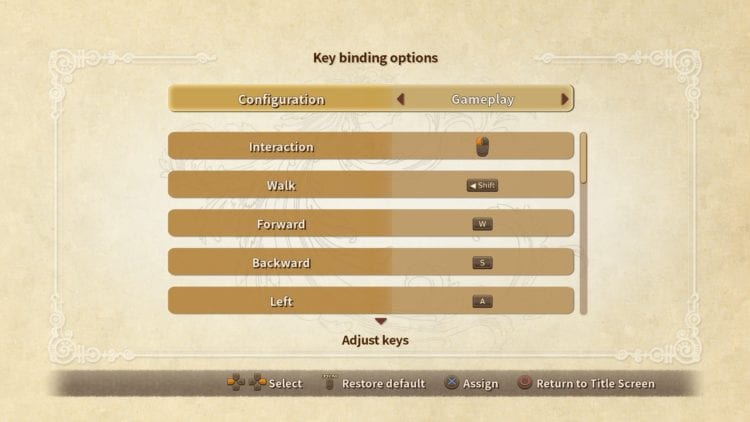 There’s mouse support for everything. Moving the mouse controls the camera. It can be used to select things in the game’s menus too. It works well enough and the game is perfectly playable with mouse and keyboard. I just hope the right trigger issue gets fixed, as it’s aggravating to only be able to move left in the combat menus.

So, control issues aside, Ni no Kuni Remastered is a very good port. But it’s also $50. While it’s a very good game and is certainly worth investing a large chunk of time in, that price tag seems very steep to me. Sure, the game can take upwards of 50 hours to beat, but it’s also a barebones port of an eight-year-old game. I honestly can’t imagine a reason as to why it’s being sold at such a high price other than name recognition. I can see punters being scared off by the price tag.

Should you buy it? Well, if you’re a diehard Ni no Kuni fan that absolutely has to jump back in on day one, then go for it. But everyone else would probably be better served to wait for an always inevitable sale. Regardless of its merits, $50 is probably too much money for this older game. Seems like $25 would be a better fit. 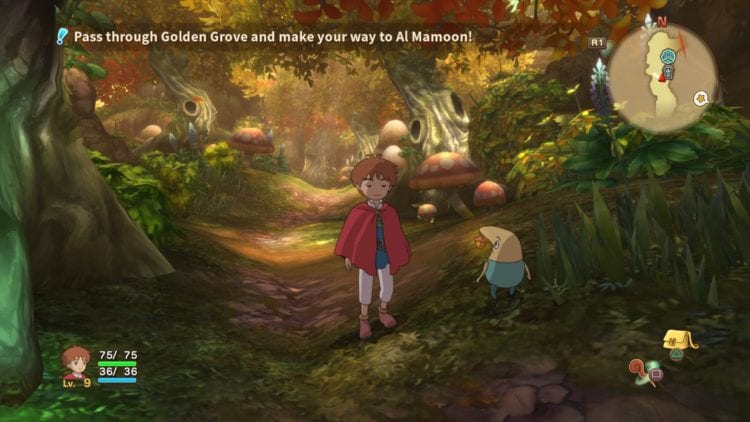 One of the things about Ni no Kuni Remastered that surprised me the most is the install size. I was expecting it to be maybe 6-10 GBs, but the initial download is 23 GB which fully installs to nearly 45 GB. If that seems insanely high for the game, it’s partially due to 16 GB of anime cutscenes. These cutscenes are gorgeous and fairly frequent due to the game being made in collaboration with Studio Ghibli. Of course, the rest of the game is still nearly 30 GB, which is also surprisingly high, but that explains why nobody tried to port the game to the Xbox 360.

Ni no Kuni Remastered is an excellent experience. Aside from that one button on my controller not working, this version is great and fans of the game will likely be happy with it. I wish there were some more bells and whistles, but I understand why there aren’t. With a cheaper price tag, it would be a no-brainer purchase.

The Call of Duty: Modern Warfare beta will have crossplay with consoles

Nauticrawl review | One step at a time