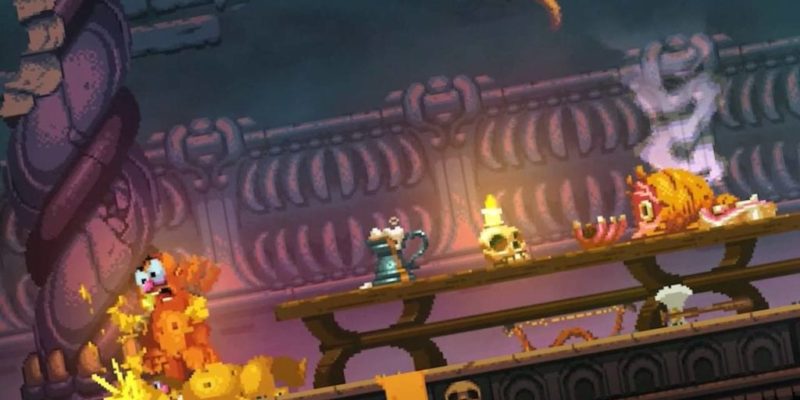 Deadly duelist title Nidhogg is getting a sequel in 2017, sensibly named Nidhogg 2. Messhof announced the follow-up today, along with the news that an early build will be playable at San Diego’s TwitchCon event (which starts tomorrow).

If you’re not in San Diego, you’ll have to settle for the official site, the game’s Steam page and a bit of a teaser trailer (below). There will be “all new moves and weapons” and ten new arenas in which to assert your sword-play dominance over all poxy oncomers. It’s also hard to avoid the new art style, which has switched the 8-bit-ish approach for a sort of … naked clay-mation puppet look?

Expect tunes from Daedelus, Mux Mool, Doseone, “and more”. Here’s a bit of Nidhogg 2 in motion.