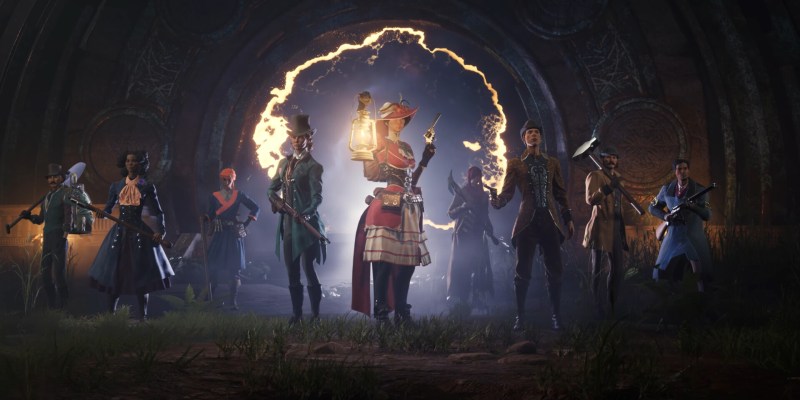 Former BioWare General Manager Aaryn Flynn took to the stage at The Game Awards 2021 to reveal the first game from his new studio, Inflexion Games. The game is Nightingale and it drops players into fantastical worlds where they need to find a way to survive. You can gather materials, craft weapons, and build safe spaces from the mythical monsters that inhabit the realms. You may also be able to befriend a giant. Check out the reveal trailer for Nightingale below.

Your salvation lies beyond the portals. You will need to travel through them to gather more resources. But each new world holds its own dangers. Some of which may be more than you can handle. Thankfully, the game worlds are shared by players. So, you can team up with friends to survive.

Nightingale is set in the Victorian era and the technology used by the characters matches the time. It falls into a very specific fantasy subgenre known as gaslamp fantasy. Not to be confused with steampunk. The story begins with you being thrown into a labyrinth of fantastical worlds after a magical cataclysm. Your goal is to find the last bastion of humanity, which is known as Nightingale. To find it, you’ll need to venture through the portals to new worlds. But each world will bring increased challenges and dangers.

Why can’t you just take it easy in one of the lush realms with an abundance of resources? Well, as the thing wearing the goat mask in the Nightingale trailer revealed, the Fae want you dead. It’s not an ideal situation for you. They will use dark magic and unleash creatures from nightmares to hunt you down. So, that’s what you’re up against. Best of luck.

Nightingale is on course for an early access PC release in 2022. With closed testing to begin in the coming months. You can register for these tests on the game’s official website.