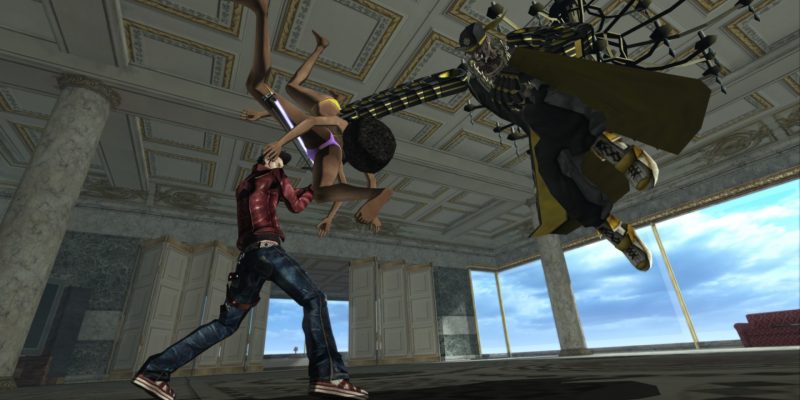 Alongside the PC release of No More Heroes is No More Heroes 2: Desperate Struggle. Unlike its predecessor, this is the first time the game has graced a non-Nintendo platform. Unless you count it being on Amazon Luna. That’s a bit of a grey area. Simply put, this port has all of the same problems as the other game. It too seems to be a port of the Switch version, but it is a better game in some major ways all the same. Retailing at $19.99 USD, it has a lot of ridiculous violence and puerile offensiveness to offer. But the question stands: is the PC port for No More Heroes 2: Desperate Struggle worth it?

Once again, this is a completely barebones port. Upon clicking the play button on Steam, you have the option of selecting to actually play the game or to alter the configuration. It features FXAA or MSAA up to x8, plus mipmapping. And that’s it. Just like No More Heroes 1, there are no resolution options. It simply launches at whatever your desktop is set to. The same framerate problems persist across the ports. With my 5700 XT, I get variable performance well below 60 FPS at 4K. For another Wii game. Great.

I do have mention that No More Heroes 2: Desperate Struggle doesn’t tank the framerate when you use finishers on enemies. That is at least an improvement over the NMH 1 port. You can also easily quit to the menu and exit the game without having to go through Steam. Just like the other port, you’ll need a controller to play. Once again, the game failed to recognize my DualShock 4, requiring me to use DS4Windows to use my controller. Oh, and the game can crash. During combat, I had the game straight up close on me. At least the missions aren’t long, I guess. 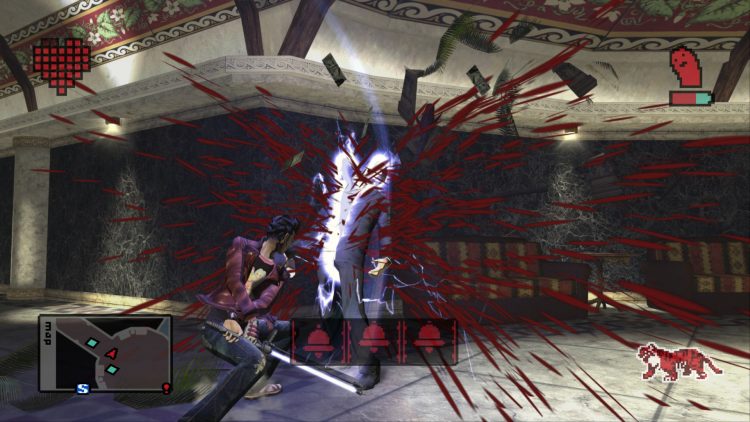 From open-world to menus

No More Heroes 2: Desperate Struggle picks up three years after the first game. Travis walked away from the assassination business after reaching the top, but just when he thought he was out, they pulled him back in! The 51st ranked assassin in the US lures Travis into a fight to get revenge for his brother, Helter Skelter. Travis kills him and claims the 51st spot, which he’s no longer all that interested in. But when Travis’ best friend, video store owner Bishop, is killed on the orders of the number one assassin, Travis sets out on a revenge mission in which he’ll reclaim the top spot along the way. So, yeah, it’s the same basic set-up as the first game. Kill all the people and get the top spot.

There are differences, of course. The first game had Travis start out by killing the 10th ranked assassin, but that doesn’t mean there are more bosses this time around. The most noticeable immediate change is that the open-world map of Santa Destroy that you could previously joyride in, has been replaced by a menu. Assassination contracts are now revenge missions where you kill off the number one assassin’s henchman in order to track down the guys that actually killed Bishop. And you don’t need to grind for cash to unlock subsequent story missions.

Side jobs are now much better, though, as they’re represented by 8-bit minigames that are typically pretty good. Travis can even increase stats by going to a gym operated by an offensive stereotype. But the best improvement is simply that the combat is better. It’s smoother and notably less clunky. The visuals are also a lot higher in quality, with better textures, geometry, character models, and effects. No More Heroes 2: Desperate Struggle is simply a better game, but not in a massive way. 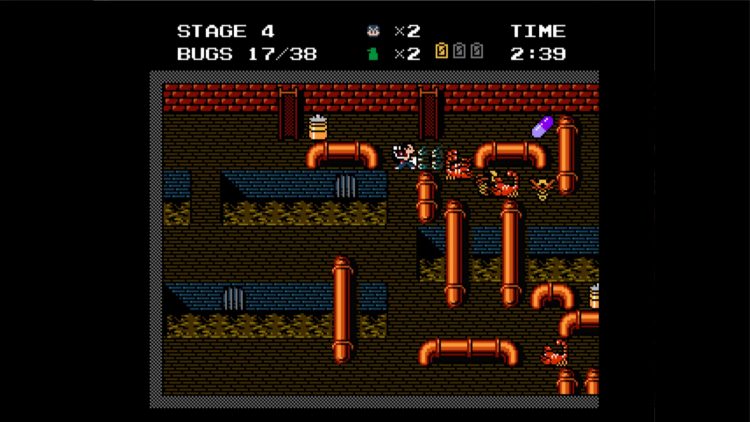 If you’re picking up NMH 1, then there’s not much reason to not also pick up NMH 2, unless you simply don’t like it for whatever reason. This port has most of the same problems, but this is still a fun, deeply stupid game that’s worth playing over a decade later.