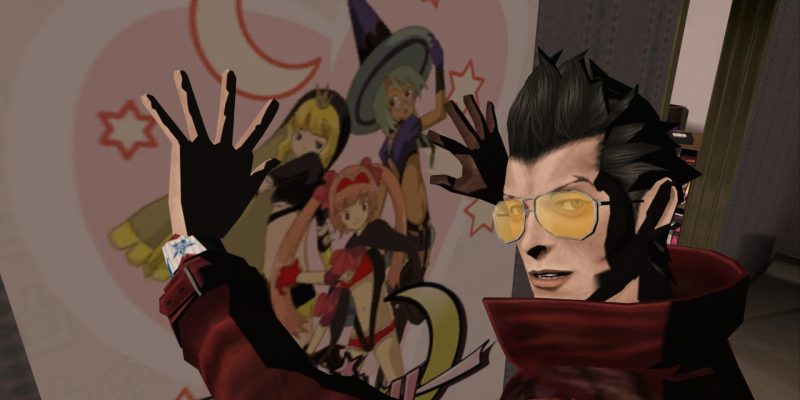 I’ll never forget the first time I played No More Heroes. A college friend had a Wii in his dorm, and I spent hours slashing my way through the game. That same friend ended up ghosting me because I kept comparing his haircut to the bad guy’s hairdo from No Country For Old Men. Still, I had a good time. Now the game is on Steam, meaning that PC players don’t need an emulator to play it finally. The game retails for $19.99 USD, but the question stands: is the PC port for No More Heroes worth it?

To avoid beating around the bush, this is one of those mega low-effort ports. Upon launching No More Heroes, you can choose to play the game or configure your settings. The only visual setting is anti-aliasing, and you can choose between either FXAA or a few levels of MSAA. Surprisingly, you can’t set your resolution at all. You can choose for the game to launch in fullscreen, but it’s borderless and not actually fullscreen. Surprisingly, the game didn’t recognize my DualShock 4 at all, and I had to use DS4Windows to play it. Not exactly the best start.

If you’re wondering which version of No More Heroes this is, it appears to be the Switch port that was ported from the Wii version. If you were hoping for any of the extra content from the PS3 version, Hero’s Paradise, absolutely none of that is on hand here. That version added some quality of life changes, plus new side quests, missions, and boss fights. I would have liked some of those extras, but that version also had a smaller open map and some graphical issues. As such, the original version of the game is fine, and it’s plenty enjoyable, at least for a Suda51 game. 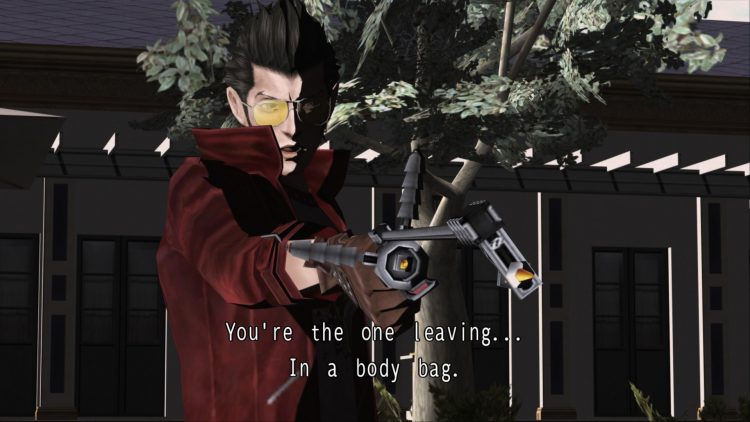 Despite being a PC port of a Wii game, No More Heroes is surprisingly badly optimized. Since you can’t choose your resolution, it just launches at whatever your desktop is set at. If you switch resolutions while it’s open, it won’t adjust and will continue to output at what it launched with. I initially tried to play the game at 4K, only to be caught off guard by the framerates fluctuating between 25-40fps. I had to close the game to manually change resolutions. Upon trying to close it, I also discovered that you apparently cannot do so from within the game. No More Heroes must be closed via Steam or by closing the program manually.

Even at 1440p, things were far from great. While I often managed 60fps, the framerates still tanked after killing enemies. Frames dropped regularly regardless. I’m using a 5700 XT and No More Heroes is a Wii game. I should be able to run it at 4K and 60 FPS with no drops. Perhaps it performs better on Nvidia cards. Still, I’m disappointed by most aspects of this port. It’s as barebones as it can get, save for the anti-aliasing.

But what about the game itself? If you’re reading this, you’ve likely played No More Heroes before. If you haven’t, here’s the skinny. You play as Travis Touchdown, a sociopath with a penchant for sexual harassment and wanton acts of carnage. He lives in a motel with his cat and is a fan of mahou shoujo animation. He’s also a hitman. He’s been convinced by a French woman to become the number one ranked hitman in the United States. To do this, he’ll have to kill the top ten and claim their spots. The game opens with Travis arriving at the home of the man holding the tenth rank. And then Travis cuts his fucking head off. 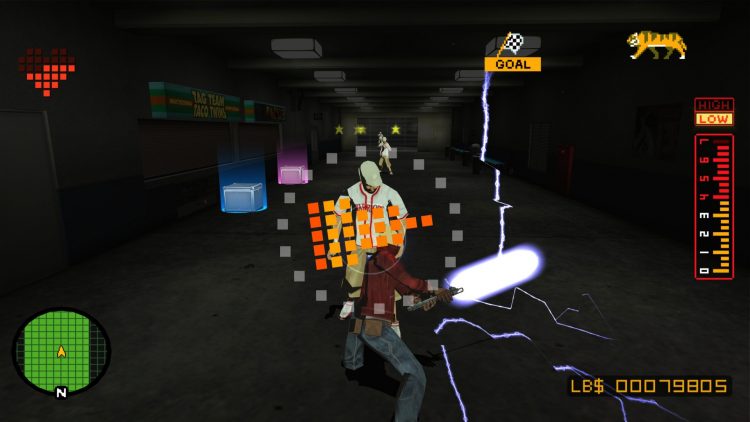 Whether you’ll enjoy No More Heroes‘ brand of sheer idiocy will depend on individual preference. I was always partial to the game. Suda51’s unique art style is in full force here and the cutscenes are entertaining. The voice acting’s still great too. Listening to Travis’ targets monologue before he rends them asunder still hits the same high notes as always. It’s a goofy game that can’t be taken seriously. Just another testament to Suda51’s love of style over substance.

The gameplay doesn’t hold up so well. No More Heroes was originally a Wii game, and all remote waggling has been replaced by moving the right stick. You’ll need to do so to charge your weapon that definitely isn’t a lightsaber. You’ll also use it for quicktime events for melee struggles, wrestling moves, and hundreds of eviscerations. The controls are somewhat clunky and mostly boil down to running up to enemies, mashing the attack buttons, and then flicking the right stick to make them die.

It doesn’t help that the right stick doesn’t always translate as it should to the original release’s motion controls. Sometimes it works, sometimes it doesn’t. You can flick the analog stick in the wrong direction and it’ll work, but maybe you’ll do exactly what it says and it won’t. It’s a crapshoot. Travis can use high and low attacks, as enemies will often block one or the other. He can also use two different kinds of stun attacks that open enemies up for wrestling moves. His lightsaber attacks can be charged as well. Finally, he can block and dodge roll. The combat is functional, but this isn’t a high-tier character action game. 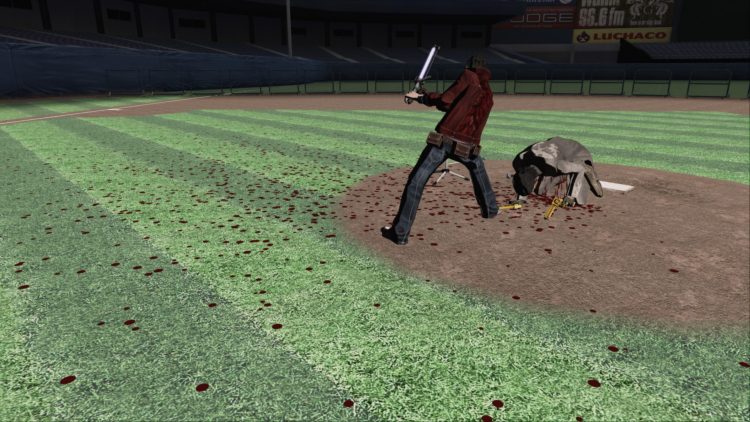 It’s also highly repetitive. After besting each assassin, Travis will go out into the open world to raise cash. He can’t take out his next target without paying a fee, you see, so he has to work odd jobs or take assassination contracts. It’s blatant padding. That being said, the ridiculousness of the game’s action, setting, and characters are still plenty entertaining to me. The port is disappointing, but at least it’s not overly expensive. I’ve also wanted to see the game on PC for some time. The PC port of No More Heroes is worth picking up if you want to play the game again, but you might want to wait for both a sale and a patch.