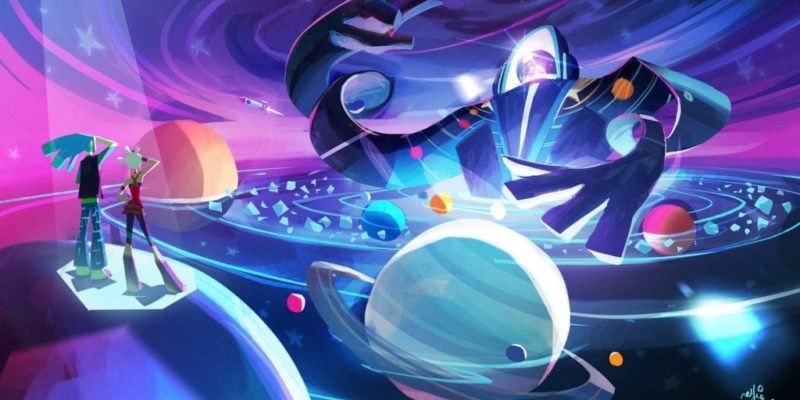 Despite how it might look, No Straight Roads isn’t a music rhythm game. Well, not exactly one, anyway. Although the soundtrack plays a major role in its gameplay, players have the freedom to roam and even fight without paying a ton of attention to the soundtrack. That said, it helps a lot to do so.

I sat down with Metronomik co-founder and CEO Wan Hazmer, who is also the game director for No Straight Roads, as I played through an early demo for the game. The former Final Fantasy XV lead game designer explained that games such as Space Channel 5 were major inspirations. That said, he likens NSR more to Jet Set Radio – a platforming game with an unforgettable soundtrack. Similarly, players will freely explore the world without necessarily needing perfect rhythm-matching skills to make it through the game. 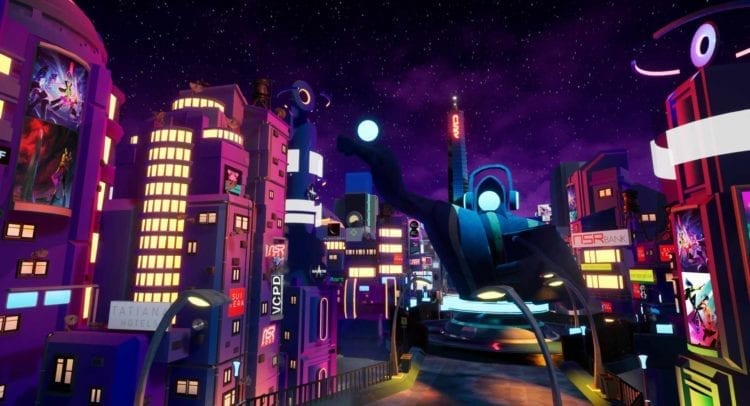 Welcome to Vinyl City. Time to crash all the clubs and liberate it!

“I’ve been playing a lot of rhythm games since Beat Mania. But I noticed that whenever I asked a friend to come over and play, they said that they’d just watch me play,” Hazmer explained. “I was baffled by this because everyone loves music. Yet, because of the input device, not everyone can participate in music games.”

Rocking to the beat

Hazmer said that story-based music games heavily inspired him. This led his studio to develop a game where music is heavily integrated, but you don’t necessarily need to be a rhythm gamer to play it.

No Straight Roads centers around an indie band called Bunk Bed Junction. It’s comprised of two characters, Mayday and Zuke, who are trying to topple an evil EDM empire that wants to stop all other music from being played in Vinyl City — and the world. The evil empire is called No Straight Roads, and the fact that they named the game after its villain gives some indication as to how boss-centric it is. 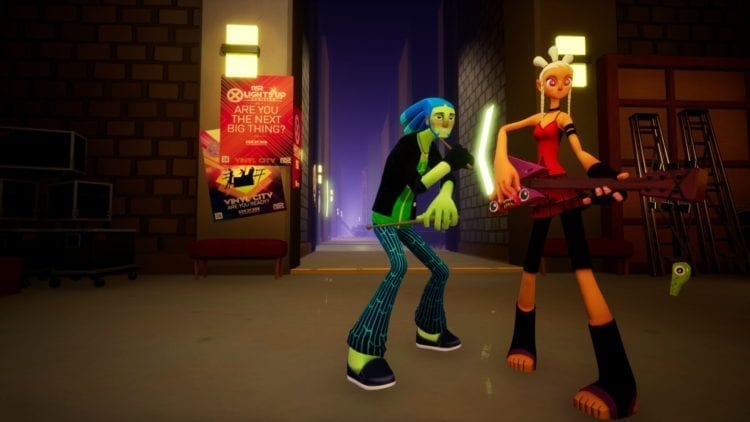 The rocking duo, Mayday and Zuke.

The Jet Set Radio inspiration is immediately apparent with the game’s bright and cartoonish art style. However, NSR features more combat heavy gameplay marked by giant boss fights. Hazmer describes the lead guitarist, Mayday, as the heart of the group. She has a deep passion for rock music and brashly follows her heart. The drummer Zuke is more of the brain, with a greater appreciation for music theory. However, he admires Mayday’s passion and enjoys how they complement each other, which is how the two came together to form a band.

A short tutorial took me through the basics of striking, dodging, and using my character’s special ability to transform special objects. Each character changes objects differently. For instance, Mayday will turn certain objects into weapons, while Zuke changes them into utility items like ramps. Players can switch between the two of them as needed, or friends can join the fun via local split-screen co-op. However, the game will not support online multiplayer.

Hazmer said that the theme behind the special abilities was that music could change the world. Additionally, the two characters play almost identically at the beginning. They become more distinctive as players customize their weapons and assign points to their respective skill trees. 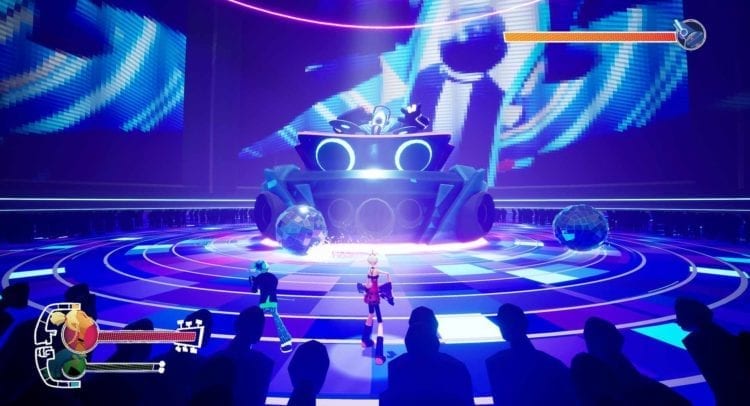 For example, Mayday’s moves will require more button holding. Some abilities will require players to flick the analog stick of their controllers as though they were strumming a guitar. On the other hand, Zuke, the drummer, can go beyond three consecutive combo moves. However, players will need to listen carefully to get the beat right. I stuck with using Mayday throughout the demo except when the game required me to switch.

Although NSR isn’t exactly a rhythm-based game, it’s not one where you can get away with button mashing either. Players still need to time their moves correctly to parry or dodge projectiles, which come at you in rhythmic patterns that match the soundtrack.

The demo threw me into a boss fight as soon as the tutorial ended. I went up against DJ Subatomic Supernova, who has a shining disco ball for a head and long ribbon-like arms. He summons several spheres that orbit around the character on tracks, as though I were running on a giant spinning record. I had to break down orbs to collect notes — the game’s ammunition — while transforming interactive objects into cannons. At the same time, I needed to get off tracks as they lit up, indicating an incoming attack, while dodging Supernova’s mega blast. 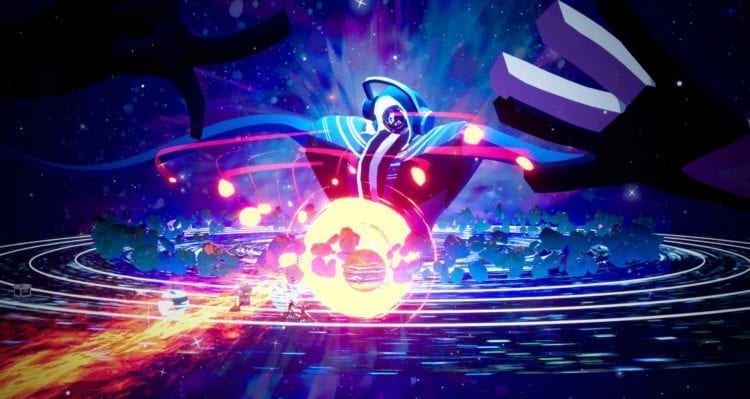 Pay attention to the beat and watch out for that blast.

I managed to get by using straight intuition for most of the battle, dodging as tracks lit up and firing back. Still, listening to the music would have helped me fight more effectively. Things eventually escalate, with the setting turning into a mock version of the solar system and each planet serving as a weapon. Supernova also began hurling giant records at me. All the while, music indicated the timing of the enemy’s attacks. For instance, the tracks would light up after a certain number of beats.

Hazmer pointed out that I was experiencing three different layers of music that changed according to my progress. The backing, melody, and rhythm tracks were comprised of EDM, disco, and rock. At the start of any given boss fight, the tracks are dominated by EDM and whatever signature genre the enemy uses, which covers everything from disco to classical. But as the player wears down the boss, rock music replaces the tracks until it overtakes the others.

The battle concluded with a rhythm-based equivalent of quicktime events, where Supernova summoned a black hole that shot projectiles at me. I had to run down a trail and parry the objects as they came close. It took a few tries, but I eventually learned to count the beats, make my way up the path, and defeat the boss.

Finishing off boss characters provides more than a sense of satisfaction. Players take special abilities from them that they can equip onto one of two slots on each character.

No Straight Roads releases for PC and PS4 in spring of 2020. The game’s soundtrack will also be available, which includes every boss mix.