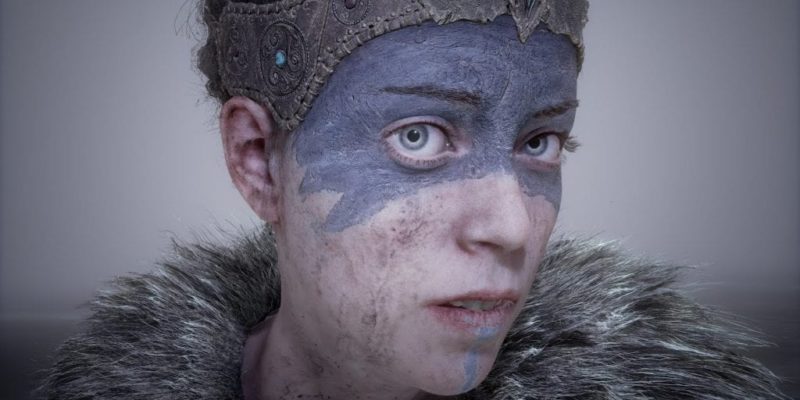 Hellblade was first announced way back in August 2014. However, this isn’t the typical case of a game studio announcing a game way too early and then going silent for years. No, Ninja Theory wanted to bring us in on the creation process of Hellblade: Senua’s Sacrifice. And I have to salute them for what they’ve been doing. Every month since the initial announcement there’s been some incredible developer diaries that dive deep into the various creation tools it takes make a video game. They’ve covered just about every topic — from creating the world, music, and ‘voices’ in the action-adventure title. The latest developer dairy focuses on the actors behind the characters, as well as a fascinating way to merge together two separate scenes (one animated, the other live-action) — it’s interesting stuff, check it out below.

I think more developers should include the audience in the creation process. Thanks to these Hellblade: Senua’s Sacrifice development dairies, the game is one of my most anticipated titles. I even felt inspired enough to make a fan trailer you can watch at the bottom of this article.

The developer of Hellblade: Senua’s Sacifice, Ninja Theory, is no stranger to action adventure games. They’ve developed major titles like Heavenly Sword and DMC: Devil May Cry last console generation. Both game of which were received positively by critics. They’ve also worked on the Disney Infinity titles, and Enslaved: Odyssey to the West.

While Hellblade: Senua’s Sacrifice does implement the hack-and-slash gameplay you’d expect from an combat-focused action-adventure game, there’s also other types of gameplay to look forward to. If you didn’t know, Senua, the main protagonist, has psychotic manifestations of her own reality and mind. This causes her to see things that aren’t there in real life, but are very-much real to her. As the player it means you will have to overcome these oddities during your treacherous journey, as if giant sword-wielding enemies weren’t frightening enough.

What I’m hoping Hellblade will be is an extremely personal experience. I’m hoping for quiet moments of dialogue, along with gorgeous areas to admire. I want to know everything about Senua, and I want to feel the pain and confusion she endures throughout the game. I personally want action moments to be scarce, therefore more impactful and intense. The game surely looks as if it’s the type of experience I’m hoping for. The amount of tender, love, and care Ninja Theory is putting into this title is actually very inspiring, and I truly hope it pays off for them in the end.

Lastly, once again I highly recommend you watch all of the developer diaries. All together it’s probably like watching a full movie/documentary. Can’t stress its greatness enough.

Fun fact: Melina Juergens was working as a video editor for Ninja Theory during the development of Hellblade. She began as a stand-in actress for Senua on set, but after acting out the scenes, the studio decided she was perfect for the role. They even used her real-life appearance for Senua! You can learn more facts about this here.

Hellblade: Senua’s Sacrifice is set to launch this year on PlayStation for and Steam, but still no word on a official release.

Brett Medlock is one of our leads on video production here at Enthusiast Gaming. He’s obsessed with action-adventure games, platinum trophies, and K-pop. To hear more about how lame he is, follow him on Twitter @brettnll