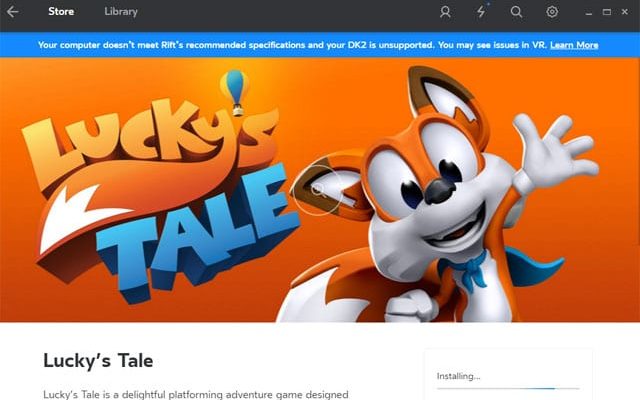 As silently as it was added, Oculus has now removed the headset check which put a spanner in the works for ReVive which enabled Vive owners to play games from the Oculus Store.

The ReVive author CrossVR updated today to confirm this has now happened which is likely a response to the backlash Oculus received when the headset check was added.

“I’m getting reports from multiple users that the headset check is indeed removed. I don’t think they changed their stance on exclusivity, but they’re at least willing to meet us halfway by letting us mod our games. I’m delighted to see this change and I hope it can generate a lot of goodwill for Oculus. Now let’s hope all companies work towards a more officially supported solution for HMDs to function on all stores. It’d help greatly if there was a unified SDK.”

It’s important to note that this does not mean games on the Oculus Store are Vive compatible but it means that ReVive can be used as a hack to make them compatible. Nobody knows if this has happened on purpose or whether the headset check will return.

With Palmer Luckey being extremely keen on Oculus exclusives, the check could reappear. A new version of ReVive has now been released.