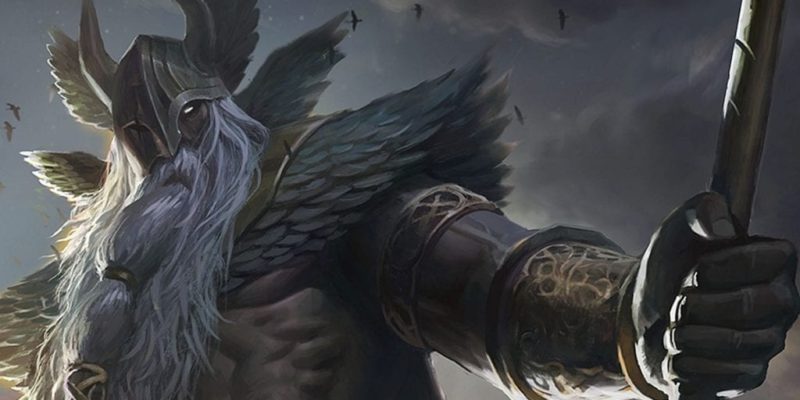 Few old-school PC and PlayStation gamers can ever forget the original Rune. Released in 2000 by Human Head Studios, Rune was a Norse-inspired hack-and-slash with RPG elements. At the time, it was thematically different from the standard action game fare. Besides, who doesn’t want to hack apart goblins as Ragnar?

Rune‘s graphics were hailed as ahead of their time (bear in mind, this was only a year after the original EverQuest was released), and some of the combat and exploratory dynamics were impressive. The game’s popularity grew quite rapidly, with a pen and paper adaptation even being released the following year. Now, eighteen years later, Human Head returns to the Norse battleground with Rune: Ragnarok.

With the universal success of History Channel’s Vikings, many game developers are jumping on the bandwagon. Human Head, being one of the pioneers of the genre, picked the right time to return to it.

But Rune: Ragnarok differs quite a bit from its predecessor in many ways. The original Rune was rather linear, with a set character and story progression, but Ragnarok offers more freedom. While also set in Midgard, this time around the player carves out their own tale. In this Rune, players create their own Viking to go on raids with. In addition, players can explore Ragnarok with up to 64 other players online.

Battle the gods themselves with up to 64 other players.

What to do in Midgard

Human Head offers a variety of activities for players in Rune: Ragnarok. In addition to mere exploration and grinding enemies for rewards, there’s some more structure to this open world. There will also be raids, where players can team up to take out large PvE enemies or fight one another in large-scale PvP. Rune will also have a dynamic quest system that merges objectives with players you’re grouped with or around at that time. This offers a new level of fluidity to quest-based gameplay. Instead of tedious sharing and organizing quests, objectives simply stack on allies so you can keep hacking.

In Rune: Ragnarok, you progress via earning XP and leveling up; however, there’s another component. A new type of XP, called favor, is earned through questing and gaining levels. Favor basically represents how much the god you’ve aligned with your character likes you. This is used to unlock skills and abilities throughout the game and make your character more powerful. Essentially, you’re doing all of this for a divine version of, “I’m proud of you, son.”

As for stats, your standard health and stamina are present, alongside two classics from the original: berserk and rune powers. Rune powers act as consumables, however, whereas in the original they were more akin to weapon enchantments.

Your God style determines your lifestyle — and your death style.

How do classes work?

In Rune: Ragnarok, the class system is both familiar and different. Instead of picking a “hero” type (Rogue, Wizard, etc.), players choose a god. Each god assigned to a character has its own stats, skills, and weapon type. So far, Odin seems defense-based, wielding a spear. Hel resembles more of a DPS-type with an axe, and Thor seems more well-rounded with his hammer. More god abilities and stats are to be revealed at a later date.

It’s Ragnarok! Everything, including other people, are gonna try to kill you! Rune‘s baddies include the following:

Ouch! But there’s surely nothing else, right?

As I’m sure that heading must’ve given away, there’s another special type of enemy — the Draugr. Draugr, meaning “ghost” or “revenant” in Old Norse, are elite warriors. Risen from the frozen underworld itself to aid Hel in ending Ragnarok, these undead foes were coerced into serving Loki. They’re described as harder to kill and far more lethal, and not in a Bethesda sort of way. With a myriad of complex moves, these will require more of a team effort to bring down. They can be found in the hardier areas mostly, but Human Head isn’t ruling out the occasional noobstomper.

Rune: Ragnarok‘s PvE content promises to be a challenging experience. With highly developed AI, enemies won’t just run at you and take a swipe. They’ll learn your behavior and counter with their own. Baddies have a wide array of abilities that they use strategically to adapt to a given situation. They’ll also use the same Rune abilities that players do, and switch weapons mid-combat in response.

If that wasn’t enough, players will be actively hunted (and evaded) by their monstrous opponents. Remember kiting, the process of just running backward and hitting an enemy mindlessly chasing you? Yeah, Rune‘s monsters do also, and they’ve crossed it off their playbook.

Not everything’s hostile, however. There will be non-aggressive animals to hunt and eat. Get in my belly, Rudolph!

Who’s ready to face off against Loki for the 500th time in a video game?

Why not both? Rune: Ragnarok delivers its story to players in a variety of ways. First, there are lore stones scattered across Midgard. These stones can be interacted with and give crucial information about the lore of Rune. Each lore stone in an area will divulge the history of the area, telling the story to the player as they explore. As a reward for this, many lore stones will also grant players recipes for crafting.

Human Head has also chosen to tell the story in the form of progression through quests as the player levels. Your god further provides a voice-over to the overall story and lore throughout your journey through Ragnarok.

Is there an esports future for Rune: Ragnarok?

A popular inquiry about the title is whether or not it will have a Battle Royale mode (because we all know how many more of those we need in gaming, right?), and Human Head has no plans for it. However, they’ve certainly stated that they’re going to make PvP an integral part of the game experience. They’re also not ruling out competitive play, and plan to incorporate different elements into it. One shouldn’t rule this game out as mindless fun just yet. After all, what’s a bigger battle royale than Ragnarok itself?