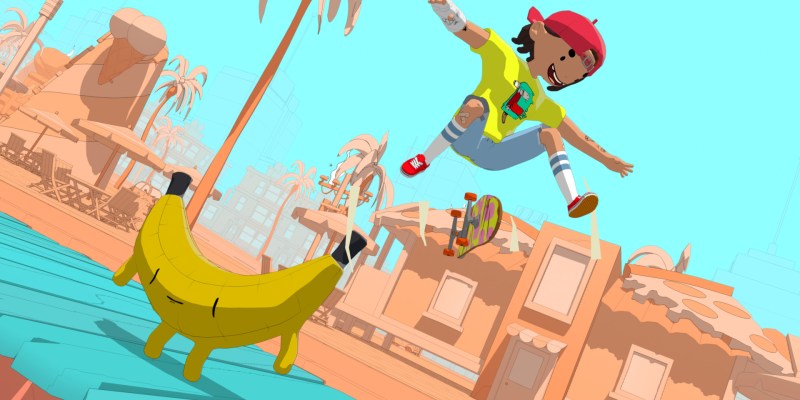 It’s a great time to be a gamer and a skater. Sure, we’re not going to get Skate 4 for a while, but in the meantime, we’ve gotten some great titles. Skater XL and Session have come in to fill that Skate-shaped hole, and Skate Story is taking a more creative approach to the sport. But for something a little different, there’s always been OlliOlli. This franchise of skating titles is less realistic and more platformer, guiding players through colorful levels. Today, a new entry in the series, OlliOlli World was announced and will have players search for the gods of the skating world.

Today’s announcement trailer for OlliOlli World shows more of what players should expect from the series. You still control a skater that can manage to ride impossibly long walls and grind enormous rails. Of course, it’s hard to focus on the paths you have to skate on when the different levels look so vibrant. In their quest to discover the skate gods, players will shred their way across multiple, colorful worlds and meet equally colorful characters.

If you’ve never played an OlliOlli title before World seems like a great entry point. The franchise isn’t too complex, but it rewards players that learn how it works. The games are mashups of the skating games you already know and include fast-paced platforming akin to Bit.Trip Runner. You can pull off different tricks and grinds but have to make sure you’re avoiding hazards.

OlliOlli World is mixing up that tried and true formula by taking things to a grander scale. Instead of a single path to skate down, levels will now have branching paths, giving players more of a reason to go back and explore previous levels. A sandbox mode will also be present in the game, giving players access to even more levels to skate across.

OlliOlli World is currently set to release on PC this winter.