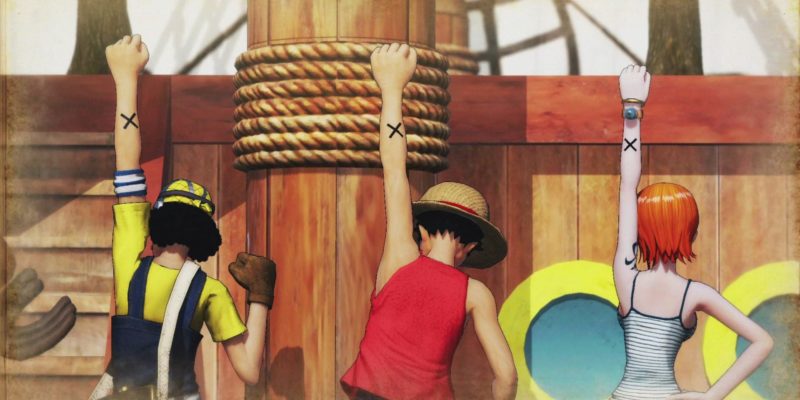 One of the defining characteristics of entries in the One Piece: Pirate Warriors series is that they tend to make the previous game obsolete. The second game offered a breadth of characters and new stages that made it nearly pointless to go back to the first. The third game did it again, offering a surprisingly comprehensive story and an even more impressive amount of new combatants. However, One Piece: Pirate Warriors 4 breaks this cycle.

To be clear, One Piece: Pirate Warriors 4 is a good entry in the series, but it doesn’t take away the last game’s value. Interestingly, it covers simultaneously less and more of the story, while removing a large chunk of characters and adding others. It also makes some fairly striking changes to the gameplay that successfully make it stand apart from the third game. But series devotees are likely going to find themselves going back to both for the foreseeable future.

Too much manga, too little game

If you’re reading this, you know what One Piece is, so I’m not going to explain the gist or anything like that. The third game in the series tried its best to cover each major arc in the manga, albeit briefly and often with just a single large map. 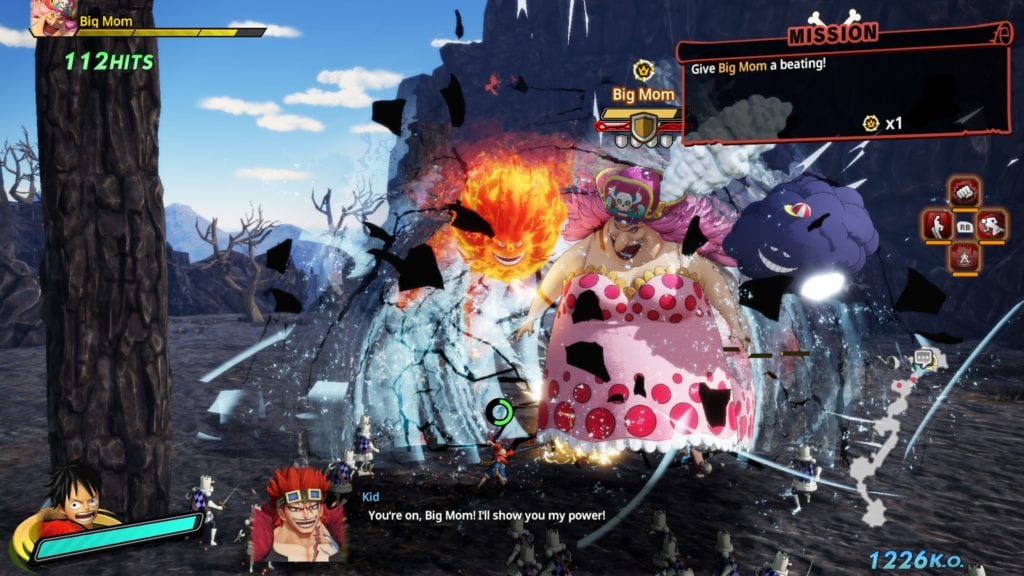 By comparison, One Piece: Pirate Warriors 4 spends the first half of the game only focusing on a few arcs before spending the latter half on the most recent ones. It’s jarring and oftentimes doesn’t make a lot of sense, but with a series the size of One Piece, it’s hard to blame them.

Specifically, the game skips the first 17 volumes of the manga, only mentioning details in passing. The game starts with the Alabasta arc and gives it more detail than the last game did. And then it completely skips Skypeia before jumping into Water 7/ Enies Lobby. Then it skips Thriller Bark, focusing on Sabaody Archipelago, skips Impel Down, and then takes us back to Marineford for the umpteenth time. And then it skips Fishman Island and Punk Hazard.

Cut to the bone

Omega Force clearly made a conscious choice to focus on content that the previous title couldn’t focus on. The Dressrosa arc in that game was mostly original, as not enough of the manga had been published for them to know the details, so they decided to spend half of the game going deeper on Dressrosa and Whole Cake Island, with some original Wano Kingdom stuff included. If you’re not a diehard fan, you’re going to be lost. There’s no way around that, really, but it still results in a weird first half. 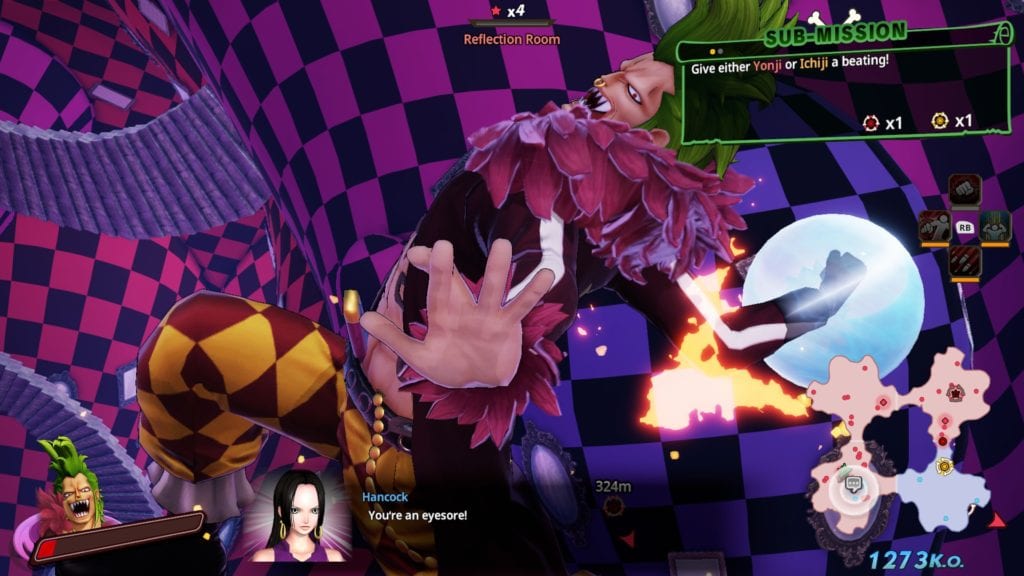 One Piece: Pirate Warriors 4 is missing too many iconic areas and fan-favorite characters to stand on its own in the way that 3 did. But in that way, it makes for a great companion piece to that title. It has a couple of arcs that the previous game lacked, including 13 new characters, such as Sanji’s siblings, Bartolomeo, Carrot, and Katakuri. But it also loses nine characters, including fan favorites such as Eneru, Perona, and Gecko Moria. The missing characters are especially curious since the vast majority of the characters here have been lifted from previous entries. Plus, we lose a huge amount of enemy variety on top of it.

Meet the new boss, same as the old boss

A fair amount is still new in One Piece: Pirate Warriors 4, though as usual, there is no English dub. All characters can now jump and use air attacks. Many of them have entire air combos that can be combined with the new charge mechanic, although lots of them only get single attacks a la typical Dynasty Warriors characters, which is disappointing. The charge mechanic replaces the dodge of prior games. Surprisingly, it has a stamina meter tied to it and lets you cover different distances based on how long you press the button. 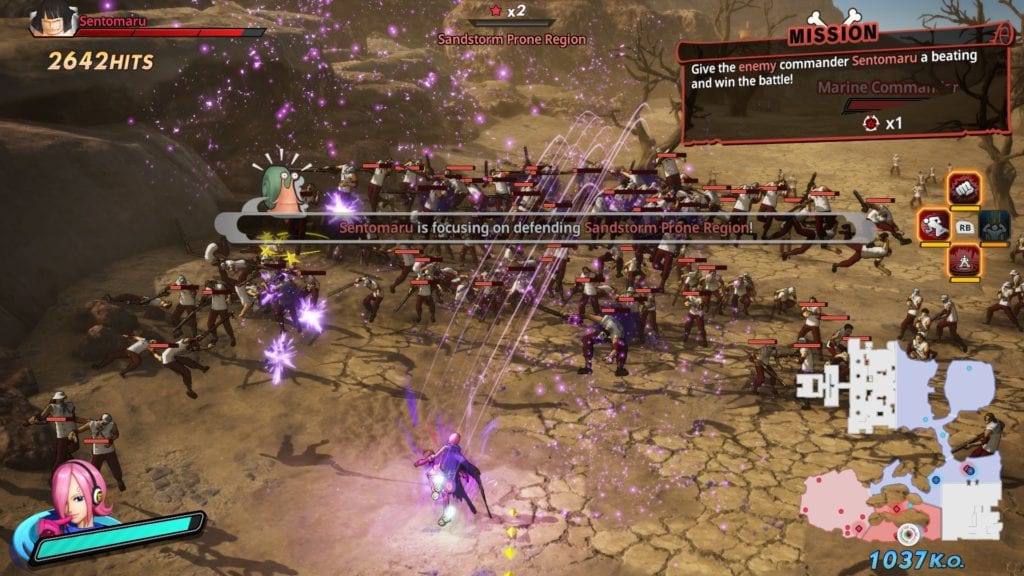 There are also now launching attacks, which can knock unarmored enemies into the air to enable combos. Once your combo string ends, you can charge at them, which keeps them aloft for a moment and allows you to continue wailing on them unabated. It actually works really well. Charging at an enemy is also a great way to lead into a combo. The combat here is even better due to it.

Even more surprisingly, though, is that One Piece: Pirate Warriors practically does away with musou special attacks altogether. Instead, you can now assign four skills to each character. Some of these are the character’s former musous, but others function like a rage mode, which enhances your character’s abilities based on their combat type. Some are even powered-up versions of regular moves that got taken out of a character’s default move set.

Each character has two maps that you unlock nodes in. These nodes increase their statistics and teach new equipable skills and moves. They need to be unlocked via the currency you get from completing levels and the coins that enemies drop and levels reward you with. The strength of a character is totally reliant on these maps and there is no more leveling. So, forget about grinding a character up in One Piece: Pirate Warriors 4. 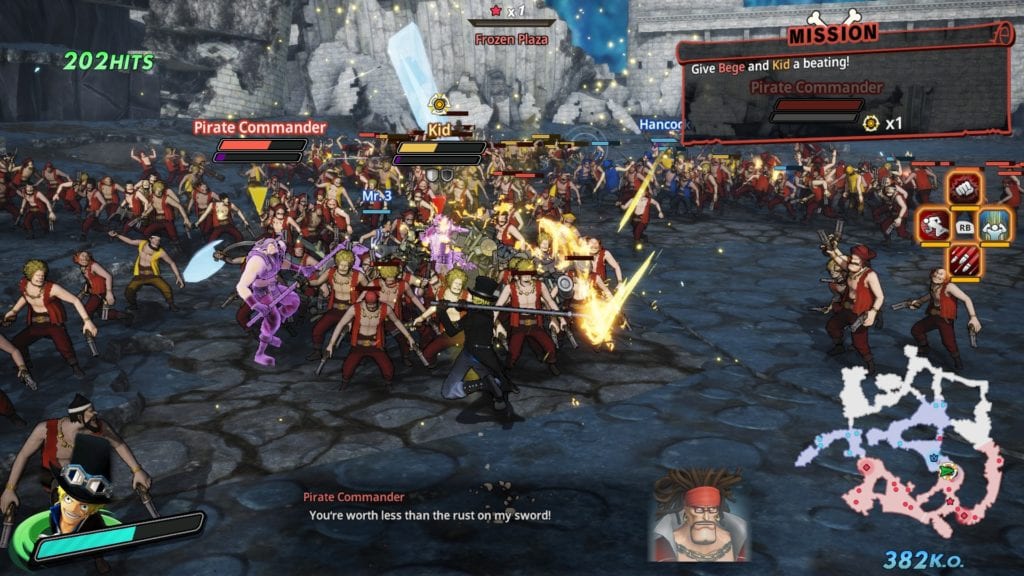 I think most of these changes are pretty solid improvements to a game that I was already fairly fond of. But it takes a really serious amount of currency and coins to max out a character, which is quite possibly more time-consuming than just level grinding.

Structurally, One Piece: Pirate Warriors 4 is mainly divided into Dramatic Mode and Treasure Mode, aka the story and the bonus stuff. Just like the last game, the story mode sees you taking on missions based around the manga’s plot, while the bonus stuff takes you to random maps with random objectives to accomplish. Both modes can be played online too.

In that regard, they’re very similar, so series fans will feel very at home in regards to types of content. The Treasure Mode levels drop specific coins too, which you’ll need to grind for if you want to max characters. They come in three set difficulties that each need to be completed before the next is unlocked. It’s also worth mentioning that the game doesn’t appear to have any mid-mission save function. If you lose, it’s back to the beginning. Since missions can be failed by an ally getting killed or a strong enemy taking you out suddenly, that was certainly not a good choice, especially considering that the other games had this feature. 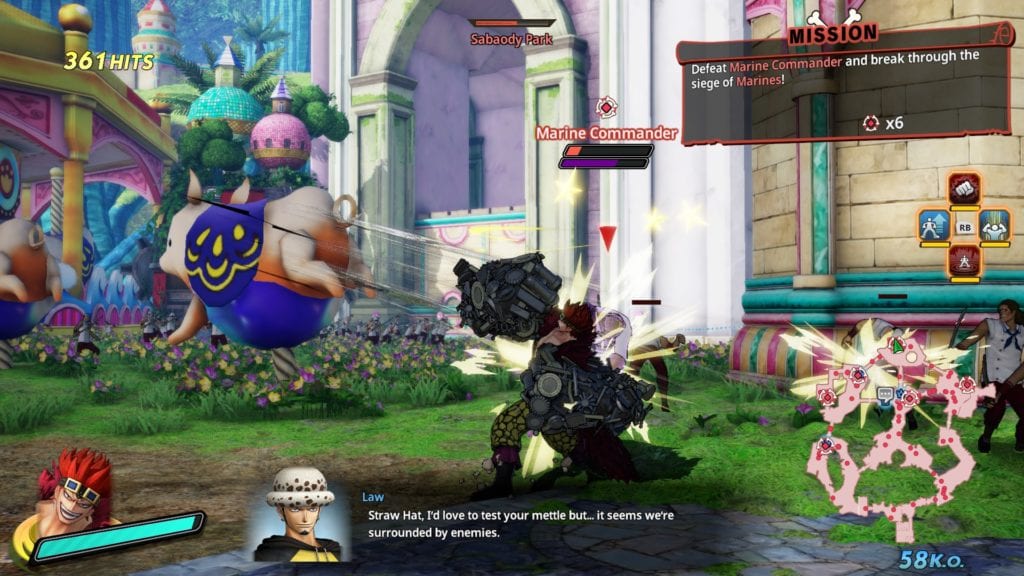 Visually, One Piece: Pirate Warriors 4 is very, very dated. It features very old character models and many low-res textures. The last game may have released in 2015, but it just doesn’t look very good at all. But at least there’s far less character model pop-in than there used to be. Environments are highly destructible too, which is neat. Seeing Luffy slam a horde of dudes into a building and watching the place break apart is entertaining.

I know a lot of people are pretty skittish in regards to the PC version of this game due to the last one, but it’s certainly better this time around. That game had the unfortunate distinction of using the Vita version’s graphics. This version is on par with those of the other consoles, though. That being said, the game is still poorly optimized for PC. The videos stutter if your FPS isn’t locked at 30, which is rather annoying. My high-end rig suffered severe frame drops into the 20s at times, though they usually hovered at about 40 FPS when there were a lot of enemies onscreen.


Lastly, many people are reporting that their Xbox controllers aren’t working at all. However, I played with a DualShock 4 and never had any problems.

One Piece: Pirate Warriors 4 is very much worth playing for fans of the series. Getting a more accurate version of Dressrosa, plus Whole Cake Island and Wano Kingdom content, will undoubtedly be very alluring. Many of the game’s changes are fun and worthwhile, and it features combat very similar to what they know and love.

But the removal of so many characters and locations is going to be irksome to many. The issues with the port are also going to pose a bit of a barrier. As it is, though, One Piece: Pirate Warriors 4 is going to be worthwhile for series fans, possibly even more so when the nine DLC characters get added in. Yes, there are character passes now too. What? Not all of the additions can be fun and interesting.

The port has some issues with videos, controllers, and optimization, and the game lacks some content in comparison with its predecessor. But it's still a worthwhile experience for One Piece fans.

One Piece: Pirate Warriors 4 – Quick tips to get you started

By Steven Wong12 hours ago
Reviews