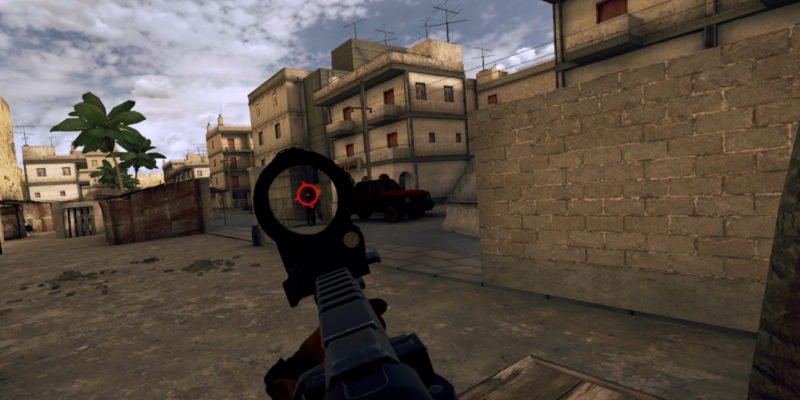 Bringing a first-person shooter into virtual reality isn’t as easy as it sounds. The player’s view, environment, and a multitude of other factors regarding gameplay must now be modified to incorporate a VR headset. With that being said, Onward is a military-style FPS that aims to embrace all of those design challenges in a military-style simulation experience. Now, other platforms will be brought into the fold as Onward goes cross-platform with the Oculus Quest. It’s even got multiplayer, too.

In Onward, there are a variety of different modes available. Offline modes include experiences like Evac, where you fend off enemy forces until you’re extracted from the battle. Others, like Hunt, will have you chase down enemy AI and clear them out. You can also openly explore maps or even head down to the gun range to get familiar with your weapon. This is important, as the style of Onward focuses on simulation when using firearms such as the M16, AUG, or M249 machine gun.

For those wanting more of the multiplayer experience, teams are broken into 10-person squads with objective-based modes. These include escorting the VIP, fighting for control of an Uplink station, or hacking the web with the use of a tablet in-game.

Although the news focuses on the Oculus Quest announcement, that doesn’t mean the development team at Downpour Interactive is isolating Onward players from other headset platforms. In fact, the team wants more to join in.

In the news brief, the team acknowledges that its players aren’t only found in one ecosystem. The news goes on to state, “Take to the battlefield with your friends, no matter what platform you’re playing on. In other words, “Players who use the Oculus Quest will be able to join their friends using Oculus Rift or SteamVR compatible headsets in battle.”

Onward is currently available in Early Access on the Oculus VR platform for $24.99 USD. The new rollout will support players across multiple platforms with Oculus Quest support arriving on July 30, 2020.