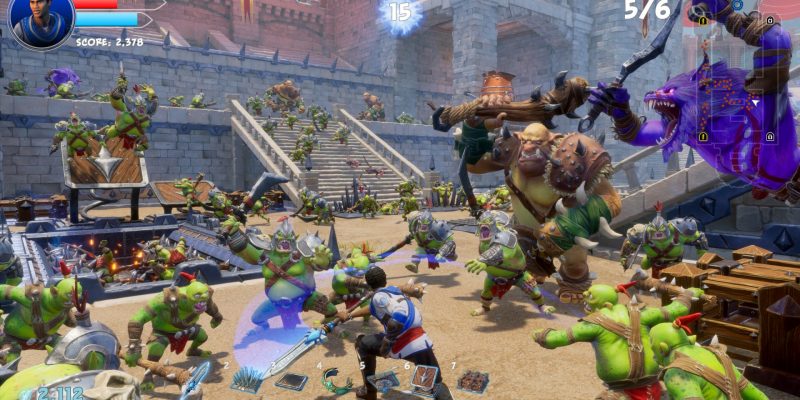 Orcs Must Die! is a third-person tower defense game where you have to stop enemies from getting into the rifts. Either playing solo or with friends, you have various weapons and traps to help you along the way. Now, Orcs Must Die! 3‘s PC release has been announced at the PC Gaming Show. The game originally launched on Stadia last year. The next installment in the franchise brings some new experiences that have not featured in the previous Orcs Must Die! titles.

Firstly, there are two new campaigns to play through. The main new story campaign takes place approximately 25 years after Orcs Must Die! 2. In addition, Orcs Must Die! 3 will feature new war scenarios with larger levels. You will fight even more enemies and get to take the fight to the battlefield outside. This will be the first time that players will be able to play both inside and outside.

Orcs Must Die! 3 also introduces a new game mode into the mix. Once you have taken on the campaign, you can visit the Weekly Challenges and fight the Orcs in a custom-made plot. Another new game mode was also named. This is known as Scrambled, and it adds random elements that will go against you, increasing the difficulty.

Orcs Must Die! 3 will bring new ways to defeat those pesky Orcs

Finally, Orcs Must Die! 3 has new weapons and traps for you to use. War machines are huge traps that allow you to release a tornado and use catapults. The war guardians are useful, as you can place friendly guardians to fight with you and they have their own attacks and abilities.

It is definitely an exciting time if you are a fan of this franchise. You will be able to play Orcs Must Die! 3 when it releases July 23. If you would like to pre-order the game, you can do so now on Steam.