Just as in the case of a number of other players, Fallout 76 dismayed us to no end. Then, just as when all hope was lost, Obsidian Entertainment revealed The Outer Worlds during The Game Awards late last December. The original makers of Fallout — along with some members of the team that made Fallout: New Vegas — looked to be creating some magic. Although the developers are keeping mum, we almost found out what The Outer Worlds’ release date would be — August 6, 2019. And, just as quickly as it appeared, so too did it get pulled. 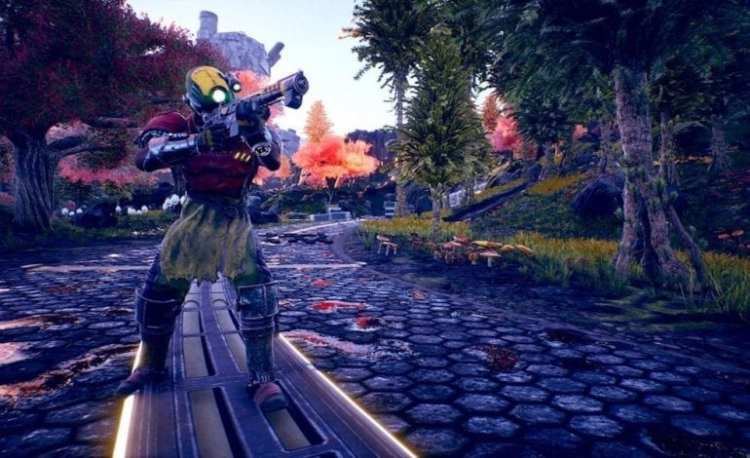 Thankfully, folks noticed the change on Steamdb. The entry notes a change that happened on February 22:

Perhaps someone in Obsidian’s team jumped the gun or got a bit excited? Or perhaps they’re just toying with our collective emotions? In any case, there’s bound to be an official word sooner rather than later.

So what exactly is there to be excited about? Well, apart from a game made by Fallout’s original makers, The Outer Worlds is sure to pique anyone’s interest, especially if they’ve been a fan of the open-world, action-roleplaying genre.

There’s a brand new world to explore, with numerous characters and creatures to tickle your fancy. There’s a sense of nostalgia packaged together with today’s advancements in the engine, graphics, and storytelling techniques. More importantly, The Outer Worlds looks to be fiddling around with some tongue-in-cheek humor and over-the-top antics. One need only watch the announcement trailer from a few months back to realize that it gives off a different vibe — at first glance, the word would be “fun.”

August 6, 2019, might be the planned release date, or it could change over time. What we can be certain of is that many fans will be looking to see if Obsidian Entertainment can deliver. It’s either that, or it might just be another disappointment in the open-world action-RPG genre.

Anthem’s Loot Drops Get Fixed Leading To A “Nerf”

By Sam Robins40 mins ago
News