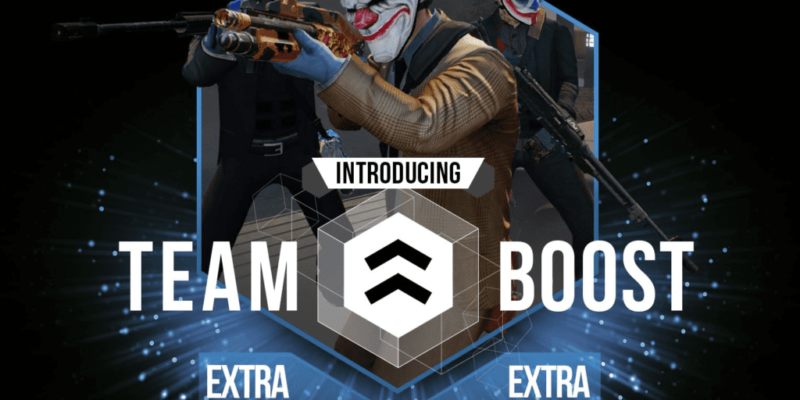 Some advancement today in the stand-off between moderators of the Payday 2 Steam group and developers Overkill. Producer Almir List has agreed to meet and discuss moderator concerns on 18 November.

Last week, moderators Ashley, Jones and Tessio wrote an open letter to Overkill, stating that they were dissatisfied with the way the developer had been mishandling community unrest at the (further) introduction of disruptive microtransactions to Payday 2.

Microtransactions were first introduced to the game in an October update, in the form of weapon skin ‘boosts’ that could only be acquired through the real-money purchase of drills to open the containing safes. After a community backlash, the means to acquire drills through unpaid methods was added.

However, the unrest bubbled up again following the most recent update, which adds ‘Team Boost’ rewards like XP and cash boosts. Previously (and especially prior to the game’s original release), Overkill had stated that Payday 2 would not contain microtransactions.

The unpaid Steam moderation team responded by refusing to work until a public meeting with someone from Overkill could be organised. That will now be happening, as confirmed by Ashley in the link above. The hosting venue is not yet confirmed, but is likely to be Twitch or YouTube. Ashley adds that “I already have a lot of questions to ask [Almir] and the meeting will be around 1-2 hours”.