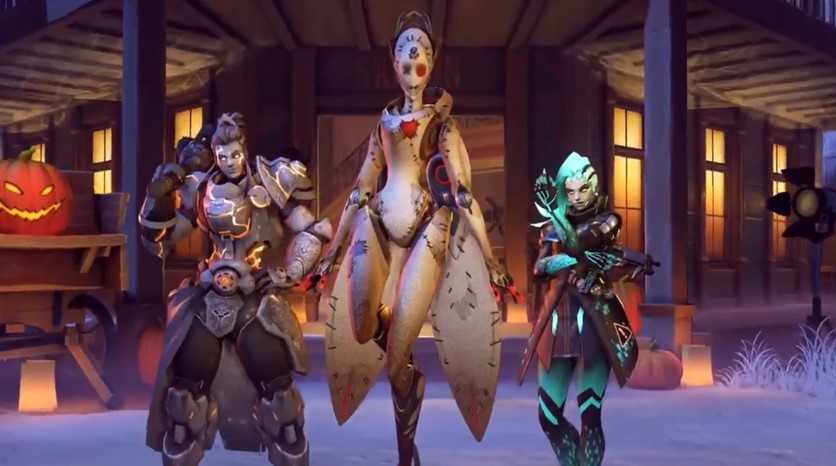 Halloween is here in just a week, and Overwatch 2 is celebrating the annual spooky holiday with the returning Halloween Terror event. This event will function similarly to the other Overwatch 2 Halloween events, with the return of the Junkenstein’s Revenge PvE mode and some new skins for you to purchase for your characters. This horrific event is horrific in more ways than one, from the terrifying PvE mode to the shocking potential price tags. Just kidding (or am I?).

Junkenstein’s Revenge is back with an all-new co-op mission: Wrath of the Bride. The Bride of Junkenstein wants revenge for her dead creator, so she awakens with a fury with this returning horde-based PvE event. The PvE missions have always been quite fun, so as Overwatch 2 goes free-to-play, it’s nice to know that this game mode will be returning and continue to return throughout its lifespan.

The event is apparently offering up four new skins, including a new Halloween-themed skin for Kiriko with the new Witch Kiriko bundle. Notably, there is no news on how we can earn skins through this event this time — not even from the official dev post. I suspect this means that we’ll have to pay for these new skins, and we’ll certainly have to pay money for Kiriko’s new skin. How I miss the free skins from the events. Sojourn is also getting a film noir skin, and other heroes getting new costumes include Junker Queen and Ashe.

There are some free rewards you can earn by watching Overwatch 2 streamers play the Halloween Terror event on Twitch. Streamers who have drops enabled will drop the Werewolf Winston Spray at two hours watched, and the Werewolf Winston Legendary Skin at four hours watched. So hey, there’s a free skin for us! In addition to this event, there’s also a double match XP event, so don’t forget to play some matchmade games as well. Overwatch 2‘s Halloween Terror 2022 event will start today on October 25 and end on November 8.

Gungrave GORE preview — Let it all bleed out