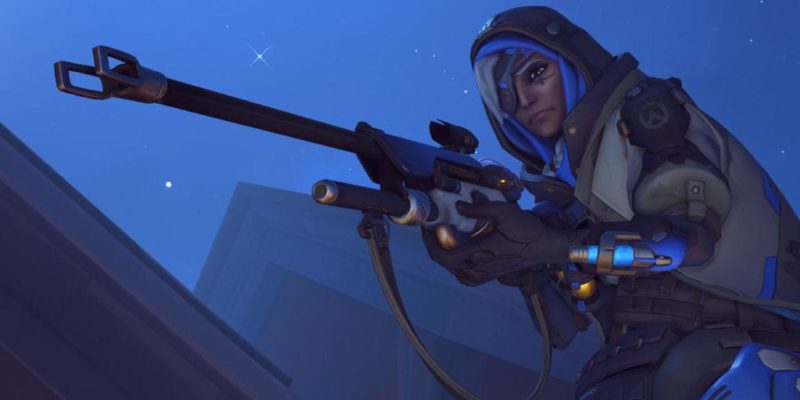 As teased a little while ago by Blizzard, Overwatch has gained a new hero in the form of the healing-inclined sniper, Ana. It was widely assumed that this new character would be the enigmatic ‘Sombra’ referenced throughout the game, but that may be a character reveal for another day.

Indications that this new arrival would be a sniper with healing abilities, however, were spot on. Ana (who is the mother of fellow hero Pharah), has a Biotic Rifle that can fire long-range projectiles that either heal team-mates or deal damage over time to foes. She also has a handy sleep dart to knock Overwatch enemies temporarily unconscious, and a close-range Biotic grenade with a similar ‘heal friends, hurt baddies’ effect to the rifle.

If you have Overwatch on PC and want to give Ana a try this very day, open up the Battle.net client and join the ‘Public Test Realm’ version of the game. You can find this in the area where you select your region/account, near the Play button. As soon as Ana is on the PTR (said to be today), you’ll be able to give her a go.