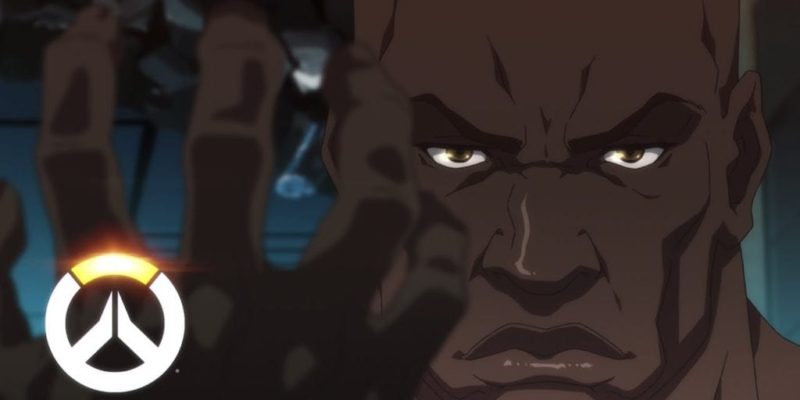 Blizzard have confirmed that Doomfist is “coming soon” to Overwatch with an origin trailer for the hero. There’s also a companion page detailing Doomfist’s abilities and his backstory in more detail.

If you’re on PC, mind you, you can play around with him right now. As usual, that’s through the latest Public Test Realm patch.

Unsurprisingly, the majority of his talents revolve around his gigantic fist. He can fire a short-range burst from his knuckles, do a seismic slam by leaping forward and smashing the ground, and also uppercut foes into the air. In addition, Doomfist is able to charge up a rocket punch and generate personal shields when he causes extra damage.

If that’s not enough for you, he can do an even more powerful version of a slam called the meteor strike. Given all that, it’s not a big shock to see his Overwatch role defined as ‘Offense’. Here’s the trailer and his skills are listed below.

HAND CANNON
Doomfist fires a short-range burst from the knuckles of his fist. Its ammunition is automatically regenerated over a short time.

SEISMIC SLAM
Doomfist leaps forward and smashes into the ground, knocking nearby enemies toward him.

RISING UPPERCUT
Doomfist uppercuts enemies in front of him into the air.

ROCKET PUNCH
After charging up, Doomfist lunges forward and knocks an enemy back, dealing additional damage if they impact a wall.

METEOR STRIKE
Doomfist leaps into the sky, then crashes to the ground, dealing significant damage.