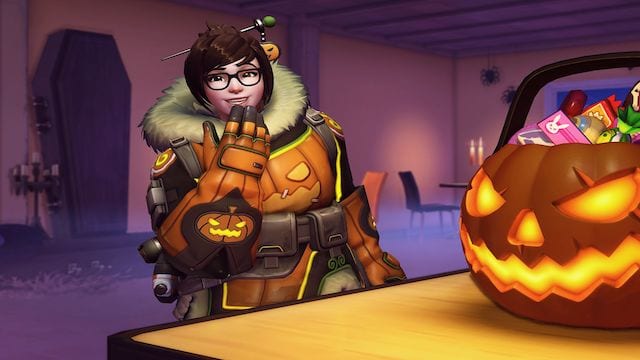 It wouldn’t be Halloween if Overwatch didn’t have some sort of themed event to go along with it, right? Well, don’t worry, fans — you’ll get your tricks and treats with the multiplayer shooter sooner than you might think!

Today, the official Overwatch Twitter account confirmed that the Halloween Terror 2019 event is happening. And what’s more, it kicks off tomorrow and runs through November 4. The tweet is below and features a peek at one of the skins you’ll be able to unlock within the game.

What can fans get?

With this event, fans will be able to unlock a slew of new skins with Halloween themes, along with other special sprays and emotes. But on top of that, the Junkenstein’s Revenge mode will also make a return. In it, players will work together to take on waves of enemies, not unlike a Horde Mode.

Blizzard hasn’t revealed a full list of available skins for the game just yet. So far, the above teaser only gives an idea of what Zenyatta will look like, with a skeleton-like appearance. Also, is he standing? This is probably the first time we’ve seen him stand in, well, ever. Guess he just wanted to stretch his legs.

We’ll hopefully see 2018’s Overwatch Halloween skins make a return, along with the return of the Chateau Guillard map that was so popular last year. Fingers crossed that the publisher has some ghoulish treats awaiting its fans.

The event goes live tomorrow — probably in the early afternoon — and will give players a couple of weeks to unlock everything it has to offer. Fans won’t want to miss out on these goods!

Overwatch is available now for PC, as well as PlayStation 4 and Xbox One. It also releases for the Nintendo Switch on October 15, the same day the event goes live.

Apex Legends will get an updated training mode soon

Saints Row 2 will finally be patched on PC, says Volition