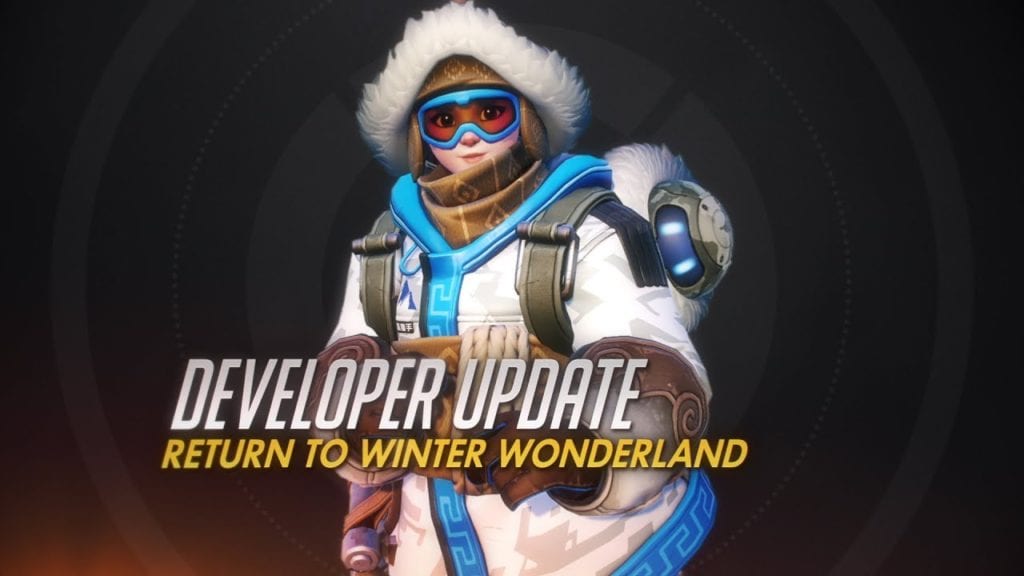 They’re adding Mei’s Yeti Hunt, a ‘boss fight’ style 5v1 mode that pits five Meis (Kaplan says six at first, but corrects himself later) against one Yeti (a dressed up Winston). Matchmaking will allow you to pick whether you’d prefer to play a Mei or the Winston (though obviously the numbers are slightly against you if you wish to be the Yeti). It’ll be based in the Nepal Village map.

The Meis have to find Winston, while Winston has to wander around looking for meat power-ups. If he eats enough, he’ll go into ‘Primal Rage’ mode and be extremely dangerous. And yes, this does sound an awful lot like an Overwatch take on Evolve. If enough Meis die (it wasn’t clear how many), Winston wins. If Winston dies, obviously the Mei horde wins.

That’s not all for Winter Wonderland, naturally. Mei’s Snowball event will be returning, playable in both the original Antarctica location and the new Black Forest seasonal variant. Prior seasonal versions of King’s Row and Hanamura will be returning too.

Skin-lovers, there will be something for you too. Kaplan says Overwatch will get “a lot” of legendary skins during this event. A “long-awaited” Hanzo skin from one of the comics is coming, as are Junker skins. The rest he’s keeping secret until Winter Wonderland begins on 12 December.

Far Cry 5 delayed by a month