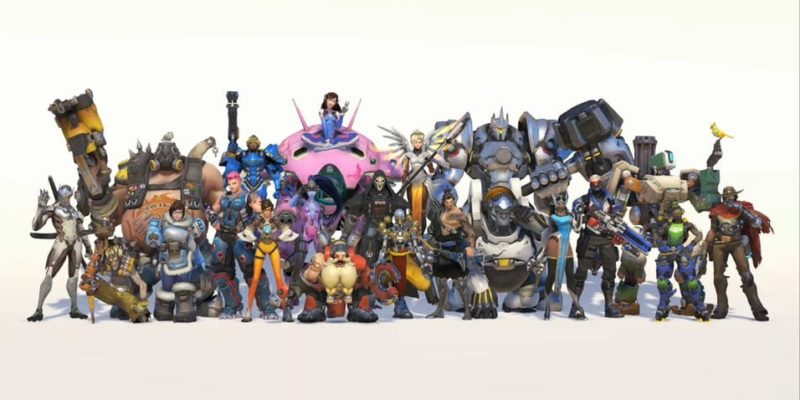 A new map called Hollywood was also shown as part of the video reel .

The different packs we reported on earlier are confirmed with the standard edition with all 21 heroes, the Origins Edition which comes with five additional skins as well as extras for other Blizzard games. The skins look great and tie in with more of the backstory of each of the characters.

The Collector’s Edition we were a little unsure about but we now know that it comes with everything in the Origins Edition and a Soldier 76 statue and the soundtrack.

The game can be pre-ordered now on buyoverwatch.com which is experiencing technical difficulties as I type this. Here’s the fulll pricing details which has just been sent over.

Windows PC, PS4 system, and Xbox One gamers will be able to join the battle by purchasing Overwatch: Origins Edition for a suggested retail price of $59.99—players can visit www.buyoverwatch.com to pre-purchase today. Overwatch: Origins Edition comes with hero skins for five characters based on their storied pasts—Blackwatch Reyes (Reaper), Strike-Commander Morrison (Soldier: 76), Overgrown Bastion, Security Chief Pharah, and Slipstream Tracer—as well as a cache of Overwatch-themed content for several Blizzard Entertainment games††, including a Baby Winston pet for World of Warcraft and Tracer hero for Heroes of the Storm.

Overwatch will also be available in a limited-edition, retail-only Collector’s Edition (SRP $129.99, Windows/PS4 system/Xbox One), which contains all of the content listed above along with a full-color art book, the Overwatch soundtrack, and a high-quality collectible statue of Soldier: 76—the vigilante alter ego of former Overwatch commander Jack Morrison. Quantities are limited; players should check with their local retailer for pre-purchase details and availability.

Windows PC gamers also have the option to download a digital PC edition ($39.99, digital only), which includes all 21 heroes and provides players with the core Overwatch experience. Players who pre-purchase this or any other edition of Overwatch will also receive the bonus Noire skin for Widowmaker upon the game’s launch.