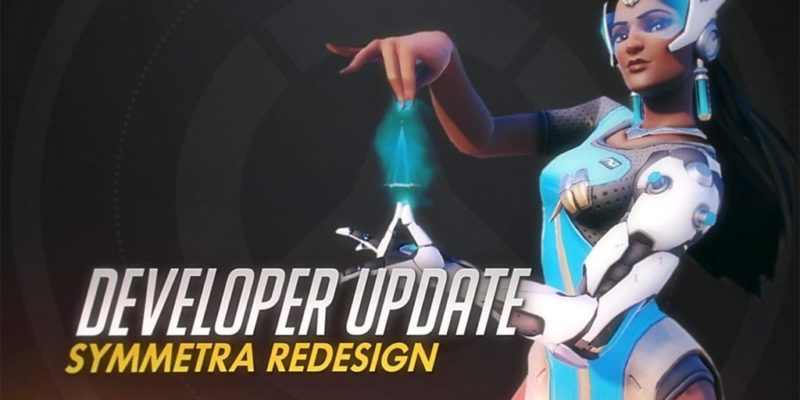 Blizzard has not been happy with Symmetra for a long time but there’s good news because the updated Symmetra will be coming to the Overwatch PTR soon.

According to Jeff Kaplan, Symmetra was deemed to be “overly situational” and they wanted to address some quality of life issues with the character.

The big news is that Symmetra will now have a choice of ultimate abilities and have two ultimates instead of the standard one as seen on all characters. She starts with no ultimate with her meter set at zero but when the ultimate is available it will light up and you will see the teleporter which will work as it did before. However, you can press the ultimate ability again to which will switch to a shield generator which is an object like the teleporter.

The shield generator will create a “more substantial shield, more than her old shields” on all of her teammates in a “very big radius”. It also ignores line of sight so she can hide it from the opposition who will need to find it and take it out.

The teleporter has been buffed and given more health but shield health instead so it regenerates. Blizzard decided that Symmetra’s shields were simply not fun

Blizzard decided that Symmetra’s shields were simply not fun and more of a “chore”. They have now replaced it with a new skill called Photon Barrier which is similar to Reinhardt’s shield, but her’s is “projected on a track of movement”, it moves along a trajectory. Think of it as a moving barrier for defensive and offensive moves.

Her sentry turrets now have a max of six turrets which can be placed instantly and the cooldown is now ten seconds instead of twelve. Her main weapons works as it does now but the primary fire has also had it’s beam distance slightly increased.

Fianlly, the new Oasis map is expected to arrive on the PTR after Symmetra and they want to have the map ready for early 2017.

Watch the video from Jeff for more.